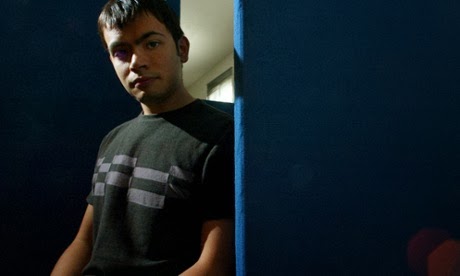 Google has made one its largest European acquisitions to date with a deal to buy DeepMind technologies, a London-based artificial intelligence firm which specialises in machine learning, advanced algorithms and systems neuroscience.
The Guardian understands that Google paid £400m ($650m) for DeepMind, which develops technologies for e-commerce and games, and has demonstrated computer systems capable of playing computer games. It aims, it says, to develop computers that think like humans.
The two-year-old artificial intelligence startup was founded by former child chess prodigy and neuroscientist Demis Hassabis alongside Shane Legg and Mustafa Suleyman.

DeepMind has reportedly competed with Google and other major artificial intelligence companies for talent and Google’s chief executive Larry Page is said to have led the deal himself. Facebook reportedly failed to acquire DeepMind in December 2012, according to Forbes.
Part of the acquisition deal saw Google establish an artificial intelligence ethics board to ensure the technology is not abused, according to sources talking to The Information.
Google confirmed the purchase but declined to clarify specifics of the acquisition.

DeepMind is the latest in a long line of artificial intelligence acquisitions from Google that recently included the learning thermostat and smart fire alarm company Nest, described by Google’s Eric Schmidt as “an important bet” which will lead to products that are “infinitely more intelligent”.
“DeepMind was generally interested in reinforcement learning, and in deep learning, which is very useful in mining so called ‘big data’, something Google has a lot of and is interested in processing,” said Murray Shanahan a professor of Cognitive Robotics at Imperial College London.
Google also acquired a string of robotics firms in 2013, culminating in the purchase of Boston Dynamics in December, the most high-profile purchase at the time and a company holding contracts with the US military.
Google’s robotics and artificial intelligence efforts were put under the leadership of the father of Android, Andy Rubin, in December combining seven quietly acquired technology companies to foster a self-described “moonshot” robotics vision.

Before DeepMind, Hassabis – described as “very brilliant” by his peers – completed his A-level exams two years early and went on to have a career in computer games with high-profile games studio Bullfrog in the mid-1990s.
At 17, Hassabis co-designed and was lead programmer on the classic Theme Park with legendary game designer Peter Molyneux.
Hassabis then left Bullfrog to take a place at Cambridge University, attaining a double first in Computer Science in 1997, and going on to be lead AI programmer at Molyneux’s Lionhead Studios on the landmark game Black & White.
Having set up his own games developer, Elixir Studios in 1998, Hassabis left the games industry for cognitive neuroscience and artificial intelligence publishing influential papers in memory and amnesia.
Attaining a doctorate in Cognitive Neuroscience from University College London in 2009, Hassabis left academia in 2012 to found DeepMind Technology.