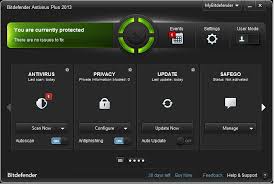 As much as Microsoft has continued to improve on the security program on the windows, there is still need to install anti-virus software on your computer. This is because the defense provided by windows program is not sufficient for your computer, especially in the light of growing organized crime and malwares.
Factors to Consider While Choosing Antivirus Software
There are many anti-virus brands in the market, each of them differing in terms of

The best of the brands will have exceptionally good capabilities in the three factors mentioned above.
Performance
This is one of the most vital criterions of selecting the anti-virus product. Performance of an antivirus means that it can:

To measure the performance of antivirus software, various tests are conducted. They also reveal the ability of software to have security through repairs and protection of products. To conduct this test, many workstations are selected and hence installing the antivirus product.
Features
It is important to consider the needs that one must have, and hence select an antivirus product that meets such requirements. A product must protect one from phishing, email flag threats and instant messages.  The features should also enable you to scan for threats when one inserts a thumb drive.
Support
It is important for you to select the kind of product that offers you maximum support. This support can be offered through emails or phone calls. Most of these support services should be available on a 24 hour basis- though not always possible.
Considering how vulnerable your computer is, there is need to select the best antivirus software to ensure that you have offered maximum protection to your computer.
Finding Out From the Reviews on the Best Antivirus Software
The best antivirus program always receives the best comments from the reviews available. When you go through bitdefender reviews, you will realize that most clients have received good performance, the best features and maximum support from the software. The reputation of such programs will tell you that security of every computer is guaranteed when people install them.
There are some companies that award the best antivirus software based on the reviews, and the various tests conducted once in a while. Most of the highest ranked software is hence announced publicly to all the potential clients. Many times, bifdefender has been ranked very highly ranked in these awards.
Bitdefender reviews indicate that the software is good for people who want to control the process manually. It is also ideal for people who are looking for a program that will make decisions for them. More so, the program does not affect the performance of your computer, something that is of major concern to many individuals.
The Process of Installing Antivirus Software
To install any antivirus software on your computer, you must follow some simple steps. The first step is usually the pre-installation program that does not require you to reboot your computer. The step involves one dragging and dropping some modules, as given by the available instructions on a computer, which further helps perform actions on the windows.
A feature known as auto pilot is used on the antivirus application process. This is specifically found in the some good software such as bitdefender.
With the best antivirus program, it is possible to deal with all the malwares such as viruses, Trojans and worms among others. It also protects you from those malicious websites or emails. It should also be very effective. The best thing it is not hard to find such software, some of it being available from the online sources. The rates of getting such programs are also very affordable.