The 8th match of Indian T20 League 2020 is all set to be played between Kolkata and Hyderabad in Abu Dhabi. Both Kolkata and Hyderabad have started their campaign with losses in their opening games and are the only two sides who are yet to register a win this season. Kolkata suffered an all-round failure in their first game against Mumbai, which led to a 49-run defeat in Abu Dhabi. 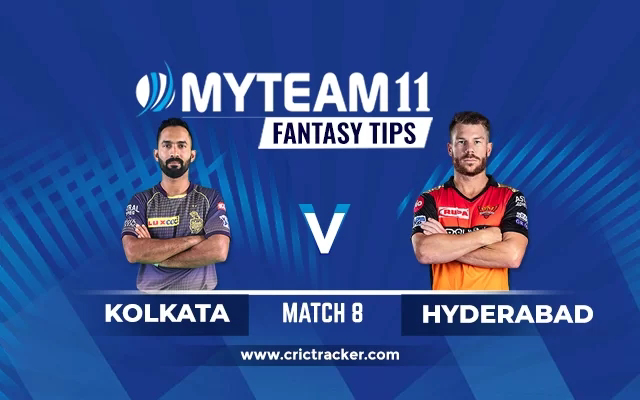 Their poor display with the ball followed by a batting order failure were the main reasons behind their defeat. However, they will be more aware of the condition of the wicket in Abu Dhabi and would like to take full advantage of that to get going in this match. They will be expecting their senior players like Pat Cummins, Morgan to perform and get them the first win of the tournament.

On the other side, Hyderabad botched up the very wrong moment while chasing against Bangalore in Dubai. Their over dependence on the opening pair followed by an inexperienced middle order can create a huge barrier for them this season. However, they will be hoping for someone like Kane Williamson to be fit and ready to go in the middle order to solve this problem. They will be determined to get going and not fall behind in the very first two games of the season.

Team of the day