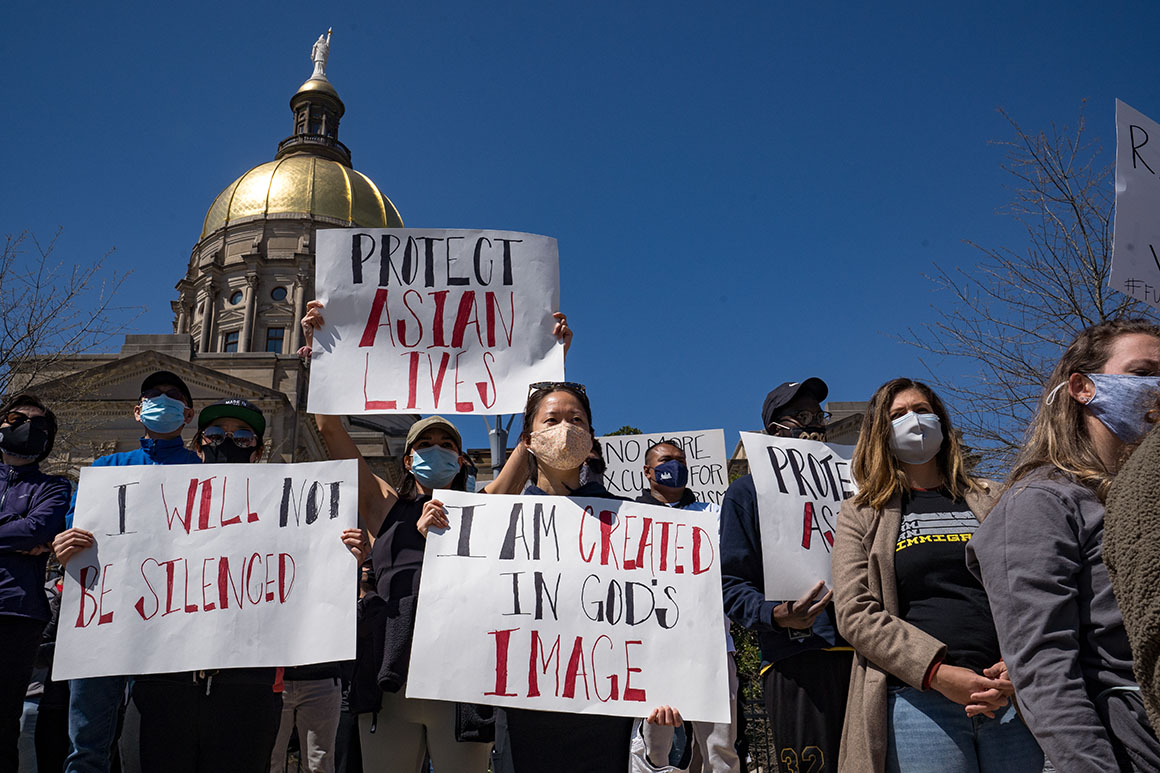 The House on Tuesday passed a modest measure aimed at combating a surge in hate crimes directed at Asian Americans amid the coronavirus pandemic, its final step before being signed into law.

The overwhelming 364-62 vote caps an unusual bipartisan congressional effort to stem a rise in bias crime that’s sparked fear in the Asian American community and drawn national attention after an Atlanta-area shooting killed six Asian American women. Bipartisan deal-making allowed the bill to avoid the political paralysis that has bogged down other legislation in the aftermath of national tragedies.

The bill, which would create a Justice Department position focusing on anti-Asian hate crimes and provide resources to beef up state and local reporting, was backed by every Democratic lawmaker who voted. It now heads to President Joe Biden for his final approval; he has pledged to sign the legislation.

Anti-Asian hate crimes reported to police in major U.S. cities spiked by 169 percent in the first quarter of 2021 compared to the same period in 2020, according to a report by the Center for the Study of Hate and Extremism at California State University, San Bernardino. Advocates say the actual number of crimes and hate incidents could be much higher because of chronic under-reporting within minority communities.

Democrats and many Asian American advocates had faulted controversial rhetoric about the pandemic by former President Donald Trump and other Republicans, such as the derogatory phrase “China virus,” for inflaming xenophobic attitudes against Asian Americans.

The final legislation does not mention Trump, though the House is poised to pass a separate nonbinding resolution condemning the Atlanta-area shooting deaths of Asian American women — now being investigated as a hate crime — and attributing part of the spike in anti-Asian sentiment to discriminatory “terminology and rhetoric.”

Lawmakers and advocates hailed the passage of the legislation as a first step towards curbing the pandemic-era rise in hate crimes. Other than a nonbinding resolution passed by the House last year condemning anti-Asian sentiment, it is Congress’ first substantive piece of legislation addressing the issue.

A House hearing earlier this year on anti-Asian American hate, however, descended into partisan acrimony. Democrats accused Republicans of putting a “bull’s-eye” on the backs of Asian Americans, while GOP lawmakers said Democrats were attempting to hamper free speech. That sort of bitterness was mostly absent Tuesday as the legislation passed.

Still, lawmakers said the bill would be only the first step toward a longer-term solution. Chu noted that mental health issues are often “endemic” to perpetrators of hate crimes, “which shows that we have to have a better response overall for mental illness in our nation.”

And Rep. Grace Meng (D-N.Y.), the bill’s chief House sponsor, said the bill’s passage would show Congress has “the Asian American community’s back” and is “making clear that an attack on the Asian American community is an attack on all of us.” Meng had introduced a version of the bill in the last Congress, but it failed to advance in either chamber.

Rep. Michelle Steel (R-Calif.), one of two Asian American Republicans in Congress, lamented the lack of input House Republicans like her had on the final legislation, but still said she was “proud to be standing here today to condemn these violent acts and support my community.” She’d led a bipartisan resolution condemning anti-Asian American hate, though it had not moved forward in the House or been included in the bill.

Some progressive activist groups, like 18 Million Rising, have expressed concerns about the bill’s reliance on policing amid a national conversation over law enforcement bias and brutality in minority communities, though Meng said the bill’s main focus was on improving data collection.

While she understood the activists’ concerns, Meng pointed out that the bill allocated no new funding to law enforcement: “This legislation does assume that law enforcement is under-reporting these kinds of incidents, and it makes it easy to ignore hate crimes all together.”

Rep. Don Beyer (D-Va.), the lead House sponsor of the component of the legislation aimed at improving local hate crimes reporting, said that it’s “exactly what’s needed, because we have known there’s been an under-count of hate crimes for years and years.”

The Senate easily passed the bill last month on a 94-1 vote, with Sen. Josh Hawley (R-Mo.) as the sole opponent. A bipartisan deal on amendments had cleared the way for the bill’s final passage, averting a Republican filibuster.

The legislative language was tweaked after Republicans like Maine Sen. Susan Collins expressed concerns that the original text was too narrowly focused. Sens. Jerry Moran (R-Kan.) and Richard Blumenthal (D-Conn.) also successfully amended it to provide grants to state and local governments to improve their hate crimes reporting systems, while Sen. Raphael Warnock (D-Ga.) added language mourning the victims of the shootings in his home state.