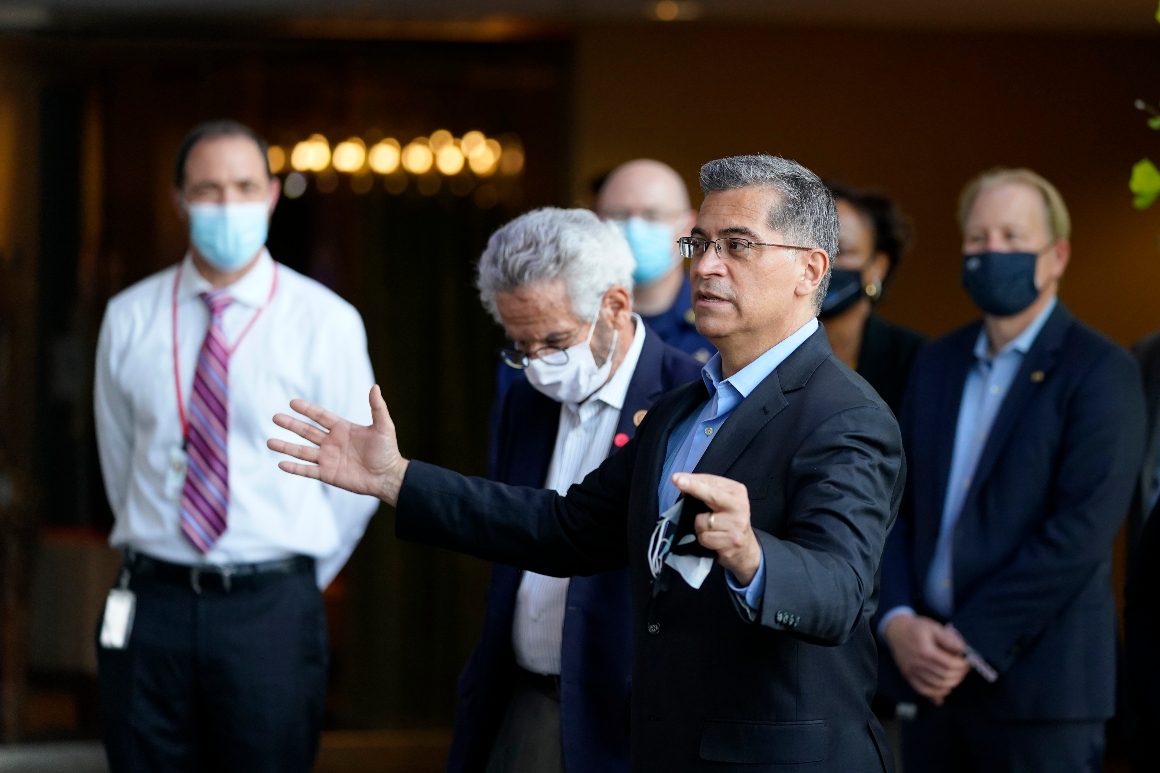 The Department of Health and Human Services has diverted more than $2 billion meant for other health initiatives toward covering the cost of caring for unaccompanied immigrant children, as the Biden administration grapples with a record influx of migrants on the southern border.

The redirected funds include $850 million that Congress originally allocated to rebuild the nation’s Strategic National Stockpile, the emergency medical reserve strained by the Covid-19 response. Another $850 million is being taken from a pot intended to help expand coronavirus testing, according to three people with knowledge of the matter.

The reshuffling, which HHS detailed to congressional appropriators in notices over the last two months, illustrates the extraordinary financial toll that sheltering more than 20,000 unaccompanied children has taken on the department so far this year, as it scrambled to open emergency housing and add staff and services across the country.

It also could open the administration up to further scrutiny over a border strategy that has dogged President Joe Biden for months, as administration officials struggle to stem the flow of tens of thousands of unaccompanied children into the U.S.

On its own, the $2.13 billion in diverted money exceeds the government’s annual budget for the unaccompanied children program in each of the last two fiscal years. It is also far above the roughly half-billion dollars that the Trump administration shifted in 2018 toward sheltering a migrant child population that had swelled as a result of its strict immigration policies, including separating children from adults at the border.

In addition to transferring money from the Strategic National Stockpile and Covid-19 testing, HHS also has pulled roughly $436 million from a range of existing health initiatives across the department.

“They’ve been in a situation of needing to very rapidly expand capacity, and emergency capacity is much more expensive,” said Mark Greenberg, a senior fellow at the Migration Policy Institute who led HHS’ Administration for Children and Families from 2013 to 2015. “You can’t just say there’s going to be a waiting list or we’re going to shut off intake. There’s literally not a choice.”

HHS spokesperson Mark Weber told POLITICO that the department has worked closely with the Office of Management and Budget to find ways to keep its unaccompanied minor operation funded in the face of rising costs.

“All options are on the table,” he said, adding that HHS has traditionally sought to pull funding from parts of the department where the money is not immediately needed. “This program has relied, year after year, on the transfer of funds.”

Health secretary Xavier Becerra has the ability to shift money among programs within the sprawling department so long as he notifies Congress, an authority that his predecessors have often resorted to during past influxes of migrant children.

But these transfers come as HHS has publicly sought to pump new funds into the Strategic National Stockpile and Covid-19 testing efforts by emphasizing the critical role that both play in the pandemic response and future preparedness efforts.

“The fight against Covid-19 is not yet over,” Becerra testified to a House panel on Wednesday in defense of a budget request that would allocate $905 million for the stockpile. “Even as HHS works to beat this pandemic, we are also preparing for the next public health crisis.”

Becerra later stressed the need to “make sure we’ve got the resources” to replenish the Strategic National Stockpile, which came under scrutiny early in the pandemic after officials discovered it lacked anywhere near the amount of protective equipment and medical supplies needed to respond to the crisis.

“We’ve learned that this is going to be a critical component of being able to respond adequately and quickly to any future health care crisis,” he told Rep. Debbie Dingell (D-Mich.).

In another exchange, Rep. Markwayne Mullin (R-Okla.) repeatedly pressed Becerra over whether HHS would benefit from Congress investing more in other parts of its operation, rather than funding a further expansion of Covid testing. Mullin specifically cited the record numbers of migrant children arriving at the border.

But Becerra batted that suggestion away, telling him that “we have to continue an aggressive testing strategy.”

“We have to continue to make investments to prevent the spread of Covid and its variants,” he said.

Beyond taking funding from the stockpile and Covid testing, Weber could not immediately say what other areas within HHS have been affected.

But funneling money away from existing HHS programs risks undermining other critical health initiatives, and irritating the public health groups and lawmakers who advocate for the funding every year.

The Trump administration faced withering criticism in 2018 for transferring hundreds of millions of dollars meant for biomedical research, HIV/AIDS services and other purposes to cover the expenses tied to an unaccompanied child population that would peak close to 14,000 that year.

That scrutiny was driven in part by bipartisan disapproval over then-President Donald Trump’s “zero tolerance” policy that separated children from their parents, which left HHS with responsibility for carrying out a costly reunification effort.

The Biden administration, by contrast, has moved to unwind several of the Trump era’s most restrictive immigration policies. Yet as it confronts the need to care for an even greater number of migrant children, health groups have bristled at the prospect it could take away from public health priorities even as the U.S. combats a pandemic.

“It is concerning any time funds need to be diverted from their originally intended purpose because of limited resources,” said Erin Morton, executive director of the Coalition for Health Funding. “We have consistently asked our public health system to do more with less and we have underfunded essential programs that today are critical to addressing the multitude of challenges facing the country.”

The transfers could also stretch funding for other programs within HHS’ Administration for Children and Families, which oversees various social services including child care and support for newly arrived refugees.

Biden cited concerns about the strain on the HHS refugee office involved with both aiding refugees and caring for unaccompanied children in his initial refusal to raise the refugee admissions cap from historic lows — a decision he later reversed in the face of swift blowback.

“Obviously this will have a significant impact on the ability of ORR to serve refugees and asylees,” Bob Carey, who ran the Office of Refugee Resettlement from 2015 to 2017, said of the potential need to shift more funding toward sheltering migrant children.

Still, Carey and others defended the transfers as unfortunate yet necessary, and a consequence of the urgent need to get rising numbers of unaccompanied children out of jail-like facilities at the border.

After effectively sealing the southern border last year, the Trump administration never expanded its shelter capacity to the level that HHS has pegged as critical to its preparedness, Greenberg said, leaving the department shorthanded when Biden resumed allowing migrant children into the country.

The pandemic further handicapped HHS, halving its number of available beds due to the need to follow Covid-19 precautions. That forced a scramble to build out a dozen emergency shelters that have historically, on average, cost more than double the amount per day to house each child than it does in licensed facilities.

More than half the migrant children in HHS custody are now housed in emergency shelters, Weber confirmed.

HHS in recent months has additionally agreed to hundreds of millions of dollars in no-bid contracts with an array of emergency response and logistics companies to build out services and staff at the emergency shelters.

“If they had started this year with 16,000 beds instead of 8,000, they could have managed in February and had time to determine how in an orderly way to expand capacity for the very large numbers in March,” Greenberg said. “Fundamentally, it’s this mix of: numbers were greater than expected, capacity was less than needed and there was tremendous pressure to alleviate crowding at [the border].”

Those dynamics are expected to hold for at least the next couple months, as hundreds of new unaccompanied minors arrive at the border daily and are transferred into the health department’s care.

And with no indication so far that the Biden administration will seek new emergency border aid from Congress, that means HHS’ expenses are only likely to balloon further, forcing additional costly transfers within the department.

“It’s going to be expensive,” Carey said. “I can’t think of a situation that’s more complex than this.”