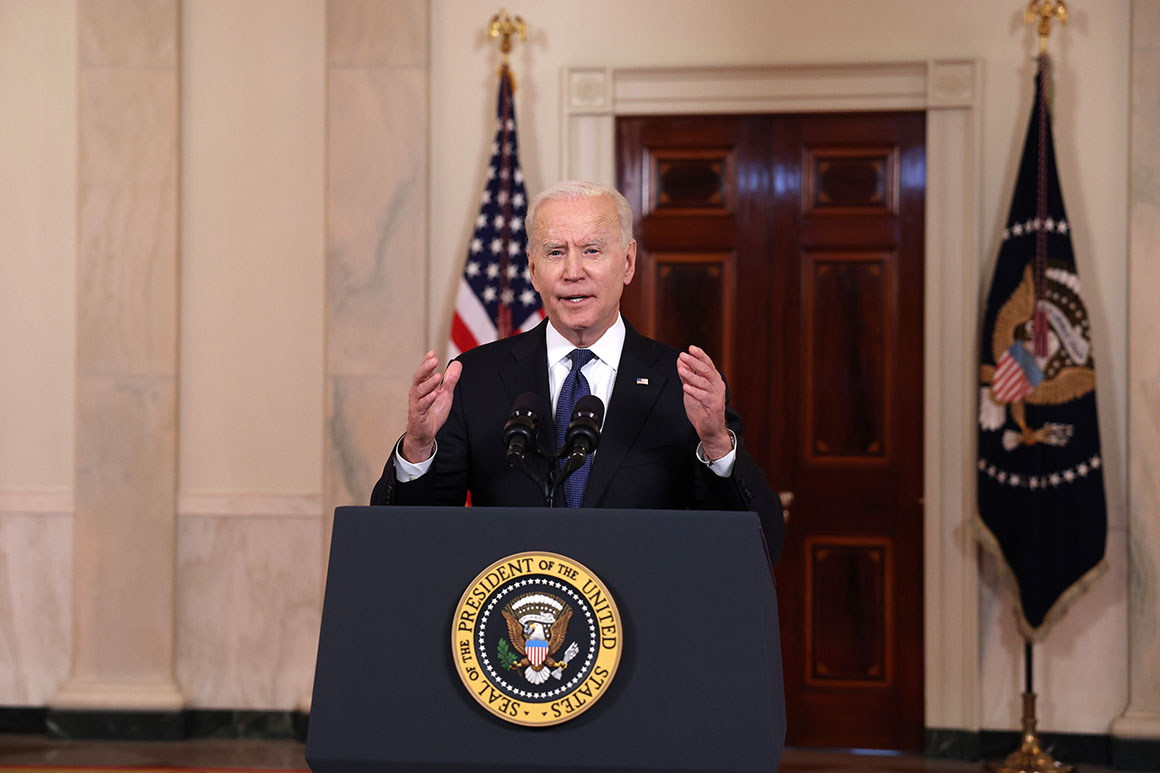 President Joe Biden on Thursday commended Prime Minister Benjamin Netanyahu of Israel for drawing “the current hostilities” to an end, shortly after news of a cease-fire with a Palestinian faction was reported.

Biden, in a roughly four-minute evening speech from the White House, emphasized Israel’s right to defend itself, and said he pledged to Netanyahu his “full support” to replenish the nation’s Iron Dome defense system after the Israel-Hamas agreement was reached. Biden also expressed optimism about the issue going forward.

“I believe the Palestinians and Israelis equally deserve to live safely and securely and enjoy equal measures of freedom, prosperity and democracy,” the president said. “My administration will continue our quiet, relentless diplomacy toward that end. I believe we have a genuine opportunity to make progress and I’m committed to working for it.”

Biden said that Israel and Hamas and other groups agreed to a “mutual, unconditional” cease-fire agreement after a damaging 11-day conflict. The clash has been the most significant since a 50-day war in 2014, and also ended this time without a clear victor.

Biden had told Netanyahu in a call Wednesday that he “expected a significant de-escalation today on the path to a cease-fire,” according to a White House readout of the call. Biden had largely dismissed calls within the Democratic Party to push for a cease-fire and had drawn the ire of Republicans, who argued he was insufficiently backing Israel and its right to defend itself.

This White House had recently called Biden’s approach “quiet, intensive diplomacy.” Amid the conflict, Biden has not yet picked a U.S. ambassador in Jerusalem.

The politics around the conflict have changed in recent times, with a swell of progressive Democrats speaking out against the United States’ aid to Israel and backing Palestinian rights. A group of progressive lawmakers, spearheaded by Rep. Alexandria Ocasio-Cortez (D-N.Y.), announced a resolution this week to block a $735 million sale of arms to Israel.

The battle began May 10 with Hamas firing rockets in the direction of Jerusalem after conflict at the Al-Aqsa Mosque complex between Palestinian demonstrators and Israeli police. For Muslims the site is the Noble Sanctuary, and for Jews it is the Temple Mount. A heavy-handed law enforcement response at the complex and the potential eviction of Palestinian families by Jewish settlers had raised the temperature.

Israel conducted hundreds of airstrikes, saying it was focusing on Hamas’ infrastructure, and Hamas fired thousands of rockets at Israeli cities from civilian areas, with most not reaching their targets. At least 230 Palestinians died, including 65 children, and 12 people in Israel died, including a young child and a teenage girl.

Israeli attacks have damaged more than 50 schools and at least 18 hospitals and clinics, according to an advocacy group and the World Health Organization, respectively, with the Gaza Strip hit heavily.

“These hostilities have resulted in the tragic deaths of so many civilians, including children,” Biden said on Thursday. “And I send my sincere condolences to all the families, Israeli and Palestinian, who have lost loved ones and my hope for a full recovery for the wounded.”

Biden also said that the U.S. was committed to helping provide “rapid humanitarian assistance” for Gaza reconstruction and the people of Gaza.

The Associated Press contributed to this report.