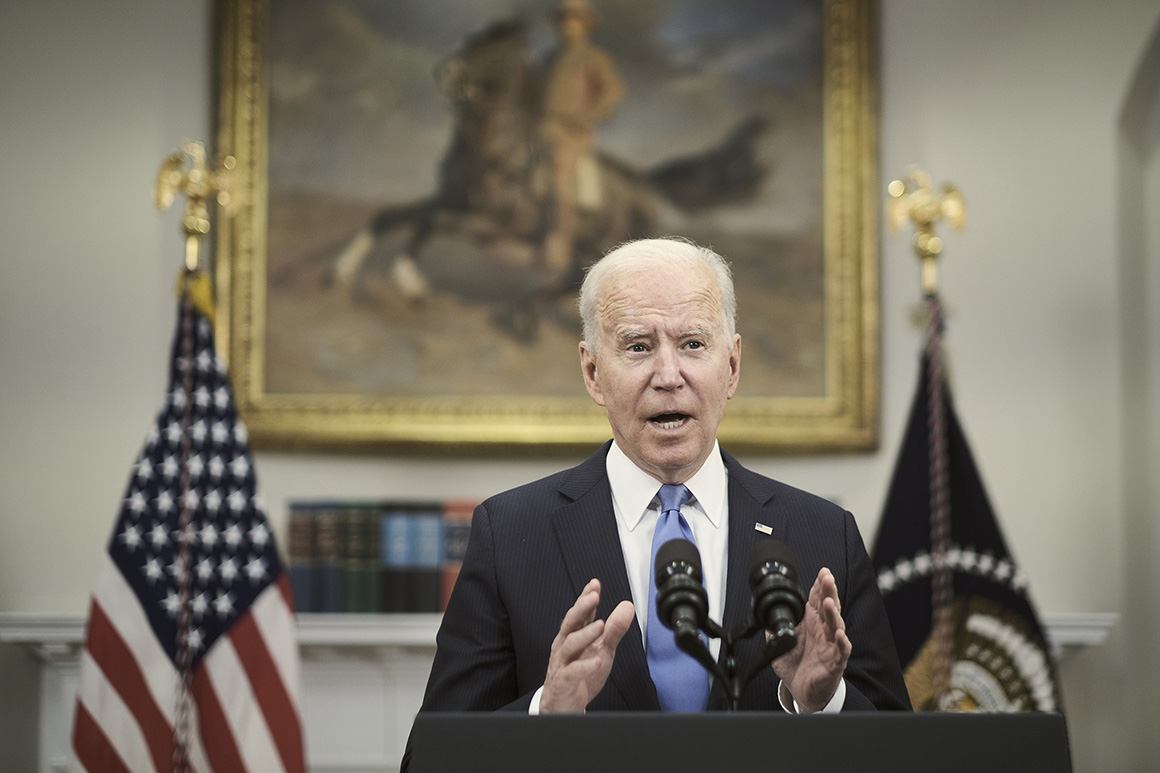 The Biden administration is taking pains to explain to Americans where the country is headed as the economy spits out anxiety-inducing data on prices and jobs. But it’s struggling to find a clear message.

Treasury Secretary Janet Yellen spooked markets this month when she said interest rates could rise if the economy heated up too much — then clarified a few hours later that it wasn’t a prediction. President Joe Biden held a press conference to discuss a disappointing jobs report, then circled back three days later to address the issue again, suggesting to some that he was concerned about public reaction. And the president has called for his multi-trillion-dollar infrastructure package to be paid for with tax hikes, which indicates that he’s worried about too much spending even as the administration downplays both inflation and deficit fears.

The inconsistent messages the administration is sending on economic policy have drawn angst from some political allies, who say it muddles the argument for their agenda.

“When you have a messaging campaign where you’re reacting to the latest data point, that sows confusion and it makes it look like they don’t really have a plan,” said Claudia Sahm, a former Federal Reserve economist who is now a senior fellow at the Jain Family Institute. “This is exactly the moment where you’ve got to really get a hold of the narrative and hang on.”

Growing concern over the direction of the post-pandemic recovery and the administration’s response is opening up new lines of attack for Republicans, who see the early missteps as their best hope yet to help stall Biden’s tax-and-spend agenda and thwart Democrats in the 2022 midterms. Over the last week, GOP officials and party committees have seized on a series of unfavorable economic headlines to warn that further spending will send the economy into free-fall — with the Republican National Committee already comparing Biden to Jimmy Carter.

“The economy is the big issue,” Jennings said, pointing to everything from temporary gasoline shortages spurred by the pipeline hack on the East Coast, to potentially longer-term headaches for Biden such as inflation and the unexpectedly poor April jobs report. “All of it — that will drive whether the GOP can move him down.”

Government data over the past week showed higher-than-expected price surges as well as the slowdown in the pace that the economy is adding jobs, sharp changes that caught forecasters both inside and outside the administration by surprise.

Still, top officials such as Yellen and Fed Chair Jerome Powell have been forecasting somewhat higher inflation for months, saying the reasons behind it — supply bottlenecks, worker shortages and an unusually high enthusiasm for spending as businesses reopen — should only persist temporarily as the economy emerges from the coronavirus pandemic.

White House officials, meanwhile, say the deadly pandemic was bound to cause bumps in the economic recovery but that they are focused on larger trend lines and not fixating on potentially ephemeral one-off reports.

“We know that the mismatch between different parts of the economy will show up in unexpected ways until the economy more fully recovers,” said Cecilia Rouse, chair of the Council of Economic Advisers, at a briefing Friday. “As the president urged earlier this week, we must be patient.”

Taken together, however, Republicans see an opportunity to damage the president in ways they’ve largely been unable to do, particularly after putting up what many in the party acknowledge was a feeble attempt at scuttling the Biden administration’s successful passage of a $1.9 trillion Covid relief plan, which remains popular with the American public.

“[Biden’s] lack of leadership in the face of this serious threat is hurting people every day,” said Sen. Rick Scott (R-Fla.), who chairs the National Republican Senatorial Committee. “Every increase in food, gas and household good prices, even increases of just a few cents, negatively impact families. There is no question whether inflation is happening.”

The dire warnings are also giving Republicans the chance to take a second run at the massive Covid package, arguing that it was too much, too fast — a point Biden’s advisers are sensitive about given the critiques of left-of-center economists such as Larry Summers.

“I really believe that the economy was improving on its own,” said Sen. Rob Portman (R-Ohio), adding that some of those concerns were shared by Democrats. “We really should not have been pumping up the economy and priming the pump with additional cash including the $1.9 trillion Covid package, and I think we’re seeing the results of that.”

“I think we need to be careful and allow the economy to improve as it was slated to do anyway,” he said, “without unnecessarily priming the pump and creating more inflation.”

White House officials say they’re most focused on communicating with the American people about what they’re seeing in their everyday lives, rather than engaging with politically motivated arguments from Republicans, and want to keep the focus on their economic message of rescue and then recovery.

Yet the response from the right has been swift, a contrast to the policy-light culture war du jour Republicans were focused on the first few months of the new administration, which so far has failed to dent Biden’s overall approval numbers — or many of his comparatively high marks on handling Covid and the economy. Biden aides and allies pointed to the polling.

“The big problem for the Republicans is that their economic critique of Biden is premised on their opposition to the American Rescue Plan, which is a losing proposition for them,” said Geoff Garin, the veteran Democratic pollster. “The American Rescue Plan continues to be very popular, and the unanimous opposition to it by Republicans continues to be a bad look for them.”

Others pushed back on the GOP response as a predictable tactic they hope will help stop Democrats from enacting their agenda.

“They’re putting forward arguments that are self-contradictory, without irony, like saying, to raise taxes will harm the economy and slow it down so you should not pass Biden’s plan, while simultaneously saying that the economy is overheating — so we cannot afford to spend more money because that will make us grow too fast and generate inflation,” said Austan Goolsbee, who chaired the Council of Economic Advisers during the Obama administration. “So those two points are contradictory, but they are simultaneously making both of them.”

Many economists on Wall Street share the view of the administration and the Fed that higher inflation fueled by temporary factors will likely be mostly worked out in a matter of months, though some in the financial industry have privately pointed out the potential for confusion with officials such as Yellen speaking extensively about what might happen with inflation, an issue for which the Fed is generally given responsibility.

White House officials say they consider inflation as part of a broad range of economic indicators they track as shepherds of the economy. They also argue that the Treasury chief was misinterpreted in her comments about how rates could rise if inflation picks up, saying she was merely commenting that the Fed would have the tools to respond to any concerning longer-term pickup in prices.

For their part, Fed officials craft disciplined public messaging around what is happening with inflation and what type of price increases might trigger them to pull back support for the economy; namely, they think it would slow down the recovery for them to overreact to transient inflation, but they’ll take policy action if there are signs that price increases are spiraling.

“The Fed has an incredibly difficult challenge right now to communicate its intent to see through this period of inflation,” said Tony Fratto, a former Treasury and White House official in the Bush administration. “Communicating its intent, in fact, is how the Fed executes policy. I think it would be best if Treasury officials didn’t complicate that challenge.”