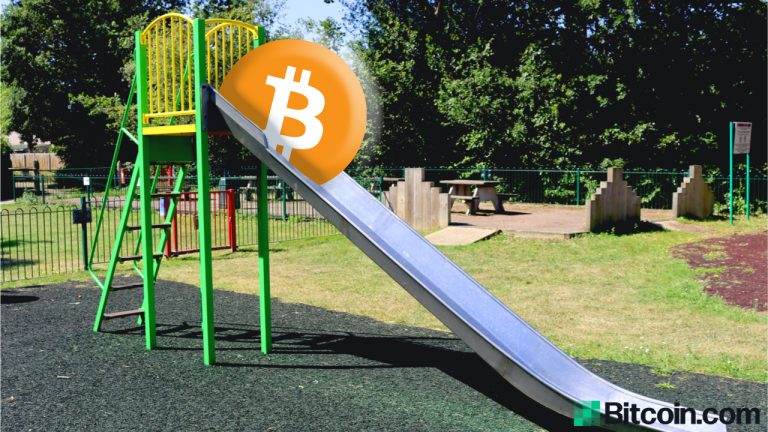 While bitcoin prices plummeted this week, the network’s hashrate has also dropped considerably since tapping a high on May 9. Since then, the hashrate has seen swings between 10-15% because of the crypto market downturn, alleged issues with alleged power outages in Sichuan, China, and the upcoming difficulty change.

Bitcoin’s hashrate has been fluctuating in recent days after the price of BTC dropped significantly in value during the last week. After some recovery, bitcoin (BTC) market data shows that seven-day stats indicate a weekly loss of 15% on Thursday afternoon (EST).

The network’s hashrate or processing power has also followed the downward slide. There are numerous factors that show why the hashrate has slumped and the BTC price drop is just one of the reasons.

On May 16, the Bitcoin hashrate of the entire network plummeted, with Antpool -16%, F2pool -11%, Binancepool -14%, and Huobipool -23%. People in the Sichuan industry pointed out that it should be a temporary phenomenon. pic.twitter.com/s3fb37t2mK

Another reason for the hashrate fluctuations stems from reports in China. According to the reporter Colin Wu or “Wu Blockchain,” on May 16 “the Bitcoin hashrate of the entire network plummeted.” Wu said that Antpool, F2pool, Binance Pool, and Huobi Pool all saw hashrate percentage losses.

“People in the Sichuan industry pointed out that it should be a temporary phenomenon,” Wu remarked. In fact, the hashrate started climbing northbound again after Wu’s Twitter statements. Wu said, however, that the power consumption in China is in heavy demand at the moment. Wu further stressed:

The main reason is that the local weather is hot and the industrial power consumption is large, but the water flow of hydropower is insufficient, which is 30% less than in rainy years. The power company decided to start a temporary blackout of the mine at 2 pm on the 16th.

With a Difficulty Spike Expected in 9 Days, Miners May be Laying Low

Grid issues in China have always plagued miners throughout the years, especially during the wet season in Sichuan. The wet season helps the flow of hydropower, but the natural elements can also cause flooding and power outages as well.

China’s mining dominance is not the only reason the hashrate dip has been in play. Another reason why the hashrate is dropping lower might be because of the predicted difficulty spike coming up in nine days.

Bitcoin’s mining difficulty tapped a lifetime high as Bitcoin.com News reported last week, and at the time of the report, the difficulty change was an estimated 13 days away. BTC miners might be gaming the network in order to drop the difficulty to a lower metric.

If BTC miners let the hashrate ride high above the 180 to 200 exahash per second (EH/s) range to this day, then the difficulty would have jumped to an estimated 30.30 trillion. At the time of writing, BTC’s mining difficulty is 25.0 trillion and instead of jumping to 30.30T, current estimates show a smaller 2.90% spike to 25.77T.

What do you think about Bitcoin’s hashrate dropping following issues in China, the price drop, and the upcoming difficulty spike? Let us know what you think about this subject in the comments section below.