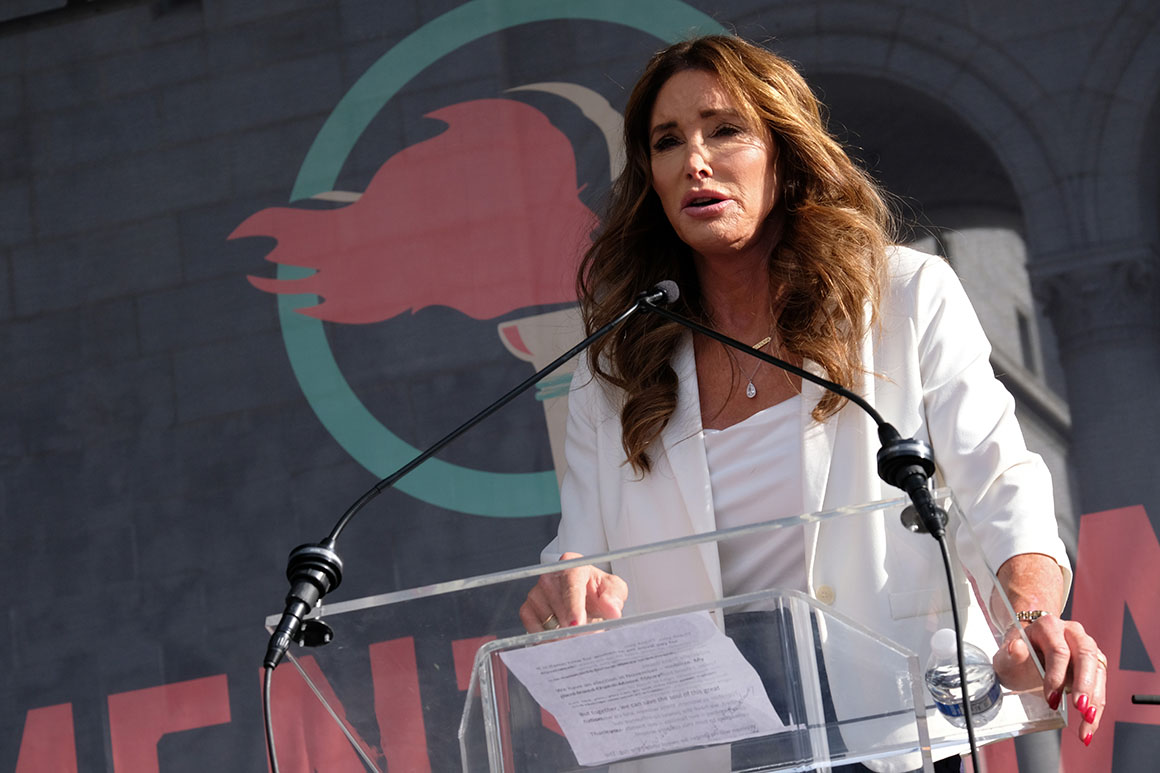 In another break-the-bank campaign year, Republican contenders Caitlyn Jenner and Doug Ose have preset their donation pages to charge repeat contributions every month as well as a “May Money Pledge” bonus contribution. Gov. Gavin Newsom’s 2022 re-election page at one point this month defaulted to a recurring donation as well, though it no longer does.

Consumer advocates and campaign finance officials say the tactic misleads donors into giving more money than they intend because they must uncheck boxes to ensure their accounts are not regularly charged. Automatic deductions can be difficult to stop — let alone reverse — once they begin.

The Federal Election Commission recently urged Congress on a bipartisan vote to alter the law so campaigns must seek the “opt-in” consent of donors to draw monthly donations, arguing that many donors do not realize when monthly boxes are pre-checked and “are surprised by the already completed transactions appearing on account statements.”

Trump’s campaign aggressively used prechecked boxes during the fall campaign stretch last year, and his campaign along with the Republican National Committee issued more than 530,000 refunds totaling $64.3 million, according to a New York Times investigation last month. They used donation processor WinRed, the same for-profit company that Jenner and Ose are relying on, with yellow prechecked boxes similar to those deployed last fall.

California’s campaign finance watchdog, the Fair Political Practices Commission, has not explicitly examined the issue. But former FPPC Chair Dan Schnur said in an interview that he wished the agency had looked into “an absolutely reprehensible practice that takes advantage of innocent people.”

“It’s an extraordinarily misleading process, and it’s a very savvy but underhanded way of taking money from well-meaning people who don’t understand the degree to which they’re being taken advantage of,” Schnur said. “They’re following the letter of the law, and any voter is certainly capable of reading the fine print on an email or website, but until the practice is made illegal it would be best for good men and women in both parties to make it easier for donors to engage in the way they intended.”

The Newsom recall campaign is expected to attract enormous sums of money. There is no limit on the amounts that donors can give Newsom, and he has already pulled in a series of six-figure donations — most recently a $500,000 outlay from the Democratic Governors Association that underscored the national dimensions of the race. He has also drawn large sums from agricultural power players Stewart and Lynda Resnick, San Francisco 49ers CEO Jed York, state worker unions and law firms.

Republican rivals acknowledge they are likely to be outspent by Newsom as the governor marshals the full force of California’s Democratic donor base. But they are still piling up cash as they seek to create separation from a crowded field of contenders vying to replace Newsom if voters choose to oust him. Recurring donations can both help fund campaigns and allow candidates to tout healthy donor numbers as a sign of strength.

On May 7, Newsom’s “Gavin for Governor” page had an automatically checked box for monthly contributions, but his separate “Stop the Republican Recall” page did not. Both pages use ActBlue, the nonprofit processor used widely by Democrats. By May 10, the Newsom page no longer had the box automatically checked, and that was before POLITICO inquired about the approach.

The Newsom campaign did not respond to repeat inquiries about its early May use of automatic recurring donations.

The Ose and Jenner pages each have an identical pair of prechecked boxes. One says, “Make this a monthly recurring donation,” while the other tells donors to “Chip in to the May Money Pledge to sustain our fight to turn things around and get California back on the right track!” The latter charges an additional automatic contribution on May 31.

Both Ose and Jenner — who are running to replace Newsom in a recall election likely to occur in the fall — defended the practice. Ose said in an emailed statement that “donors are as tired of the grifting and corruption that is occurring in political fundraising as I am” and asserted that his campaign worked “to ensure that these contributions reflect our donors’ intentions.”

“My priorities and platform are clearly shown on the website through which these donations are made. I believe donors know exactly what they are doing,” Ose said.

Jenner campaign adviser Steven Cheung said in an email that the campaign defaulted to monthly payments after determining that donors preferred that model. Cheung said the campaign had received no complaints and argued the tactic helped create an even playing field given that Newsom can raise unlimited donations to fend off the recall.

“Visitors to the donation page are given multiple opportunities to opt out even before submitting any information. They are reminded throughout the process and are given updates before any recurring charges occur,” Cheung said.

Republican candidates Kevin Faulconer and John Cox did not have the automatically-checked donation boxes on their websites.

Elsewhere, some U.S. Senate candidates are using the recurring contribution boxes. The Atlanta Constitution-Journal reported Monday that former GOP Sen. Kelly Loeffler had to refund millions of dollars to people who said they unknowingly donated repeatedly, and she eliminated the automatically checked box for recurring donations for her Greater Georgia organization after the publication asked questions about it.

California has often led the nation on consumer regulations. Two decades ago, the Legislature debated whether financial companies would have to get express permission from residents before sharing their personal data, an effort led by Rep. Jackie Speier (D-Calif.) when she was a state senator. More recently, the state in 2018 approved the nation’s most stringent data privacy act to give residents greater ability to block online firms from sharing their information.

Robin Swanson, a Democratic consultant who worked on a successful 2020 campaign building on the 2018 law, said campaigns risk alienating their supporters if they use the recurring contribution as a default.

“I’d say that particular practice just seems like really bad form that could backfire and turn off your supporter base,” Swanson said in an email. “That’s not a risk I would take on any campaign.”