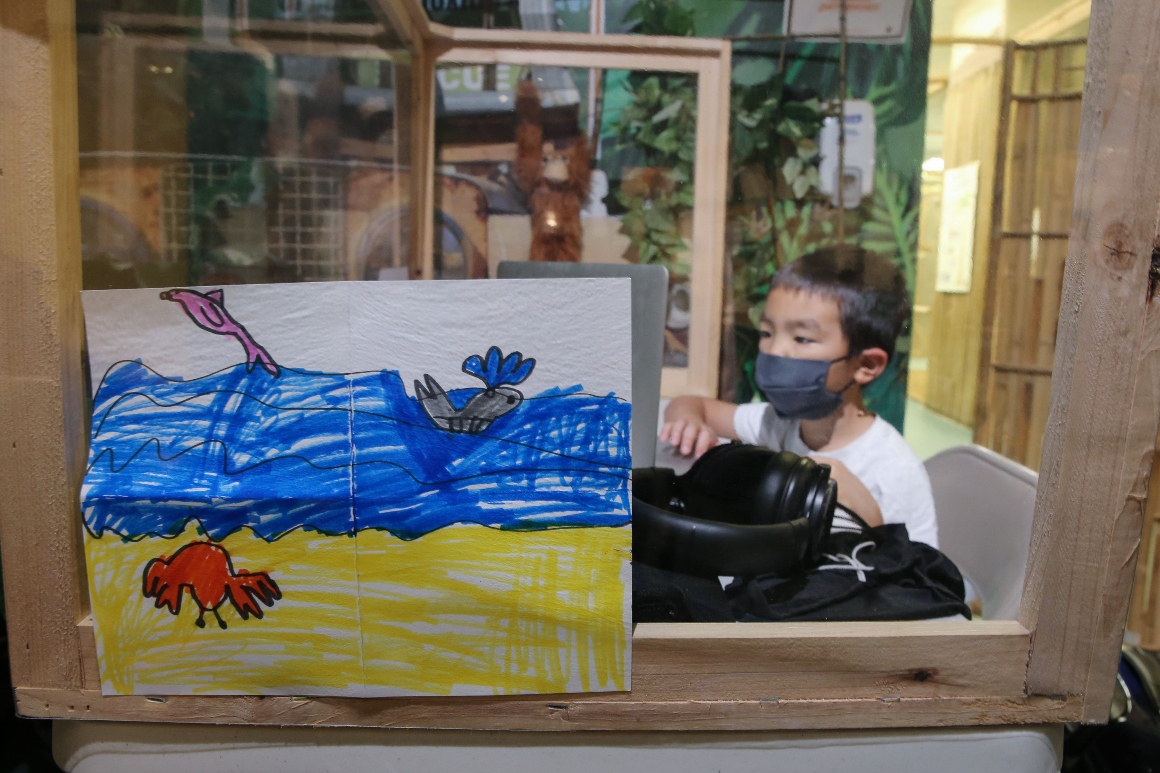 SACRAMENTO — The biggest state Capitol battle this spring could pit California leaders against local school officials, civil rights groups and teachers unions over whether Zoom school should have a permanent place in the public education system.

California Gov. Gavin Newsom and influential state lawmakers are standing firm against allowing distance learning next school year, saying that children are best served by returning to classrooms for social and academic reasons. They are tired of California’s status as the slowest state to reopen schools despite having the lowest infection rate in the nation as vocal parents call for full in-person learning.

The debate has given “school choice” a new meaning and sparked racial justice concerns about what’s best for the state’s most vulnerable students.

Newsom says that “everybody should be back in the fall and in person” and released a budget proposal Friday intended to accomplish that. He’s not only a father of four young children but a governor facing a recall election. While political momentum has swung in Newsom’s direction lately, even partial fall campus closures could give opponents an opening, especially if students in other states are fully back in class.

A growing number of legislative Democrats are coalescing around limits on distance learning, fearful that some schools will stay with a hybrid or virtual model in the fall — and that the approach will hurt students who have disengaged from school and lost access to vital services.

“I just question why, if we’re talking about racial justice, we would want to levy all those additional things on our Black and brown children,” said Sen. Sydney Kamlager (D-Los Angeles), vice chair of the California Legislative Black Caucus. “I don’t think we should be doing it at the expense of the children or at the expense of greater learning loss. It’s not taking into consideration that some kids go to school because they will be guaranteed a meal or the fact that a lot of young people are in homes with domestic violence.”

But school district officials make a different argument, pointing to surveys that show families of color hit hardest by Covid-19 are more hesitant to return to classrooms, and to a small share of families who say that online learning is the best for their children. Federal data shows that Asian American, Latino and Black students are more than twice as likely to opt for full-time remote learning than white students.

District officials are concerned that the Capitol’s hard push against distance learning will threaten virtual paths they offered even before the pandemic.

“We strongly believe we need to meet our families where they might be at this difficult time, and believe there needs to be a high-quality option for virtual learning for families that decide they are not ready for in-person learning or believe that virtual learning was the right choice for their child,” said Edgar Zazueta, spokesperson for the Association of California School Administrators.

California gives local districts and their employee unions greater control than in many states, but Capitol leaders are trying to use the power of their purse strings to force classrooms to open this fall.

Newsom issued a record-high state spending plan Friday that ties school funding to in-person attendance. Districts that want to receive their full entitlement would have to bring students back as they did before the pandemic — ending hybrid models still being used in California that include Zoom.

However, the governor proposed a narrow path for districts to offer distance learning through an independent study track. While he and lawmakers are still working on details, Newsom’s plan would impose more rigorous rules for such online instruction, which would likely take place in “virtual academies.” That path could mean that students who want to stick with distance learning would have to leave their current campuses.

Since 2015, California has allowed districts to offer online learning through independent study courses, which are annually certified and must provide 240 minutes of instruction per day. Those programs serve an array of students seeking an “individualized approach,” including those at risk of dropping out or who are “highly gifted,” according to the California Department of Education.

Those options were blown open out of necessity when the state called on districts to close all schools in March 2020. The Legislature allowed schools to take on a mass distance learning experience through an emergency waiver that disregarded typical daily attendance requirements tied to school funding.

More “virtual academies” have since popped up across the state to meet a new demand for online learning — in many cases an expansion of pre-existing independent study programs. Alternatives like homeschool programs and online charter schools also saw a boost in enrollment, compiling wait lists in the thousands due to interest in the pandemic.

Lawmakers have suggested that families that want distance learning can opt for those pre-existing programs, but those advocating for a virtual option say previous law was not designed to support a potentially substantial portion of California’s 6 million K-12 students. Such advocates are calling on the state to allow the same kind of distance learning that existed in 2020-21, which included daily teacher instruction via Zoom.

In March, the ACLU of Northern California sent a letter to the Lemoore Union Elementary School District after it ended its distance learning options, calling it a “hard-line approach” that failed to consider Black, Latino and low-income families who may be afraid or reluctant to return.

“The world is very different now than it was before. Workplaces are adopting new policies in regards to working from home, and the pandemic has shifted our understanding. Schools should do something similar,” Brandon Greene, director of racial and economic justice at the ACLU of Northern California said. “People should be asking why predominantly Black and brown families, when given the option, are choosing to keep their children in distance learning.”

“I want to be unequivocal that the default in the fall should be in-person instruction. I know that some have been fearful of any form of distance learning, and I think given our experience in the pandemic they have good reasons to be,” Thurmond said, pointing to learning loss and student mental health. “But we have to respect that some families are asking for more time. We hear that, and we’re engaging with legislators to say, ‘Hey, let’s keep that conversation open.'”

If the state no longer supports that a virtual path, more families will leave for private schools or for districts that do offer such programs, raising alarms about equity and public education funding, California School Boards Association spokesperson Troy Flint said. California public schools saw record enrollment declines in 2020-21, losing more than 160,000 students as families sought alternatives during pandemic closures.

“If families do vote with their feet and leave a district, that could have a profoundly negative financial impact,” he said.

Just as the school reopening debate pit usual political allies against each other, so could the decision about fall instruction. Legislators who have heard from frustrated parents or have school-aged children themselves are unwilling to support any new online learning outside of exemptions for medically fragile students — including Democrats typically aligned with the California Teachers Association.

“I do understand there’s some hesitancy but the damage that is being done at this point and the learning that has been lost … we can’t allow it to continue,” Assemblymember Lorena Gonzalez (D-San Diego) said. “What we have now does not work for working families.”

CTA said “the classroom is the best place for teachers to teach and children to learn,” but that the state should not rule out distance learning entirely. While it is clear that some families want to retain the option, it’s not yet known how many California teachers also want to stay remote.

“In many school districts, we still have a significant proportion of families who have had devastating experiences with Covid who are not yet comfortable with in-person instruction,” CTA spokesperson Lisa Gardiner said in an email. “We believe there has to be a distance learning option should Covid variants start to surge or for families who still do not feel safe sending their children to a classroom.”

In some communities, Covid-19 concerns may not be the only driver. Carl Pinkston, director of the Black Parallel School Board in Sacramento, said Black parents lacked trust in the education system before the pandemic and want something different when their children return. Some parents feel their children are safer from discriminatory discipline measures when learning at home.

“For some families, the fear is to come back into the exact same setting, when the district has not changed policies and practices of how to treat Black students in an in-person classroom setting,” Pinkston said.

In an intense West Contra Costa Unified debate last month, school board member Jamela Smith-Folds fought for distance learning to remain an option for families of color and called for more mental health counselors before students come back.

“You want us to vote to go back to the same colonial education system that did not work,” Smith-Folds, who is Black, said at the school board meeting, where members ultimately voted for full in-person instruction in August. “You want me to vote to go back to the exact same system that broke most students and sustained the privileged bubble in ignorance of systematic racism of others. I won’t do it.”

State lawmakers and Newsom will have significant say when they set conditions for school funding in budget discussions over the next several weeks.

Assembly Budget Chair Phil Ting (D-San Francisco) said he thinks the only exemptions should be for legitimate medical issues. He said he expects interest in distance learning to diminish as vaccination rates increase and Covid-19 infections decline. When asked about creating a larger scale virtual option, he said that the Legislature would need to have a policy debate about the merits of allowing that to exist.

But Sen. Connie Leyva (D-Chino), chair of the Senate Education Committee, said she supports an extension of distance learning into the fall or even longer — if families want it.

“We know our education system wasn’t working for everyone and we know that some kids did benefit from distance learning, so why would we not continue to be flexible?” Leyva said. “Why would we shortchange those students?”