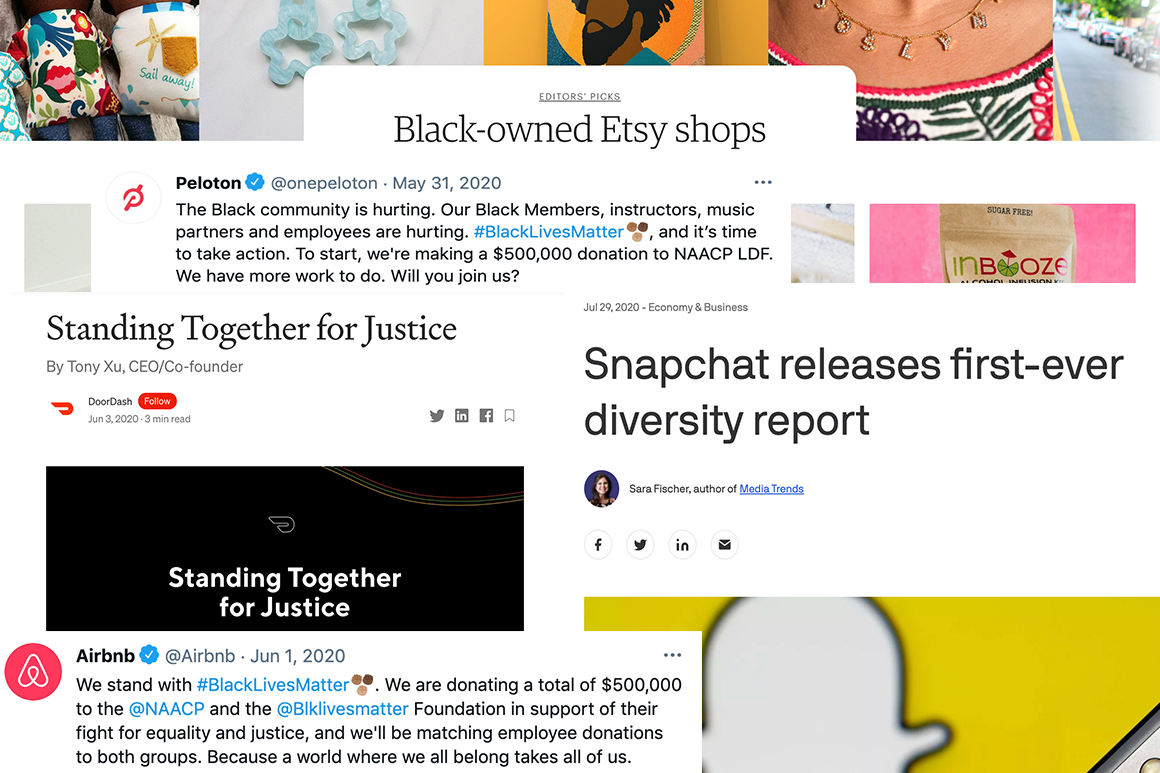 Later this week, chief executives of the country’s six largest banks will testify before the Senate Banking and House Financial Services committees. The group includes five white men, one white woman and no people of color.

There is no roiling financial crisis for the titans of high finance to address this time. But there will be plenty of questions, including what the banks — and other big American companies — have done in the year since George Floyd’s death at the hands of Minneapolis police to address diversity within their ranks and respond to demands that they take a more active role in advocating for social justice.

The CEOs will no doubt be heavily prepared with statistics on their progress on diversity and commitments to taking on both racial injustice and a highly uneven economic recovery from a pandemic that hit marginalized communities the hardest.

But even senior executives within the banks acknowledge that while gains have been made — and many CEOs were outspoken in their praise for the verdict in the Derek Chauvin murder trial — it’s not nearly enough. And there are real risks of backsliding into old habits now that the Black Lives Matter protests have faded from the news, at least for now.

“As we reach one year after George’s death, we are encouraged by the momentum we have, but realize we have a really long way to go,” said Brian Lamb, Global Head of Diversity and Inclusion at JPMorgan Chase, the country’s largest bank. The bank has made a $30 billion commitment to racial equality “that is research-driven and business-led,” Lamb said, including $26 billion aimed at homeownership and affordability, especially for people of color. 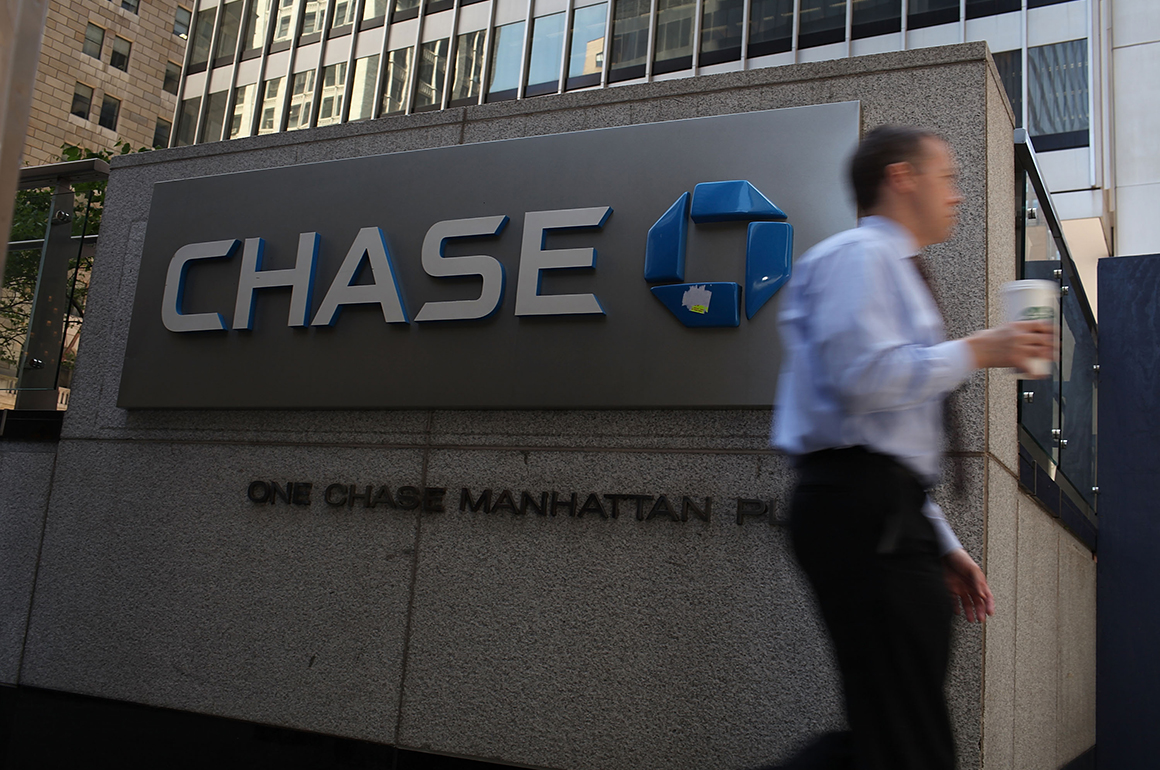 More broadly, corporate America, whose top ranks are still dominated by older, white males, faces the challenge of responding to their own employees and customers calling for more rapid change. The companies have to balance those demands against complaints from some conservatives about “woke CEOs” wading into political fights like the voting rights battles in Georgia and across the nation.

Big companies, business lobbying groups and top executives spoke out over the past year on Floyd’s death and other social justice issues in ways they rarely have before. The traditional position of corporate America, especially the Fortune 500, is anodyne centrism. That became untenable over the past 12 months.

Chief executives including Apple’s Tim Cook, Cisco’s Chuck Robbins, Facebook’s Mark Zuckerberg, JPMorgan’s Jamie Dimon and many others spoke out in favor of the guilty verdicts in the trial of Chauvin, the former police officer who knelt on Floyd’s neck for more than nine minutes, leading to his death and shocking the nation.

Both Delta Airlines and Coca-Cola, two of Georgia’s largest employers, bent under pressure from activists and took firm stands against GOP-led efforts in the state to limit voting access. While both faced a backlash from conservatives like Senate Minority Leader Mitch McConnell — who last month warned corporations “to stay out of politics” — they made a calculation that alienating their own workforces and much of the public by staying quiet and out of the headlines would be too damaging.

But those calculations will be tested in the months and years ahead. Democrats narrowly control Washington. But they may not rule Capitol Hill after the 2022 midterm elections, and top executives remain wary of stepping out too far on social issues and angering Republicans and red state America.

A recent poll from diversity, equity and inclusion strategy firm Paradigm and the Harris Poll found that two-thirds of Americans want companies to speak out more publicly on issues of racial injustice. And a majority said they would hold employers accountable if they did not, a figure that is higher among younger workers who are especially engaged in social justice issues.

And companies face a pile of shareholder proposals at annual meetings aimed at forcing more transparency on diversity in the workplace and disclosure about how their campaign contributions line up with positions they’ve taken on voting rights and other social issues.

Shareholders filed a record number of proposals this year asking banks, asset managers and other companies to assess whether their diversity and inclusion efforts are effective.

At banks such as Bank of America, Citigroup, JPMorgan and Wells Fargo, a new proposal requesting racial equity audits attracted between 26 and nearly 40 percent of support among shareholders, despite opposition from management.

“Generally speaking, newer proposals tend to get support in the single digits. So getting nearly 40 percent at JPMorgan is pretty incredible,” said Tejal Patel, director of corporate governance at the labor-affiliated CtW Investment Group that filed the resolutions.

Home Depot, Pfizer and JPMorgan, among others, will face such shareholder proposals this year. The proposals will almost certainly fail — as most activist efforts at annual meetings do — but they highlight that pressure on executive suites will continue.

And data suggests there’s still an enormous amount of work to do to make middle- and upper-management levels more diverse. A February report from McKinsey found that “companies have successfully hired Black employees into frontline and entry-level jobs, but there is a significant drop-off in representation at management levels.”

Black people make up 14 percent of all employees, according to the report, in line with their overall share of the population. But at the managerial level, the Black share of the workforce declines to 7 percent.

“We know that these acts of discrimination and systemic racism in society are not new,” Megan Hogan, Goldman Sachs’ chief diversity officer, said in an email, referring to everything from Floyd’s death to the rise in anti-Asian violence. “The key to positive transformation and systemic change is the realization that each of us must be part of the solution. We believe the effort needed to truly bridge gaps in equality is ongoing — we know there is more to be done and we continue to aim higher.”

Solomon and the other bank CEOs will have plenty of statistics to roll out on diversity efforts and commitments to increasing lending and other efforts in minority communities.

The question is whether they and other American corporations will continue to take a more aggressive stance or look to return to a more defensive crouch over the next few years.

Catherine Boudreau contributed to this report.