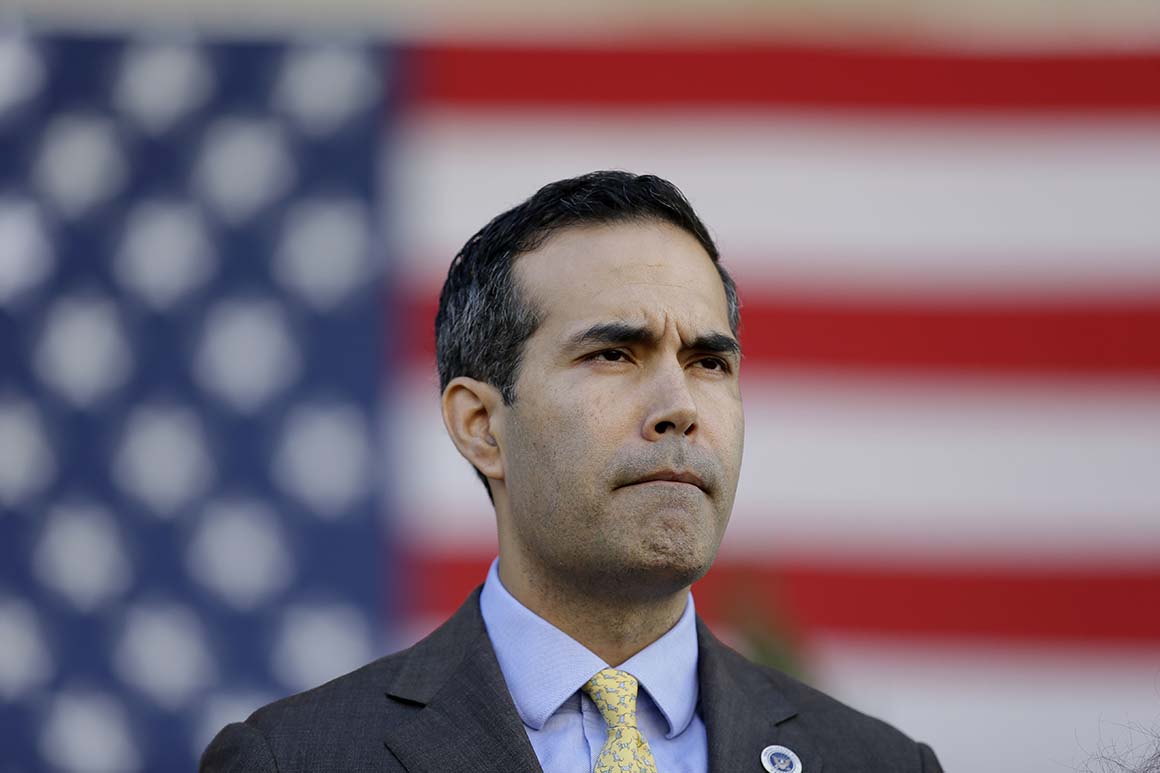 No Republican political family has been as tormented by Donald Trump as the Bush dynasty.

In what’s expected to be a brutal contest pitting the Bush family scion against a scandal-plagued incumbent, Trump’s endorsement will go a long way toward determining the winner. The former president remains popular with the Texas Republican base — so popular that Bush, Jeb Bush’s son and currently the state’s land commissioner, has studiously avoided his family’s entanglements with Trump.

“It’s going to be the Holy War of Texas. We haven’t seen a battle like this since the siege at the Alamo,” said Jeff Roe, a Republican strategist and top adviser to Texas Sen. Ted Cruz’s presidential campaign in 2016.

“George P. is both the heir and protector of a historic Texas political dynasty, but this is a race against a two-term incumbent attorney general,” Roe said. “A line in the sand will be drawn, and people will have to choose sides. Everyone always thought George P. would carry the family banner into the next generation, but I’m not sure anyone anticipated it happening like this.”

Trump’s antipathy for two generations of Bushes has tarnished a once-mighty brand that once was synonymous with the Republican Party in Texas and across the country. Trump humiliated Jeb Bush in the 2016 presidential primaries and briefly amplified a vicious tweet that said the former Florida governor “has to like the Mexican Illegals because of his wife,” a reference to Columba Bush, Jeb’s wife and George P.’s mother, who was born in Mexico and is an American citizen.

Even so, George P. Bush endorsed Trump in his reelection last year.

On Monday, Bush tweeted a picture of himself talking on the phone with the former president, saying that it’s “great to speak with President Trump to discuss the future of Texas and how we are keeping up the fight to put America first. I appreciate the words of encouragement and support.”

Asked about his son’s tweet, Jeb Bush said via email: “I love my son.”

According to Roe and interviews with a dozen other top state GOP strategists, George P. Bush needs to maintain the charm offensive with Trump to keep him from endorsing Paxton, who has skillfully used his post as state attorney general to promote and tie himself to Trump as president. It was Paxton who led the unsuccessful effort to have the Supreme Court overturn the 2020 election and, since then, he has attacked President Joe Biden’s policies in court.

But Paxton is under state criminal indictment for securities fraud and is the subject of a separate FBI corruption investigation making him particularly vulnerable to challenge.

“I like them both very much. I’ll be making my endorsement and recommendation to the great people of Texas in the not-so-distant future,” Trump said Tuesday in a written statement. “I told Texas that Sleepy Joe would be against guns, oil, and God, and I was right!” (Biden is for gun control, is trying to wean the nation off fossil fuels but is a regular churchgoer).

Trump endorsed both Paxton and Bush in their respective 2018 primaries. But Bush wasn’t facing a candidate with such strong MAGA credentials as Paxton, whom most insiders think has the best shot at landing the former president’s support.

Trump’s statement that he likes each candidate “very much” was a small coup for a Bush — and a positive return on a political investment that Bush made five years ago. In 2016, George P. Bush surprised some in the political world by announcing that he would support the presidential campaign of the man who trashed his dad as “low energy Jeb.”

Bush also oversaw Texas fundraising for Trump in 2016 and endorsed him again in 2020 — less than a year after his own dad mused about someone needing to primary the president.

Throughout Trump’s various scandals and controversies, George P. Bush never spoke out against him. He even went so far as to publicly back the ouster of Wyoming Rep. Liz Cheney — daughter of George W. Bush’s vice president — from House GOP leadership for her vote to impeach Trump after the Jan. 6 U.S. Capitol riot.

“Don’t get me wrong: George P. has played this exactly right, and he’s definitely more conservative than his dad, and Trump knows that,” said one Trump confidante who discussed the race with him recently. “But I can tell you the president enjoys the prospect of knowing how much it kills Jeb that his son has to bend the knee and kiss the ring. Who’s your daddy? Trump loves that.”

Another Trump adviser who has spoken to him about George P. Bush said Trump has a pet name for him, “My Bush,” and has publicly referred to him as “the only Bush who got it right.”

It’s a harsh dismissal for a political dynasty that has, in total, produced two presidents, a vice president, two governors, a senator and a congressman. George P. Bush, the grandson of the 41st president and nephew of the 43rd president, has long been seen as a future presidential prospect himself.

“If you live in Texas and you have political aspirations, that’s part of the game plan. I don’t see how he can avoid it and be successful in Texas … He doesn’t want the Trump base to look at him skeptically,” said Al Cardenas, an anti-Trump Republican and close friend to Jeb Bush who once served as the Republican Party of Florida chair.

Cardenas, echoing other survivors of Jeb Bush’s 2016 presidential campaign, said he hasn’t talked personally with Jeb Bush about his son’s campaigns “on purpose. He’s my friend, and I don’t want to talk about it with him. From my perspective, I’ve known George P. since he was born. I love him. It’s one of those exceptions to the rule you have in life. People you love and care for, you make an exception for.”

Eric Mahroum, deputy director for Trump’s 2016 campaign in Texas, said George P. Bush’s Trump support was a matter of principle. When the decision is explained to Republicans, he says, it works to Bush’s benefit because it shows “he’s his own man … he put his feelings aside. He put Texans first, his country and the party first.”

Mahroum acknowledges that the Bush brand — though still strong in the state — took a hit with a segment of the GOP because of the family’s well-publicized criticisms of Trump.

“We still have to educate the broader base. I go around and tell people what he did, and a lot of them are like ‘Wow. Ok. I’m glad to hear that,’” Mahroum said, throwing shade at Paxton. In 2016, Paxton backed Cruz in the presidential primaries and “was nowhere to really be found until the midterms, and all of a sudden he’s a Trump supporter,” he says.

Paxton’s office and his campaign did not return requests for comment. A spokesperson for George P. Bush declined comment.

Paxton is widely seen as one of the most vulnerable Republican statewide officeholders in Texas. 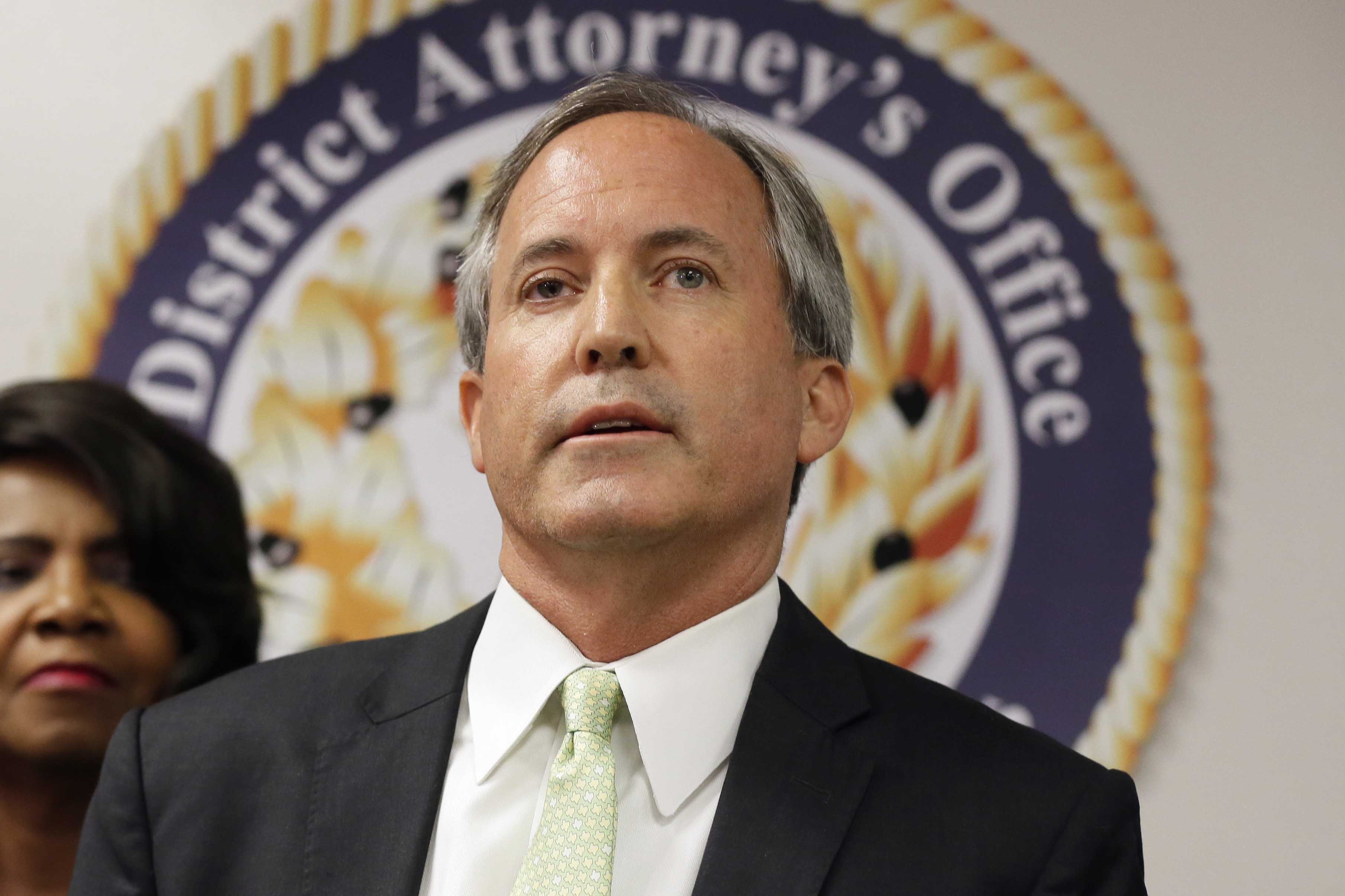 In 2018, when both Bush and Paxton were up for their first reelections to their respective offices, Bush won by more than 10 percentage points and Paxton won by less than 4, nagged by the criminal indictment in state court that has dragged on for nearly six years due to legal complications over the court venue. Paxton dismissed the charges as political.

A bigger scandal erupted last year when he fired top aides who accused him of bribery and trading favors with a campaign donor involving home remodeling work and a job for his mistress. They have filed a whistleblower suit and the FBI is investigating.

A top Texas Republican said that with others eyeing the race, it was smart for Bush to jump in first against a hobbled Paxton.

With access to a wide fundraising network, Bush could have a financial edge in the massive state over Paxton, who is expected to have trouble with major donors as the investigations into him drag on.

If the attorney general wasn’t hamstrung by the multiple investigations, Republicans say, Bush would probably have stayed put in the state land commissioner’s office. Paxton is well-liked by the MAGA grassroots, many of whom are not as enthusiastic about electing a Bush.

“The problem for the commissioner at this point in time is that, in spite of having his own political identity separate from the Bush family brand, he hasn’t yet had a strong foothold with the grassroots and Republican primary voters,” said Republican consultant Jessica Colon. “This is a primary fight. And he’s just running against a conservative who has not shied away from conservative base ideology.”

Matt Angle, who leads the Texas-based Democratic Lone Star Project, called Bush’s effort a “pander campaign” with Trump that proved “his blood is thinner than his ambition.” He said Bush will have other troubles for briefly getting in a needlessly “stupid fight” with Lt. Gov. Dan Patrick and a group called Daughters of the Republic of Texas over renovations to the Alamo. And he’s now embroiled in a controversy in Houston’s Harris County — the largest in the state — over flood mitigation money needed after Hurricane Harvey struck in 2017.

“He lacks the likability of his uncle and the competence of his father and grandfather,” Angle said, adding that it was “pretty remarkable that the Bush name was the gold standard for Texas GOP acceptance five years ago, and now it’s like lead boots.”

Veteran Texas pollster Bob Stein, a political science professor who once had George P. Bush as a student at Rice University, said that “he’s a man in the middle, and there’s no middle … George P. is in an awful position.” 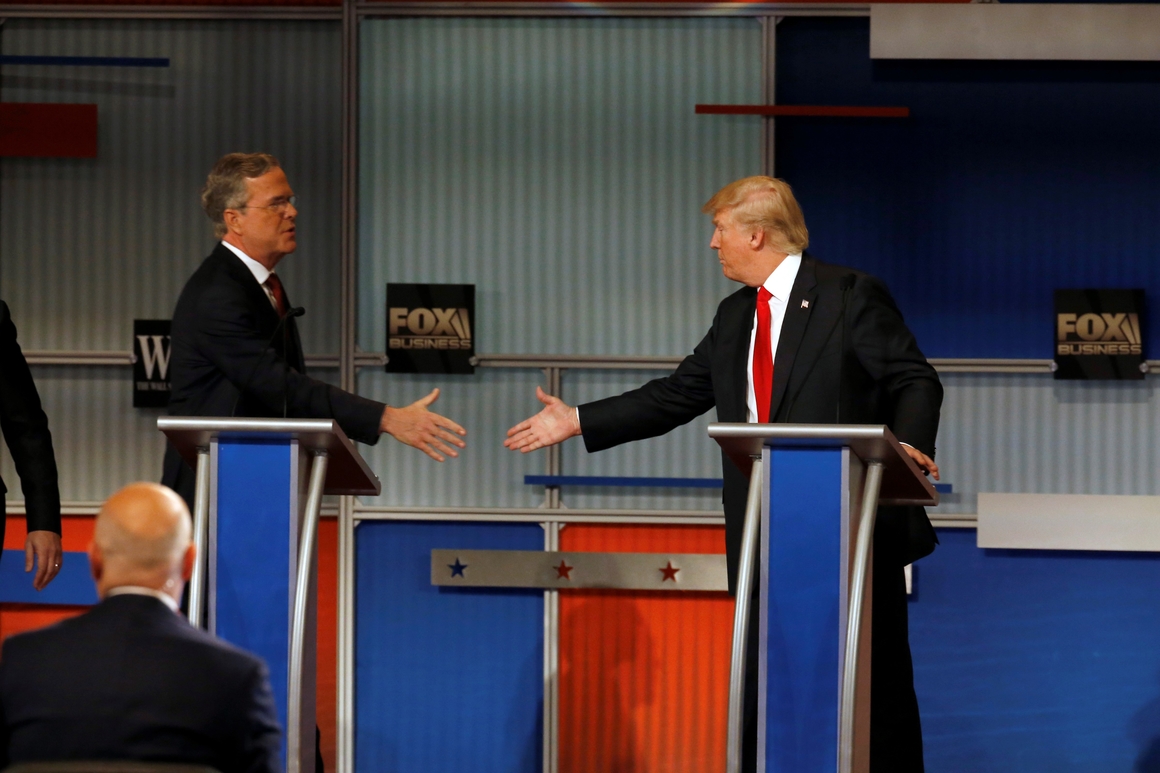 But Derek Ryan, one of Texas’s top GOP data experts, said it’s too early to write anyone off, though it’s safe to predict that Paxton will try to make the race about Bush’s ambition and family name while Bush will make the race about corruption and electability — a major factor for Trump in deciding an endorsement.

And that makes it crucial for Bush to communicate with primary voters that “he hasn’t taken shots at Trump, hasn’t picked fights with him,” said Republican consultant Brendan Steinhauser.

“If he can have parity with Paxton and they can both be seen as loyal enough or supportive enough, it makes it an interesting race,” Steinhauser said, comparing Bush’s balancing act in the Trump era to that of Texas Sen. John Cornyn and Gov. Greg Abbott. He said all three have solid support from “business Republicans, moderate Republicans and conservative voters who are not totally MAGA. They don’t go to war with them or offend the MAGA crowd.”

Kevin Roberts, CEO of the conservative Texas Public Policy Foundation nonprofit, said Trump will be a defining issue in the race as will a candidate’s willingness to fight Biden and the left like the former president. And while Roberts carefully refrained from talking about Bush or Paxton, the Texas primary electorate he described favors an attorney general who cut his political teeth suing President Obama and now Biden and supporting Trump in between.

“The difference between traditional conservatism and Trump conservatism in Texas is that Trump conservatives want to fight,” Roberts said. “They want to charge hills. They don’t want to be told one thing and then have their leaders not deliver on that.”

The chair of the Travis County GOP in Austin, Matt Mackowiak, credited Bush for standing by Trump.

“I’m sure that made for difficult conversations at Thanksgiving and Kennebunkport,” Mackowiak said, referencing the Bush family estate in Maine. Mackowiak added that Trump could have his own challenges in backing the commissioner.

“It’s hard for Trump to endorse any Bush for any office anywhere in a primary like this,” he said. “I don’t know if the base would accept it.”