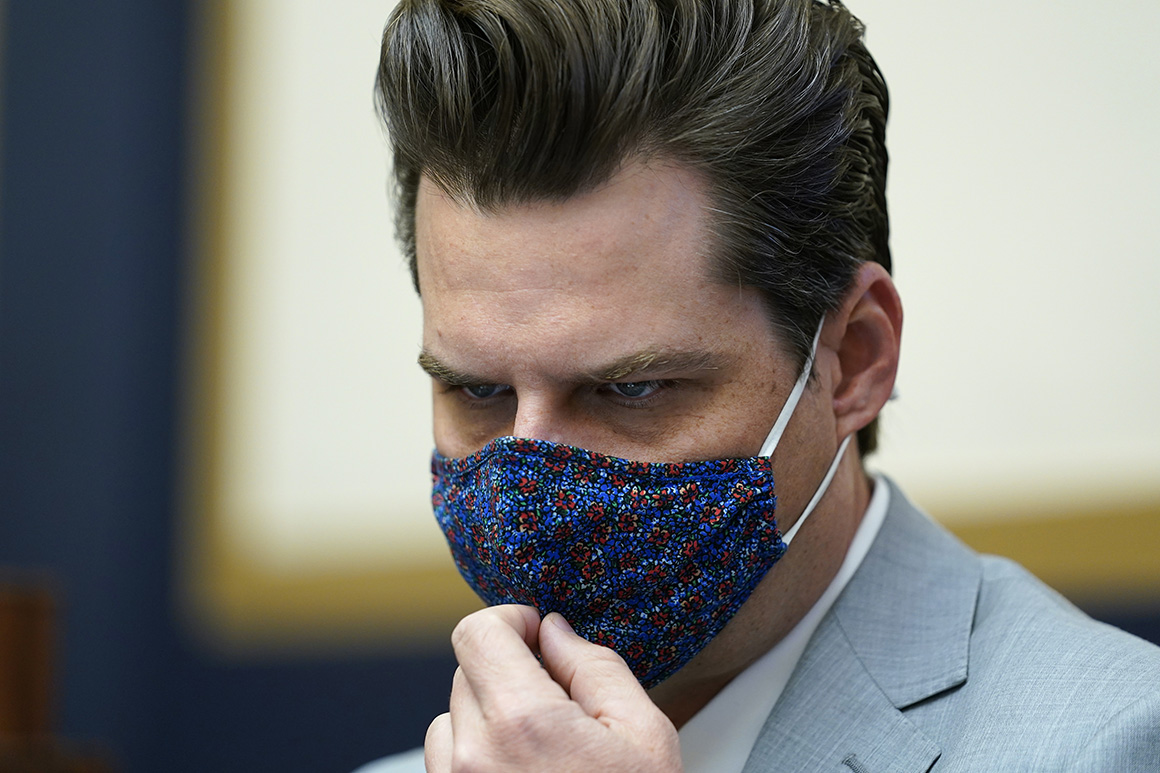 A key target of federal prosecutors in an ongoing sex trafficking investigation into Rep. Matt Gaetz (R-Fla.) is expected to enter a guilty plea in the case on Monday, according to a new court filing.

The Thursday announcement of a change-of-plea hearing for Joel Greenberg, a close friend of Gaetz, puts additional heat on the congressman in the high-profile investigation into whether he violated a federal law against transporting minors for sex or other laws against sex trafficking.

Gaetz, who has not been charged, has repeatedly insisted he never had sex with anyone who was under 18.

Greenberg, a former Seminole County, Fla., tax collector, has faced a series of indictments over the past year on charges including sex trafficking of a child, identity theft, producing fake driver’s licenses and stalking.

The latest indictment contains 33 charges against Greenberg. It was not immediately clear which charges he would plead guilty to. His attorney, Fritz Scheller, did not immediately respond to a message seeking comment.

Spokespeople for the Justice Department and the U.S. Attorney’s Office in Orlando declined to comment beyond confirming the hearing scheduled before a federal magistrate there on Monday.

According to sources, Greenberg and Gaetz regularly attended parties with young women, some of whom were located through sugar daddy websites such as SeekingArrangement.com.

The indictment against Greenberg says one girl he enticed to engage in a “commercial sex act” with was under 18. Gaetz has acknowledged sometimes paying for meals and hotel rooms for women he was “dating,” but has said that is commonplace.

At a hearing last month in Orlando, a prosecutor and an attorney for Greenberg told a federal judge that they expected a plea deal for Greenberg rather than a trial in his case. He faces a strong incentive to cooperate with prosecutors since the sex trafficking charge alone carries a mandatory 10-year prison term.