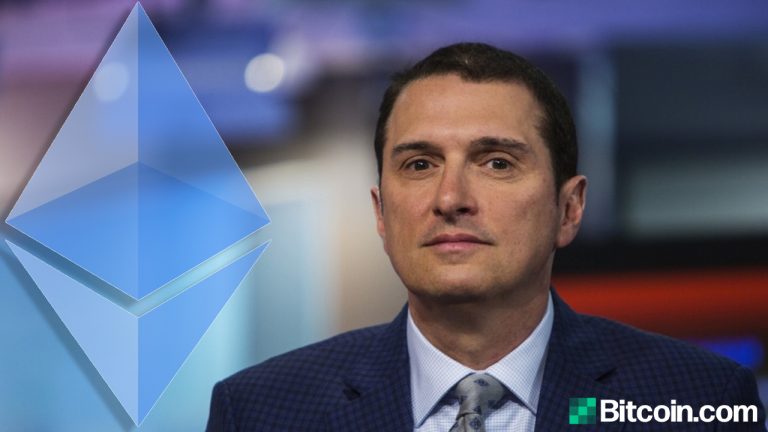 On May 27, the president of Bianco Research, Jim Bianco explained during an interview that he believes there’s a lot of upside potential when it comes to the crypto economy. Bianco said since 2017 he’s owned a basket of crypto assets like ethereum, but he doesn’t hold bitcoin.

Bianco Research, L.L.C. is a service provider that offers qualitative and quantitative macro investment analysis for the institutional investor. The company’s president and market analyst, Jim Bianco, sat down with the hosts of CNBC’s “Trading Nation” on Wednesday to discuss the crypto economy. Bianco is a believer in digital currencies and has been investing for the last four years, collecting a basket of crypto assets since then.

However, Bianco doesn’t own bitcoin (BTC) and he believes “coins like ethereum are going to be a lot higher way down the road.” Even though this may be the case, Bianco stressed that crypto investors will have to deal with some busts and booms along the way.

“You’re going to have to stomach through much more of what we saw in the last week coming in the next several months or year or so,” Bianco remarked.

The US Will Face ‘Non-Transitory Inflation’ Says Bianco, ‘Cryptocurrencies Show a Lot of Promise’

Bianco has also been a staunch critic of the Federal Reserve’s monetary expansion over the last year and recently opposed Fed Chair Jerome Powell’s “transitory” inflation statement. The Bianco Research executive doesn’t believe it will be temporary and said America will see “non-transitory inflation.” Up until March 9, 2020, Bianco said he was a “bond bull” but quickly reconsidered the optimism after the 10-year Treasury bond dropped to 32 basis points.

As far as cryptocurrencies are concerned, Bianco told the hosts of CNBC’s Trading Nation:

That’s got a lot of promise, and that’s really what’s significant,” he said. “The problem is the other driver is kind of an out-of-control casino with people betting on these coins going up and down.

The analyst warns, however, that crypto-assets can plunge 50-70% in value because the technology is so new. Nevertheless, after crypto assets fulfill an “adoption phase,” Bianco thinks digital currencies will be a mainstay in the global economy.

“That means from that point forward the gains will be a lot less,” Bianco said. “The risk and the reward is now you’ll have less risk and less reward once it gets adopted and the volatility slows down.”

Furthermore, Bianco noted that crypto assets are showing correlations to other risk assets like equities and gaining exposure to these new assets is key. “That wasn’t the case three or four years ago. But it is the case now,” Bianco concluded during his interview. “If we were to get higher financial market volatility either in the stock market like the VIX index, that could help bolster the cryptocurrency space as a belief, yes, we need a new fix, and this is the fix,” he added.

What do you think about Jim Bianco’s opinion about the crypto economy and his prediction that ethereum will see a lot more upside potential? Let us know what you think about this subject in the comments section below.