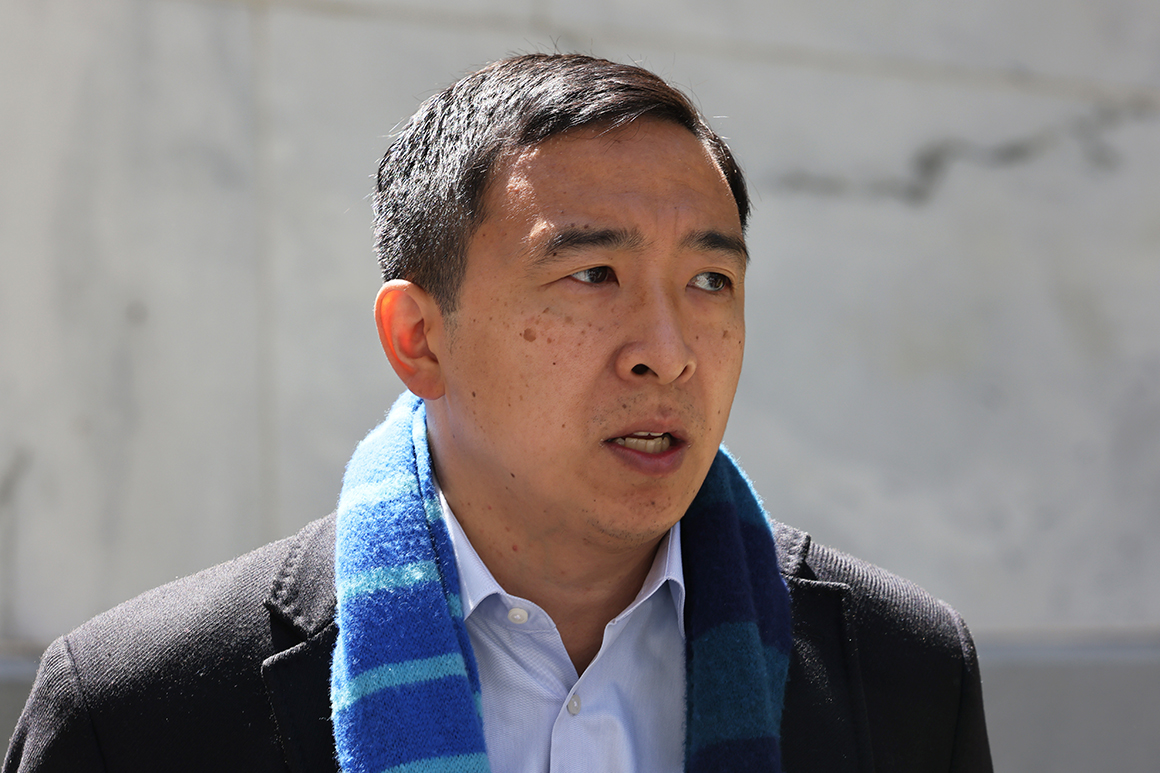 NEW YORK — Hedge fund billionaires, charter school boosters and prominent labor unions are pouring cash into the New York City mayor’s race — contributing to a record haul intended to shape the outcome of the election at the same time new reforms seek to limit the influence of money in politics.

A decade after the U.S. Supreme Court flung open the doors to unlimited special-interest money in elections, the Democratic primary is being infiltrated at every turn, with an unprecedented $11 million already committed in TV ads, according to a POLITICO review of spending calculated by AdImpact.

That total has already surpassed the $8 million spent to promote and attack candidates the last time the mayor’s seat was open in 2013 — a figure that accounted for both the primary and the general election that year.

“It is kind of an arms race between the city’s Campaign Finance Board and the political money trying to find a way around it,” said John Kaehny of good-government group Reinvent Albany.

With five weeks until the election, checks are flowing from divergent wings of the ideological spectrum.

One recent contributor who provided $500,000 in seed money for a PAC supporting Andrew Yang has backed conservative politicians like U.S. Sens. Ted Cruz and Josh Hawley. Cruz was among a handful of Republicans who applauded Yang’s public statement on fighting in Israel last week.

A Pennsylvania resident who has sought to distance himself from Protect Freedom PAC’s “Stop the Steals” messaging, Yass told POLITICO he does not believe the election was stolen. He said he was enticed by Yang’s support for charter schools and his criticism of teachers unions.

“I thought he would be the best guy for school choice,” Yass said in a recent interview.

The billionaire is a self-described libertarian who saw somewhat of a kindred spirit in Yang.

“Andrew has a lot of libertarian leanings,” Yass said. “He is not quite a libertarian, to say the least, but he has those leanings.”

Yass was the first reported contributor to Comeback PAC — an effort by public relations consultant Lis Smith, who set a $6 million goal to counter any negative advertisements against one of the leading candidates in the eight-way race.

Gabe Tobias, who is running a rival PAC intended to blunt Yang’s momentum, criticized the contribution.

“Far-right mega-donor Jeff Yass found in Andrew Yang the same thing [consultant] Bradley Tusk did: An empty vessel for corporate power,” Tobias said. “How can New Yorkers trust a candidate with so little substance and so many conflicts of interest?”

Tobias, meanwhile, has run into difficulty securing funds for his Our City PAC. As of Monday evening he had raised just $43,500, including $10,000 from writer and activist Susan Ochshorn, who also fundraised for candidate Maya Wiley’s campaign.

This week Wiley got a promised $1 million boost from George Soros of Open Society Foundations and healthcare workers union 1199SEIU. Both are closely tied to Patrick Gaspard, who is advising Wiley’s bid; 1199 endorsed her in February.

Tobias said his own fundraising efforts are hampered by his self-imposed ban on donors in the real estate and fossil fuel industries, as well as police unions.

“I think the fundraising differential between us and some of the other super PACs is a reflection of the tilted playing field between progressive candidates and those that are aligned with corporate interests,” he said.

Not so for Wall Street executive Ray McGuire.

A PAC supporting his first-time candidacy received its second round of donations from John Hess last week, boosting the oil magnate’s total contribution to $1 million. New York For Ray also received $30,000 from the Rudin family of dynastic real estate fame.

In total, the pro-McGuire effort has locked in $6 million, though it has yet to boost him in the polls: The latest survey released Monday night reported McGuire winning just 4 percent of voters.

Four other charter school supporters, including hedge-funders Kenneth Griffin and Daniel Loeb, have contributed a combined $2 million to a PAC backing Brooklyn Borough President Eric Adams’ campaign. The organization began airing a TV ad last week highlighting Adams’ history as a police captain who was abused by cops as a teenager.

Griffin and Loeb also contributed $500,000 each to Smith’s PAC — an indication they view both Adams and Yang as beneficial to the nontraditional schools that are at odds with the United Federation of Teachers. Charter school growth is capped by state legislation but mayors can advocate against them, as Bill de Blasio did upon taking office.

Not to be outdone, the UFT’s parent union has already pumped $1 million into NY4Kids, which is running ads for its preferred candidate, City Comptroller Scott Stringer.

One donor is on track to single-handedly outspend every campaign and PAC by at least a 2-to-1 margin, according to the latest projections from AdImpact.

Michael Donovan has shelled out $6.8 million to New Start NYC, in hopes of propelling his son Shaun, a first-time political candidate, to Gracie Mansion. The PAC has already booked $5.5 million in ads.

To put that in perspective, Michael Donovan has given $1 million more than all of the 14,966 donors to Yang’s campaign combined, including matching funds, as of the last disclosure in March. And his largesse is 133,233 percent more than what would be allowed if he only donated to his son’s campaign under rules designed to curtail monied interests.

In an interview with POLITICO, Donovan indicated he’s closing his wallet.

“I think the message is out there, and I think this is about what we needed,” he said last week, noting he has accomplished his goal of trying to boost his son’s name recognition — though his namesake is still polling in the single digits.

Donovan’s generosity briefly stalled his son’s campaign, as city regulators halted his matching funds while investigating whether there was any illegal coordination between the PAC and the candidate. The probe, sparked by a complaint from Stringer, concluded there was no wrongdoing.

A PAC funded by the Hotel Trades Council and its parent organization has raised $2.2 million, and plans to spend much of that supporting Adams.

Meanwhile, a committee that appears to cater to the political whims of Knicks owner James Dolan has raised $2.7 million, almost exclusively from his own organization.

The flow of outside money takes place against the backdrop of an election meant to blunt the influence of special interests. The city’s campaign finance system, already lauded by government reformers, is imposing a stricter limit on individual donations and expanding the amount of taxpayer-backed matching funds this year. Voters approved the changes, proposed by de Blasio, in a 2018 referendum.

Despite the unlimited contributions, candidates are still relying most on standard donations regulated by the city Campaign Finance Board. So far donors have given $23.3 million in the race and the board has more than doubled that through an 8-to-1 matching funds system.

“These PACs are giant slush funds that rich people can create to support the candidate of their choice,” Kaehny said. “They are a serious threat to the campaign finance system here.”