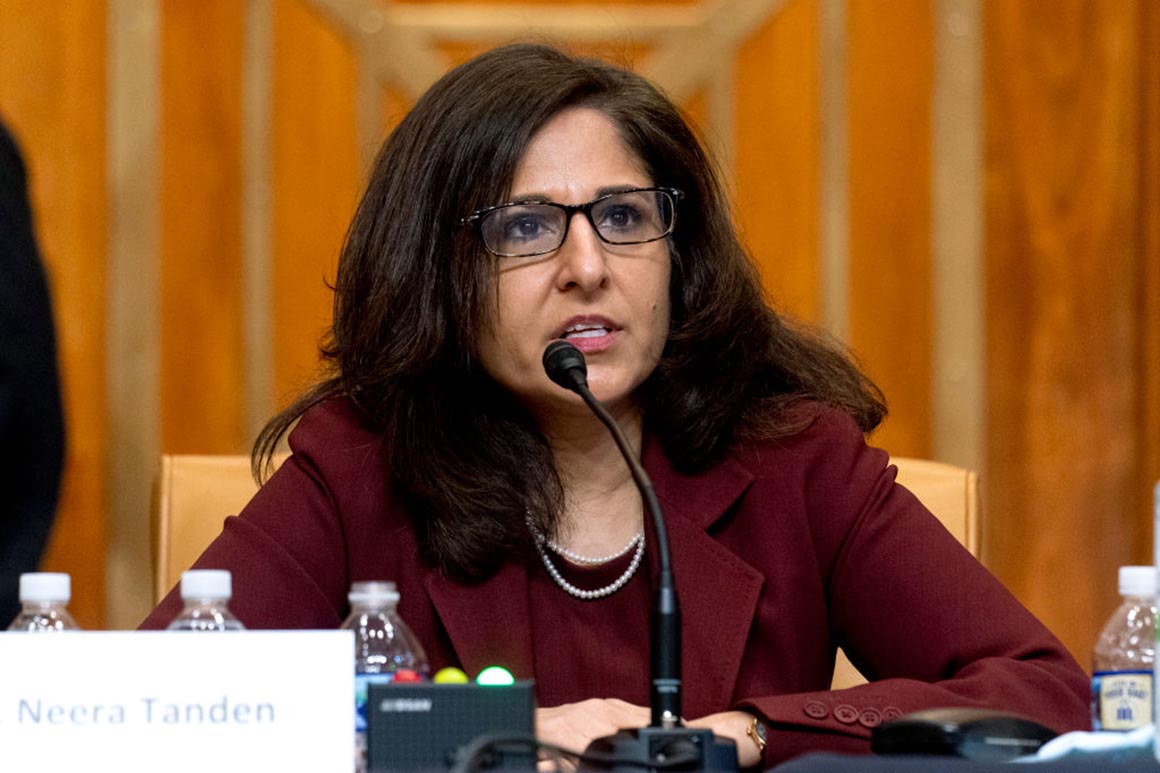 A contentious nomination process kept Neera Tanden out of President Joe Biden’s Cabinet, but she still landed in the White House.

The White House confirmed on Friday that Biden had appointed Tanden to be a senior adviser. She will start on Monday.

The move came two months after the veteran Democratic policy adviser, known for her combative Twitter feed and in-your-face politics, withdrew her bid to become Biden’s budget director — Biden’s first, and, to this point, only failed nominee and one of his few political setbacks thus far.

Tanden’s bid sputtered when her highly personalized tweets at members of Congress of both parties came back to haunt her. A product of the Clinton world, Tanden tangled with Sen. Bernie Sanders (I-Vt.) during the 2016 election, and has also directed needling tweets at Republican senators, whom she apologized to in her confirmation hearings. Ultimately, however, it was moderate Sen. Joe Manchin (D-W.Va.) who killed her chances of being confirmed in the evenly divided Senate when he announced he would vote against her.

Tanden’s appointment as senior adviser reflects a White House that is adamant about her being a vital player to their operations. Chief of staff Ron Klain has great respect for Tanden and had lobbied heavily to move her nomination across the goal line.

Tanden will hold various duties in the White House but her focus will be handling any potential fallout from Republican lawsuits challenging the Affordable Care Act at the Supreme Court. Tanden will also be tasked with reviewing the United States Digital Service, a program that aims to make government accessible online.

Tanden is Indian American, and her appointment to such a senior position is also a nod to the Asian American community, which grew frustrated after Tanden’s withdrawal and what they complained was a lack of adequate representation in Biden’s Cabinet. After Tanden withdrew, the White House named Shalanda Young, an African American woman whom the Congressional Black Caucus had rallied around, as OMB director. Several sources say the White House has indicated to them that Young’s role is likely to become permanent.

Tanden served as a health care adviser in the Obama administration, then went onto become president and CEO of the Center for American Progress, a left-leaning D.C. think tank. On Friday, CAP founder John Podesta sung her praises.

“Neera’s intellect, tenacity, and political savvy will be an asset to the Biden administration as she assumes a new role as Senior Advisor to the President,” Podesta said in a statement. “I am exceptionally thrilled to see her step into a new position serving this White House and the American people.”