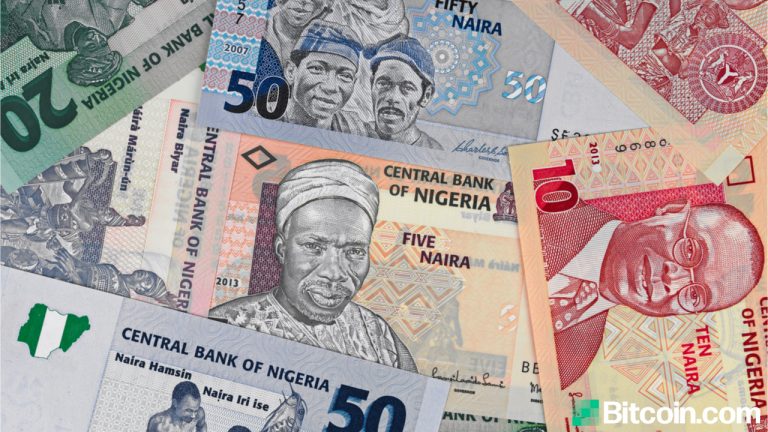 The Nigerian naira currency lost further ground against major currencies after it depreciated to 493 nairas for one dollar on the black market on May 25, 2021. Before the latest depreciation, the currency had stabilized at around 485 nairas to the dollar. This was shortly after the exchange rate dropped to a three and a half year low rate of 500 nairas for one dollar back in November 2020.

Renewed Pressure on the Naira

As one report explains, the naira’s latest depreciation comes just a week after the Central Bank of Nigeria (CBN) devalued the currency by over 5%. As previously reported by Bitcoin.com News, the CBN recently allowed the naira’s exchange rate to slide from 393 per dollar to around 410 per dollar.

However, the same currency devaluation appears to have prompted the latest depreciation of the naira on the parallel market. Meanwhile, a different report is attributing the renewed pressure on Nigeria’s currency to “black market speculators who have taken advantage of the CBN’s newly adopted exchange rate to buy up and hoard dollars.”

In the meantime, the same report also quotes analysts from CSL, a local stockbroking firm, explaining how Nigeria’s forex demand backlog will continue to add pressure to the naira in the short term. The analysts continued:

As such, the CBN will likely devalue the I&E rate by about 5.0 -7.0per cent by year-end to unlock FX liquidity, attract new Foreign Portfolio Investment (FPI) flows and curb the current account imbalances, which is projected to reach US$10.80billion (2.1% of the GDP) in 2021.

Before the naira’s devaluation, multilateral lending institutions like the World Bank and the International Monetary Fund had pushed for the unification of Nigeria’s multiple exchange rates. According to CSL stockbrokers, unifying Nigeria’s exchange rates sets the tone “for further funding from multilateral bodies.”

Starting in 2017, Nigeria began using multiple exchange rates which the CBN continues to defend. While the central bank insists its decision to ration foreign currency is in the country’s best interests, this policy has nevertheless received widespread criticism.