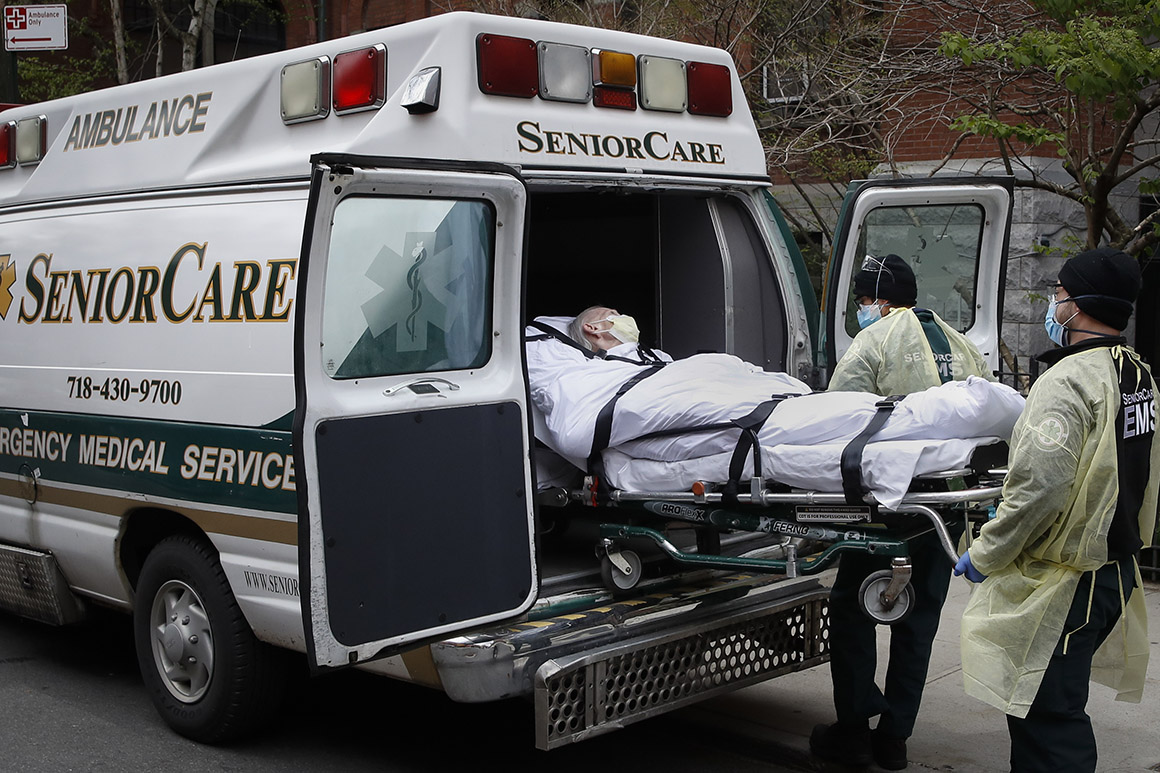 Nursing homes are increasingly seeking to shield themselves from a raft of wrongful death lawsuits from the families of Covid-19 victims by invoking new liability protections they received from Washington last year as the coronavirus tore through the facilities.

About 200 lawsuits in nearly half the states have already been filed, and the industry says it’s bracing for many more in the coming months given the virus’ outsize toll on residents and staff. But an emergency preparedness law expanded by Congress last year limiting health providers’ exposure to coronavirus-related lawsuits — and the Trump administration’s broad interpretation of those protections — are upending litigation against nursing homes.

The powerful nursing home lobbies, which spent at least $4 million lobbying Washington last year, were among the health groups that successfully urged Congress and statehouses last spring to grant expanded protections, arguing that they faced shortages of personal protective equipment and shifting guidance from the federal government on battling the virus. Patient advocates contend that some nursing homes were negligent in their handling of the virus, pointing to the industry’s documented history of problems with infection control.

Even before the pandemic, nursing homes already benefited from strong legal protections. Advocates for residents of the facilities, who argue that Congress didn’t mean to provide such sweeping immunity, worry that efforts to hold nursing homes accountable for what they argue were preventable Covid deaths will be virtually impossible if courts take a broad view of the new protections.

“There were bad actors out there. Those providers need to be held accountable,” said David Grabowski, a Harvard Medical School professor who studies the long-term care industry. “I think it’s important to hold those two concepts in your head at once: in the vast majority of instances, nursing homes weren’t necessarily at fault, but in the instances where they were, I wouldn’t give them immunity.”

Dozens of these nursing homes facing wrongful death lawsuits, which often tally millions of dollars, are urging judges to move the litigation from state courts to federal courts, where they can invoke the new federal liability protections and potentially avoid massive payouts. In statements to POLITICO, leading nursing home trade associations argued that facilities worked hard to protect their vulnerable populations with the limited tools and information available to them.

In recent weeks, a federal judge in California found that a nursing home was shielded by federal liability protections, and another in Louisiana agreed to consider a similar request. While most of the lawsuits are still pending, judges in at least 30 other cases have rejected nursing homes’ requests to change venues. But even when the courts have ruled against nursing homes, legal experts say that appeals could drag out the cases for months or even years longer and discourage others from filing lawsuits.

“So why bother to throw a Hail Mary? Well, maybe you win, but you prolong the game — and prolonging the game is good because the longer you don’t have to pay money the better, and you discourage suits,” she said.

Nursing homes residents and staff, among those hardest hit by the virus, have accounted for over 132,000 coronavirus deaths — over 20 percent of the nation’s death toll despite comprising less than 1 percent of the population. Cases and deaths in the facilities have plummeted since the winter after a robust vaccination campaign.

Many of the wrongful death lawsuits accuse companies of failing to supply enough masks or protective gear, not enforcing safety measures to keep the virus from spreading, or withholding a resident’s Covid-19 diagnosis from family, according to a litigation database maintained by the Hunton Andrews Kurth law firm.

Nursing homes had long complained that the federal government early in the pandemic failed to quickly deliver on its promises to provide protective equipment like masks and gowns, leaving residents and staff exposed to the virus. The nation’s largest nursing home lobby contends that state and federal guidance on things like testing and PPE often conflicted and was too slow, which the organization says made it “nearly impossible” for facilities to follow ever-evolving best practices.

“The public health response left them behind without the necessary resources or clear, accurate guidance to help stop the virus,” the American Health Care Association said in a statement. “It is absolutely vital to have protection from excessive lawsuits when staff were making good faith efforts.”

The federal protections nursing homes have sought to invoke stem from a 2005 law, the Public Readiness and Emergency Preparedness Act, passed in response to bioterror threats like anthrax and infectious diseases like avian flu. That law, known as the Prep Act, shielded vaccine makers and drug manufacturers from legal liability under emergency circumstances to incentivize the rapid development of medical countermeasures.

Congress last spring expanded liability protections to respiratory protective devices, like N95 masks that were in short supply throughout the pandemic.

It fell to Trump’s health department to spell out how the liability protections should work in real life, including cases of life or death due to alleged negligence.

Under his interpretation, the law essentially gives cover for decisions nursing home operators made about giving or withholding vaccine doses, protective gear or other measures in the course of trying to control virus spread. The advisory clarifies that nursing homes and other facilities should earn this immunity as long as they made reasonable considerations about virus mitigation measures, regardless of whether they actually followed through. Only those totally disregarding such measures would fail to be covered by liability protections, it said.

That HHS opinion has since become a core part of the legal strategy for many of the nursing homes as they argue for immunity. And while many federal judges have so far rejected nursing homes’ arguments, trial lawyers, advocates and other experts say the strategy is extending litigation through appeals.

“It’s certainly slowing cases,” said Adam Pulver, an attorney at consumer advocacy group Public Citizen, who represents family members in several cases against nursing homes. “Some of these cases, they’ve gone up and down, back and forth, from state court to federal court multiple times already.”

Rima Badawiya, a lawyer for nursing homes whose firm Lewis Brisbois has cited the Prep Act in about 50 cases, said the HHS opinion is important protection for an industry that fears a groundswell of unfair lawsuits.

“The healthcare industry, and specifically the long-term care industry, will be detrimentally impacted if this type of litigation is allowed to continue,” she said.

Anne Marie Murphy of the law firm Cotchett Pitre & McCarthy, however, said the claims that usually make it to court are “especially egregious situations.” She said her firm has fielded dozens of requests for representation from families of Covid victims but has only accepted two cases.

Plaintiffs who can’t press their liability claims in court because of the Prep Act have one other option. They could seek compensation from a government fund maintained by a small HHS agency, the Health Resources and Services Administration. However, odds of success are low and the payout would be smaller — and it would be taxpayers, not nursing homes, footing the bill. The agency as of last month had received 50 complaints alleging that nursing homes caused death or harm from Covid because of poor infection control measures.

Some consumer groups and legal experts are calling on the Biden administration to revoke or narrow the previous administration’s guidance on liability protections.

A spokesperson for HHS said the department is “reviewing guidance” from its legal office “to determine whether additional guidance or clarification is needed.”