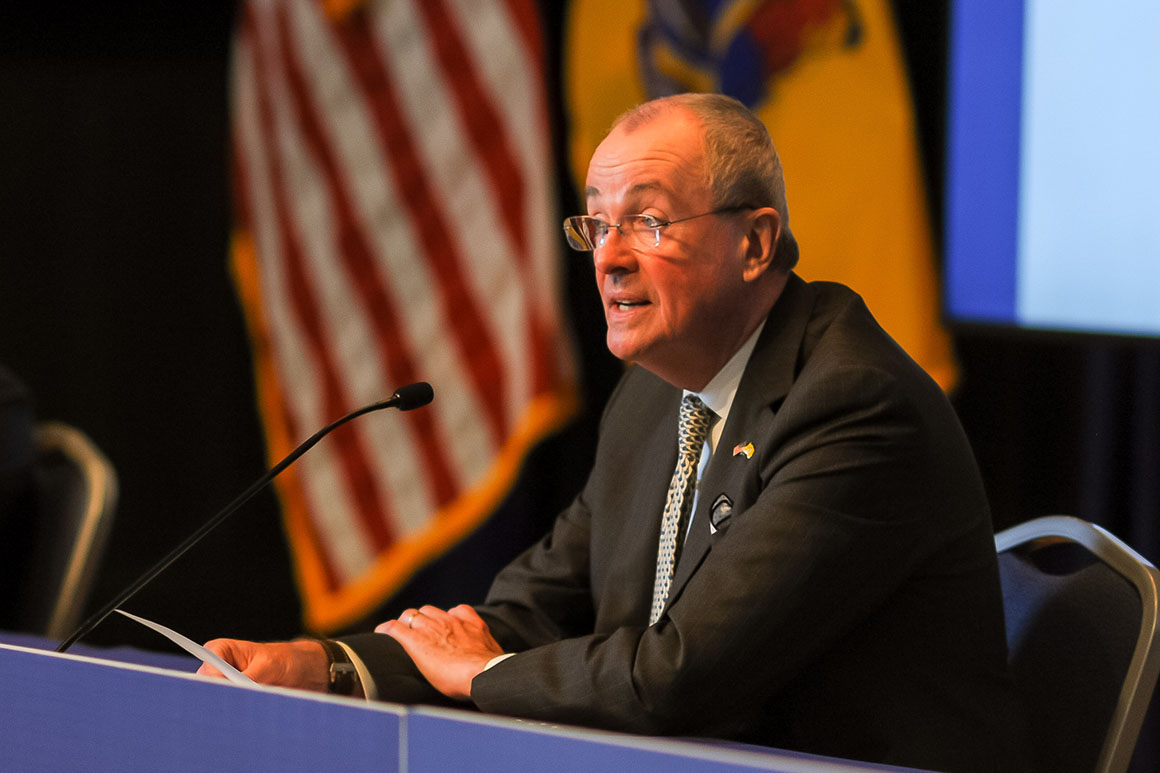 TRENTON — New Jersey Gov. Phil Murphy is refusing to lift his indoor mask mandate for vaccinated residents, putting the Democrat at odds with guidance from the Centers for Disease Control and Prevention and creating a fresh opening for Republicans looking to knock him off his perch as he campaigns for reelection.

With the state’s infection rate plummeting and Covid-19 hospitalizations a small fraction of where they stood last spring, New Jersey will soon be one of the only states — and alone among its neighbors in the Northeast — to require face coverings at restaurants, retailers and indoor venues.

New York Gov. Andrew Cuomo and Connecticut’s Ned Lamont will suspend mask mandates for vaccinated residents on Wednesday, the same day indoor capacity restrictions across the tri-state region are scheduled to be lifted. Pennsylvania has already shifted its guidance to match the CDC’s. Even Delaware, a frequent punching bag of New Jersey’s official Twitter account, plans to lift both indoor and outdoor mask mandates later this week.

Leaders across the region have largely moved in unison on major Covid-19 announcements, and Murphy’s delay isolates the self-proclaimed progressive on a critical facet of the reopening as he preps for a reelection campaign that will focus heavily on his management of the pandemic.

His decision to continue indoor masking puts him in the uncomfortable position of having to play defense against GOP attacks that utilize the same expert guidance he’d previously used to justify economic lockdowns.

“I don’t want to get burned. I don’t want to go back. We’re the only state in America that has not gone back once and i don’t want to start now,” Murphy said Monday during his regular Covid-19 briefing in Trenton. “I can’t speak for our neighbors, they’ve been great partners, but on this one we feel quite strongly.”

Murphy declined during his briefing to provide an exact timeline for when he might lift the mask restriction, but said during an appearance on CNN later in the day that it could come with “a couple of more weeks on the clock.”

“It’s unbelievable that Governor Murphy is doubling-down on an anti-science mask mandate that the CDC says is no longer necessary,” said state Sen. Mike Testa (R-Cumberland), a self-proclaimed vaccine skeptic. “Instead of following the science here in New Jersey, we have a governor who continues to restrict personal freedoms to cater to the irrational fears of a timid liberal constituency.”

Murphy on Monday called the political fallout “of zero interest.”

“It’s easy to be in the third deck of the cheap seats and, you know, color commentary-ing on what we should do,” he said during his briefing.

Like most public officials, Murphy had been caught off-guard when the CDC announced Thursday it was easing its mask guidance.

The governor suggested Monday he thought epidemiologists would continue to recommend face coverings for at least the next few months and, responding to a question from POLITICO, said he’d previously expected the next round of CDC guidelines to relax rules relating to social distancing, a move that would allow New Jersey restaurants and businesses to further expand capacity.

Though Murphy has relaxed several aspects of the state’s lockdown — schools will be back for full-time, in-person learning in the fall, travel advisories are being lifted, the public health state of emergency is set to expire and outdoor masking rules, in accordance with CDC guidelines, have been shucked — “we are not out of the woods yet,” he said.

“The majority of New Jerseyans are still unvaccinated and we’re not checking anyone vaccine’s status at the door,” he said. “I don’t know how we can expect workers to be able tell who’s vaccinated and who isn’t, and it is unfair to put the burden on businesses and frontline employees to police every patron.”

That former point is particularly true in communities that bore the brunt of infections during the pandemic’s first wave.

While New Jersey’s public health is improving — nearly 70 percent of its adult population has obtained at least one vaccine dose — uptake has been slow in several of the state’s largest cities. Fewer than a third of residents in cities like Camden, Elizabeth and Trenton are fully vaccinated. In Newark, the state’s largest city and home to a large Black and Latino population, less than half of all adults ages 18 and up have gotten their first dose.

Despite the CDC’s new guidance, other states and labor organizations are slow to embrace any decision that could inadvertently lead to a spike in new cases — particularly if it relies on the honor system.

California Gov. Gavin Newsom, who’s currently embroiled in a recall effort, announced on Monday that he wouldn’t be moving forward with changes to the state’s indoor face covering rule until June 15, the target date for the state’s reopening. Officials in Hawaii, which adopted strict travel protocols early in the pandemic, are also holding off.

Murphy said Monday the decision to hold off was “to protect the folks who are not yet vaccinated.”

Marc Perrone, president of the United Food and Commercial Workers union, said in a statement issued through Murphy’s press office late Sunday that, “while vaccinations are helping us slow the spread of COVID, the pandemic is far from over and we cannot let our guard down.

“As the union for frontline food and retail workers across the country, UFCW is calling on governors to follow the lead of states like New Jersey and Hawaii that are keeping these life-saving mask mandates in place as we work to vaccinate the millions of Americans still at risk,” Perrone said.