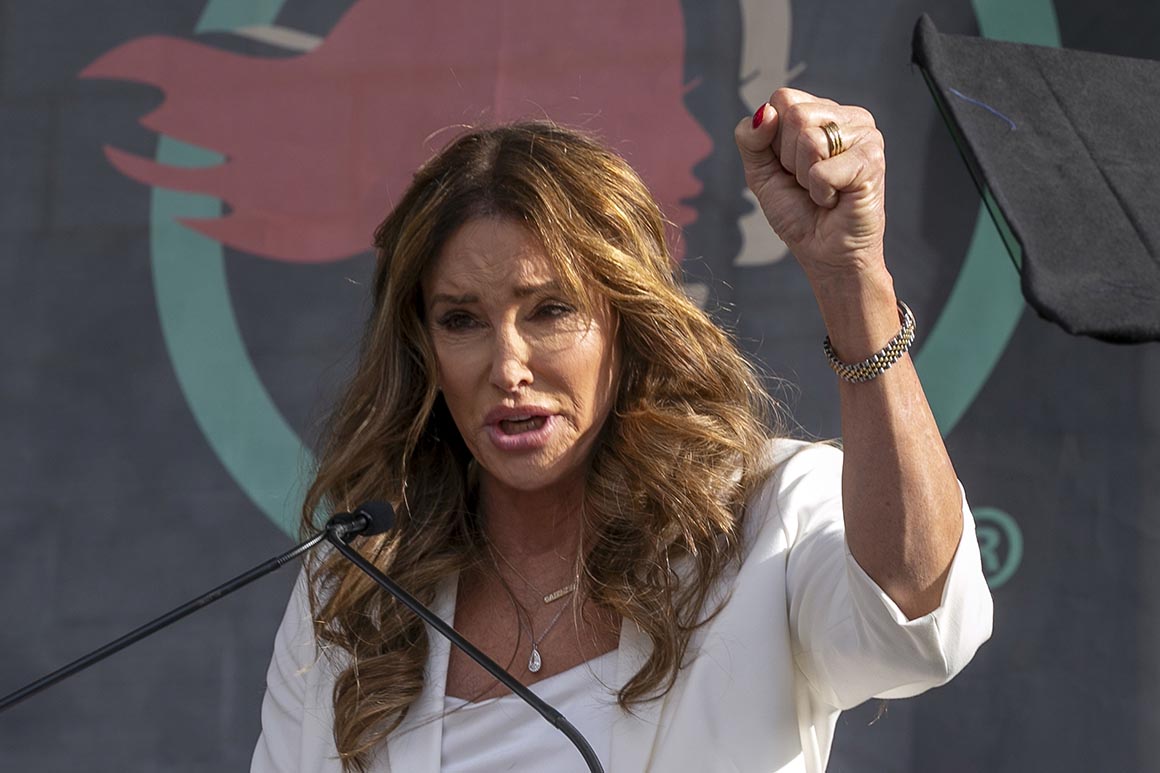 If Caitlyn Jenner were running to be governor of California as a Democrat, she would be seen universally as a historic figure. Regardless of her chances of winning the recall race to replace California Governor Gavin Newsom, Jenner is the highest-profile trans figure in national politics right now, and that representation matters for a group that is still vastly misunderstood by most Americans.

But Jenner is running as a Republican—and a former supporter of Donald Trump—a fact that has earned her the disapproval, even contempt, of many trans advocates. “Caitlyn Jenner is a deeply unqualified hack who doesn’t care about anyone but herself,” trans advocate Charlotte Clymer tweeted in April. “Trans people are dreading Caitlyn Jenner’s run for governor,” read one Vox headline.

Trans people are under no obligation to support Jenner as a candidate, but her embrace of some conservative positions and past support of Trump shouldn’t obscure the other parts of her record, like her opposition to the bathroom bill that was passed in North Carolina in 2016 and the Trump administration’s decision to rescind protections that allowed trans students to use the bathroom they preferred. She also criticized Trump for his ban on trans military service members and fully revoked her support of him in 2018, saying she initially judged his election as “fertile ground for change” in the Republican party but had turned out to be “wrong.”

In other words, Jenner’s positions as an advocate and politician are clearly complicated and clearly shifting and, at times, apparently wavering. But this collective effort to dismiss her because she has politics at odds with the more outspoken activists in the LGBTQ community also does no favors for getting others to recognize trans people’s contradictions and diversity. It also reminds me of another struggle: my own.

As a conservative transgender woman, I am excited, and nervous, to watch Jenner run for governor. First, let’s be clear about what a milestone this is: A transgender woman is running for the highest political office of one of the largest, wealthiest, most populous, and most important, states in the country—a state that has never even had a female governor. That should be a cause for celebration for transgender people. Trans people are rarely represented on such a hugely important political stage, which sends a signal that our concerns and our voters are not to be neglected by mainstream politics. Further, a Republican trans candidate in particular signals that trans people aren’t just an interest group. We’re complicated, multifaceted people who can’t change our opinions even if we change our gender identities—and for a great deal of us, that means even after our transition, we remain conservative and Republican.

Both Caitlyn and I transitioned late in life. I was 63 when I transitioned, and Caitlyn was 65. When you transition that late in life, most of your core beliefs and values have become ingrained. It is easy to trade in one hat for another. But it is not so easy to trade in a lifetime accumulation of beliefs and values for those you are told you should have by some members of the new community you have suddenly become a part of.

When Caitlyn was asked if she was a “real Republican” during her appearance at the Big Tent Brunch organized by the American Unity Fund at the Republican National Convention in 2016, she replied, “It was easy to come out as trans. It was harder to come out as a Republican.” Many people in the LGBTQ community, including myself, have echoed this thought. On the few occasions that I have ventured out of my shell and voiced my support for Republican candidates, I have met with rudeness, even threats, from the LGBTQ community and my Democratic friends. I have also been called a monster, an enemy of humanity and other names that cannot be printed here.

I have lost friends both in person and online. I am a huge fan of jazz, and during the recent presidential campaign, a jazz musician friend posted on Facebook that a person could not support Trump and be a fan of jazz at the same time, and anybody who felt that way should unfriend him immediately. I complied with his request.

I understand that being asked to unfriend someone is not the same as being discriminated against, which is how many advocates defend people like my old jazz friend. But the pressure to adopt political views I don’t identify with to be accepted as part of the trans community is frustrating: It is allowing others to erase parts of me, after I have spent a lifetime of doing that with my gender identity at the expense of my personal happiness and mental health, including near suicide attempts. What saddens me the most is that a community that prides itself on inclusion and diversity has no room for people like me who have retained their conservative Republican beliefs after transitioning.

I have been a Republican my whole adult life. I joined the Young Republicans when I was a freshman in college under the tutelage of a fraternity brother, who is currently serving as the speaker of the Ohio House of Representatives. I attended state and national conventions, hearing speakers such as Ronald Reagan and Barry Goldwater at events. These were formative events that shaped my worldview, and I continued to vote Republican in every election, except for 1976 when I became disillusioned by the Watergate scandal. (However, I immediately regretted my vote for the Democratic candidate.)

When I transitioned, I saw no reason to change the core beliefs and values that I accumulated over the course of 60 years of living. I am finding that I am not alone. There are other transgender women and men who think as I do. There are some Facebook groups for conservative transgender individuals, some of which are public groups, where people share their opinions on political issues, post memes, and interact with other trans individuals who share their conservative values. Recently, on one of the conservative trans Facebook sites, the members were cautioned about posting anything conservative on most other trans sites, because there is “no tolerance for anyone that is out of lockstep with them.” There are also a number of conservative-leaning transgender individuals on YouTube.

Caitlyn Jenner has said she wants to make the Republican Party more inclusive, and she is right to think there are LGBTQ folks who might be receptive to the party. In the fall presidential election, Donald Trump received 28 percent of the LGBTQ vote, which was more than double what he had received in 2016. There are also organizations such as the Log Cabin Republicans, which consists of LGBTQ individuals and their straight allies working to make the Republican Party more inclusive, particularly on LGBTQ issues.

In her autobiography, The Secrets of My Life, Caitlyn Jenner wrote, “Whatever political views I have, they will never interfere with doing everything that I can to help a community that has been so unfairly maligned and marginalized.” I believe her.

I call myself a quiet activist. I advocate for myself as a transgender woman in my public performances as a poet and in the way that I present myself in the community. I transitioned so that I could live a more truthful and authentic life, and the pressure to live and believe a certain way to be accepted as part of the community to which I transitioned feels like undoing that progress.

Near the end of her interview on Hannity earlier this month, Caitlyn talked about standing before the gates of heaven and asking whether she did a good job and the right thing. Isn’t that the goal of all of us? In my opinion, it is time to recognize and embrace the fact that the transgender community is broad, and that there is room for all transgender individuals, including those like Caitlyn and myself. All transgender individuals should be welcome in the community, even those who might believe differently, without threats and name calling. It is not healthy to reduce such a diverse and complex community to one set of beliefs. Caitlyn’s candidacy for such a high-level position as governor of California should be embraced as a positive and a huge step forward in our struggle to live authentic lives—whether that’s as a woman or as a man, as a Republican or as a Democrat.