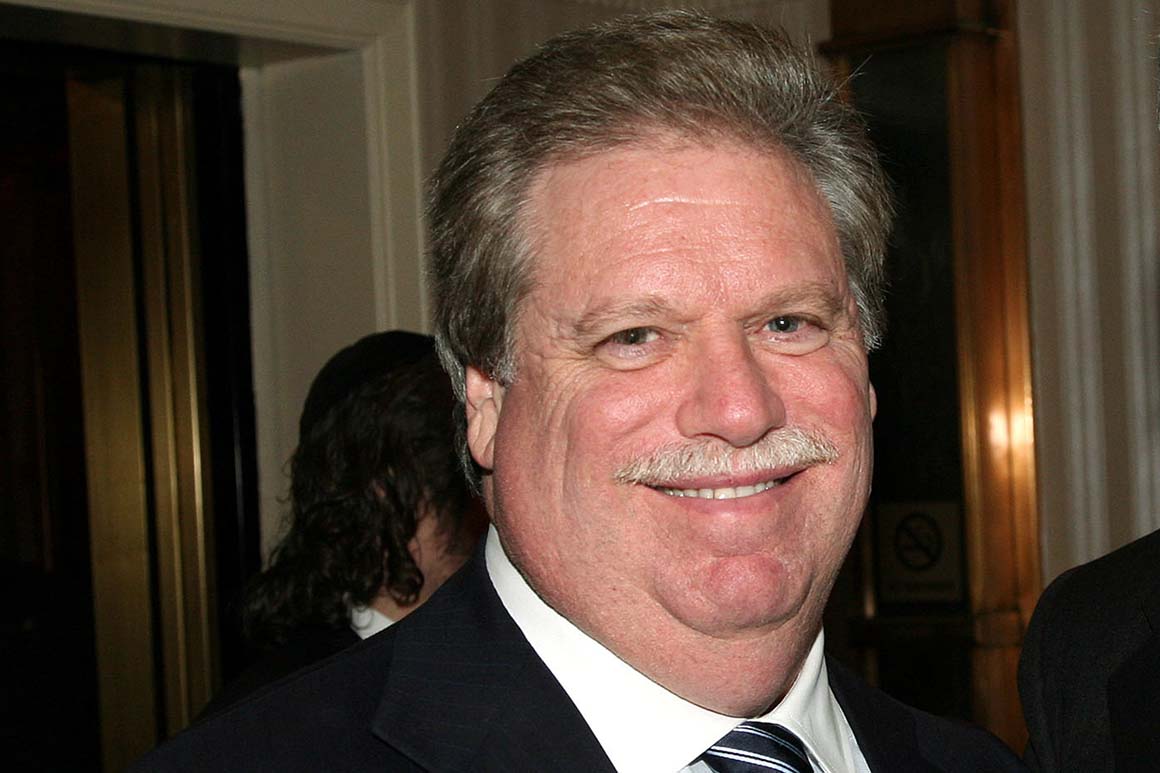 Two wealthy, well-connected targets of a major Justice Department investigation into efforts to influence the U.S. government’s probe regarding the looting of Malaysia’s sovereign wealth fund recently shook up their legal teams, according to court records.

The moves by Republican megadonor and former RNC deputy finance chair Elliott Broidy and Hawaii-based businessperson Nickie Lum Davis were prompted, at least in part, by a mysterious court ruling partially unsealed last December and by news reports that identified some of the key players in it, sources familiar with the matter said.

Broidy and Davis both pleaded guilty last year to felony charges that they worked together to violate the Foreign Agents Registration Act by failing to report that they were taking millions from Malaysian businessperson Jho Low for their efforts to get the Justice Department to drop a long-running investigation into Low.

The foreign-agent probe took on a high profile due to Broidy’s close ties to President Donald Trump and to allegations that Broidy tried to quietly trade on his contacts in the administration without disclosing his work or steep lobbying fees publicly under FARA.

The recent turmoil on both legal teams was set in motion Dec. 1, when Chief Judge Beryl Howell of the federal district court in Washington unsealed an intriguing court opinion about a Justice Department request to access emails involving an unnamed attorney in connection with an alleged “bribery-for-pardon” scheme. The 18-page opinion granted prosecutors the right to examine the email messages in connection with what Howell termed a “sensitive and ongoing” investigation.

The version Howell made public — over prosecutors’ objections — was heavily redacted, with all names and most factual details about the probe removed. But within days, stories appeared in the New York Times and elsewhere reporting that the attorney involved in the emails was prominent D.C. white-collar lawyer Abbe Lowell, who was representing Davis, and that Broidy was one of those involved in the back-and-forth about the potential pardon.

According to a source familiar with the episode, Lowell was seeking clemency for Berkeley psychologist Hugh Baras, who was facing a two-and-a-half year sentence on charges including tax evasion. The figure allegedly offering to make a sizeable political contribution to procure the pardon was Bay Area developer Sanford Diller, who died in 2018, the source said. The pardon never materialized and Baras served his prison time.

Several of the news accounts quoted another top D.C. defense lawyer, Reid Weingarten of Steptoe & Johnson, speaking on Lowell’s behalf, arguing he did nothing improper and downplaying the gravity of the probe. He told the Times that prosecutors left him “with the impression they had absolutely no concerns with Mr. Lowell’s conduct.”

The legal shakeups that ensued posed unusual headaches for Lowell and Weingarten — two friends and titans of the D.C. legal establishment, who have long been go-to lawyers for power players in serious legal trouble or in need of major legal firepower.

Weingarten, too, has accumulated an impressive roster of high-wattage clients, including former Agriculture Secretary Mike Espy, WorldCom CEO Bernard Ebbers and Goldman Sachs CEO Lloyd Blankfein. As a young prosecutor, Weingarten made his name by winning conviction of Rep. John Jenrette (D-S.C.) of bribery in the ABSCAM investigation.

The news accounts last December about the “bribery-for-pardon” probe took Davis and Broidy by surprise, according to sources, troubling the pair for different reasons.

Days before her guilty plea last August and on the same day Howell’s opinion was issued under seal, Davis signed a conflict-of-interest waiver that described potential conflicts in exceedingly vague terms.

“The defendant understands that the United States Department of Justice has raised with one of her attorneys, Abbe D. Lowell, his previous representation of certain individuals with whom Ms. Davis also has had contact or interactions and whose names have or might come up during her cooperation and of certain other individuals on matters unrelated to Ms. Davis,” the document says. “Ms. Davis has discussed these issues and the resulting potential for conflicts of interest with Mr. Lowell and with third-party counsel and knowingly and intelligently waives any potential or actual conflict of interest as to Mr. Lowell.”

A legal expert contacted by POLITICO expressed concern about the lack of detail in the waiver, including the absence of any names of other clients or individuals involved.

“The conflict-of-interest waiver that occurred here is a totally inadequate and inappropriate waiver,” said University of California at Hastings law professor Richard Zitrin. “It doesn’t say what it’s about.”

The judge handling Davis’ guilty plea, Leslie Kobayashi, never questioned Davis about the waiver or whether she understood its contents. 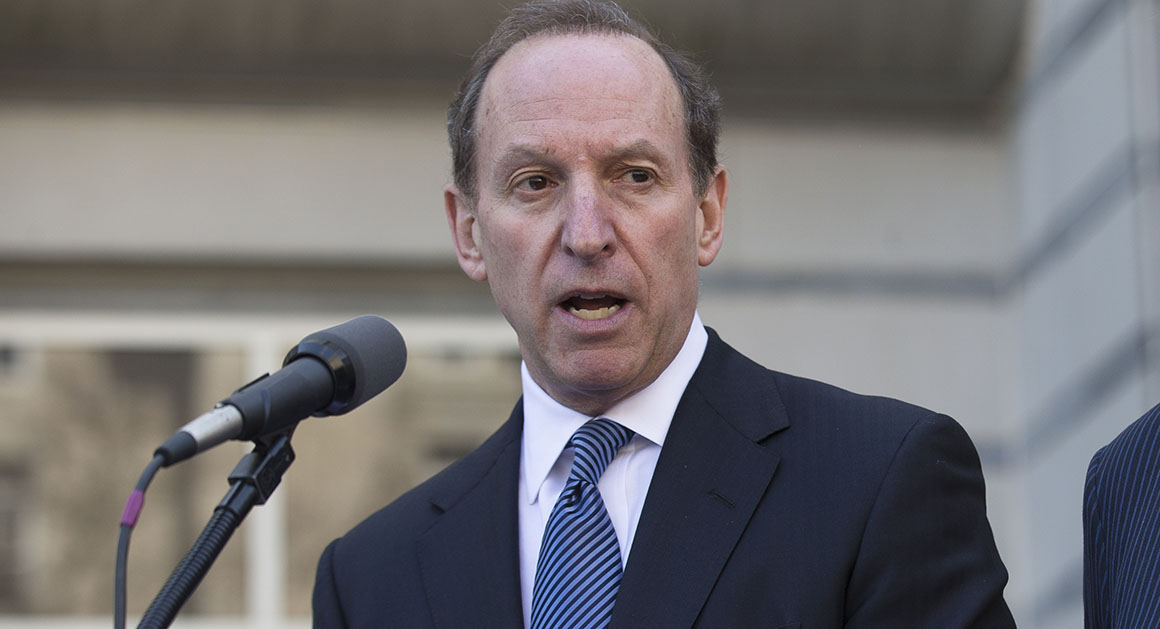 Davis has told associates that she believed the conflict-of-interest waiver — which she signed one business day prior to her guilty plea — involved other clients Lowell had represented who came up in the investigation into her and was not aware of the “bribery-for-pardon” investigation that led to Lowell’s communications being seized, a person close to Davis said.

Davis was troubled to learn that Lowell’s activities were under scrutiny by the Justice Department just as her plea was being negotiated, sources familiar with the matter said.

What’s more, the “bribery-for-pardon” probe Howell revealed in her opinion and the Davis case were both being managed by the No. 2 official in Justice’s Public Integrity Section, John Keller, who was also the lead prosecutor in Davis’ case, the sources said.

That means Keller was overseeing her prosecution even as he was investigating the dealings between Broidy and her attorney, Lowell, in connection with Diller’s bid to win a pardon for Baras.

Precisely how and when Lowell, a partner with Chicago-based Winston & Strawn, learned of the Justice Department’s interest in that issue remains unclear. However, records reviewed by POLITICO say Lowell retained Weingarten for work related to the “bribery-for-pardon” issue in June — months before the matter became public in December. In addition, Howell’s sealed opinion issued in August authorized the government to use the emails to “confront” those involved.

After the news reports in December, Davis became concerned that because of the ongoing probe involving Lowell, he might not have pressed for the best possible deal for her with the Justice Department, a source familiar with her thinking said.

A source close to Davis said she believes that a felony charge was unwarranted in her case and that others who acted similarly have simply been told to register after the fact or paid a civil fine.

Lowell, who formally withdrew from Davis’ case on April 16, declined to comment for this story.

Another lawyer for Davis who signed the waiver, Honolulu-based William McCorriston, did not respond to requests for comment. He remains on her case, court records show.

Keller also signed the waiver, for himself and two other prosecutors. A spokesperson for the Justice Department declined to comment on its adequacy or what the government disclosed to Davis’ lawyers about the “bribery-for-pardon” probe Howell discussed in her sealed opinion issued one business day before Davis’ plea.

Broidy’s dispute with his legal team — which insists the split was amicable — came about through separate but similar circumstances.

According to a source familiar with the episode, Broidy grew concerned late last year at Weingarten’s comments to the media defending Lowell in the pardon probe, given Broidy’s ties to that inquiry.

Around the same time, Broidy was paying Steptoe — Weingarten’s law firm — millions to handle hard-fought, lucrative civil litigation Broidy brought in 2018 against Qatar and related entities. Broidy’s suits accused Qatar and its allies of breaking into his emails and leaking them to the press in what he termed a “hack-and-smear” campaign stemming from his work for Qatar’s rivals in the United Arab Emirates.

In addition, shortly after going to work for Broidy on the litigation against Qatar, Steptoe agreed to lobby in the U.S. for a company controlled by the Qatari government, Qatar Aluminum Limited, according to disclosures on file at the U.S. Congress.

While Steptoe had overseen the hack-and-smear litigation since its inception, Broidy’s criminal liability under FARA and other matters was handled by Jeff Knox of Simpson Thacher and Bartlett and George Terwilliger of McGuire Woods.

Lawyers for Broidy and Steptoe issued nearly identical statements that said their parting was friendly, but they declined to answer questions about what brought the separation about.

It’s unclear what led to the delays in shaking up the legal teams for both Broidy and Davis, but the two appear to have been preoccupied in December and January by another, higher-priority effort: winning pardons from Trump. 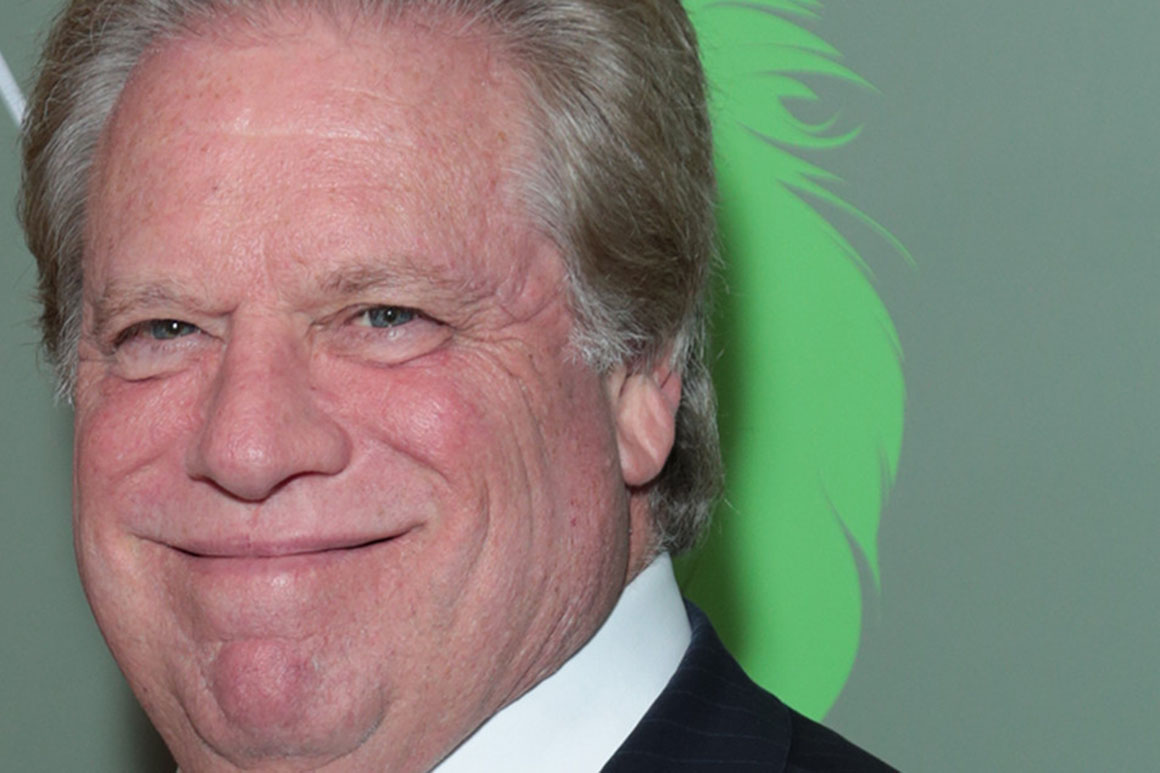 A day before Trump left office, he signed off on a batch of clemency requests. They included a full and unconditional pardon for Broidy, but nothing for Davis. She was still on the hook for potential prison time and a $3 million forfeiture, but the bigger fish — Broidy — was off.

Meanwhile, the Justice Department’s investigation into others involved in Broidy and Davis’ work for Low — the Malaysian businessman at the heart of the 1MDB scandal — continues.

Earlier this month, following a court filing that flagged Davis’ travel to Washington to testify to a grand jury, a POLITICO reporter observed her entering the federal courthouse near the Capitol accompanied by the lawyer who recently took over her criminal case, James Bryant Jr.

Davis spent about four hours inside as a grand jury met on May 6.

When Davis emerged, Bryant — who has represented her on business matters for years — said they wouldn’t take questions. “No comment on the testimony,” said the attorney, who is a member of the late Johnnie Cochran’s eponymous Los Angeles-based firm.

Prior to Davis’ arrival at the courthouse, POLITICO observed another key witness in the case going inside — former Justice Department congressional affairs specialist George Higginbotham. He has been cooperating with prosecutors since pleading guilty in 2018 to a felony charge of conspiring to make false statements to a bank in connection with the foreign-funded lobbying efforts for Low.

While Davis continues to cooperate with prosecutors, she is still mulling what steps to take next, according to people familiar with the situation.

A bid by Davis to take back her plea seems likely to anger prosecutors and could irritate the judge, who will decide Davis’ sentence.

There is also the question of whether a trial or a new plea agreement could yield a better result for Davis than the felony plea deal Lowell negotiated last summer, which exposes her to up to 5 years in prison and calls for her to forfeit $3 million.

Sources close to Davis noted that no one has ever been criminally prosecuted under FARA for representing a foreigner who is not a government official. However, there have been few prosecutions overall under the law, although the government has been trying to step up enforcement.

Court filings also suggest some uncertainty about how well Davis understood what FARA required. A statement of facts agreed to by prosecutors and Davis says Broidy initially assured her they did not need to register because they were providing legal services to Low, but it later “became clear” that their work required registration and she “deliberately and consciously avoided revisiting FARA.”

A criminal FARA prosecution requires proof that a defendant understood the law’s requirements and willfully avoided them. While Davis’ allies have raised doubts on that score, she told the judge last August she intentionally dodged the disclosure law.

“As the work continued on, I realized that the contacts being made required registration under FARA, but I deliberately avoided taking the steps necessary that might confirm what I had suspected, that registration was required. I then willfully failed to register,” Davis said, according to a transcript.

Withdrawing Davis’ guilty plea might expose her to the possibility of having her statements to prosecutors, to the court and to the grand jury being used against her at any future trial.

Davis’ sentencing, which has twice been delayed to allow for her continued cooperation and the government’s continued investigation, is currently set for October.