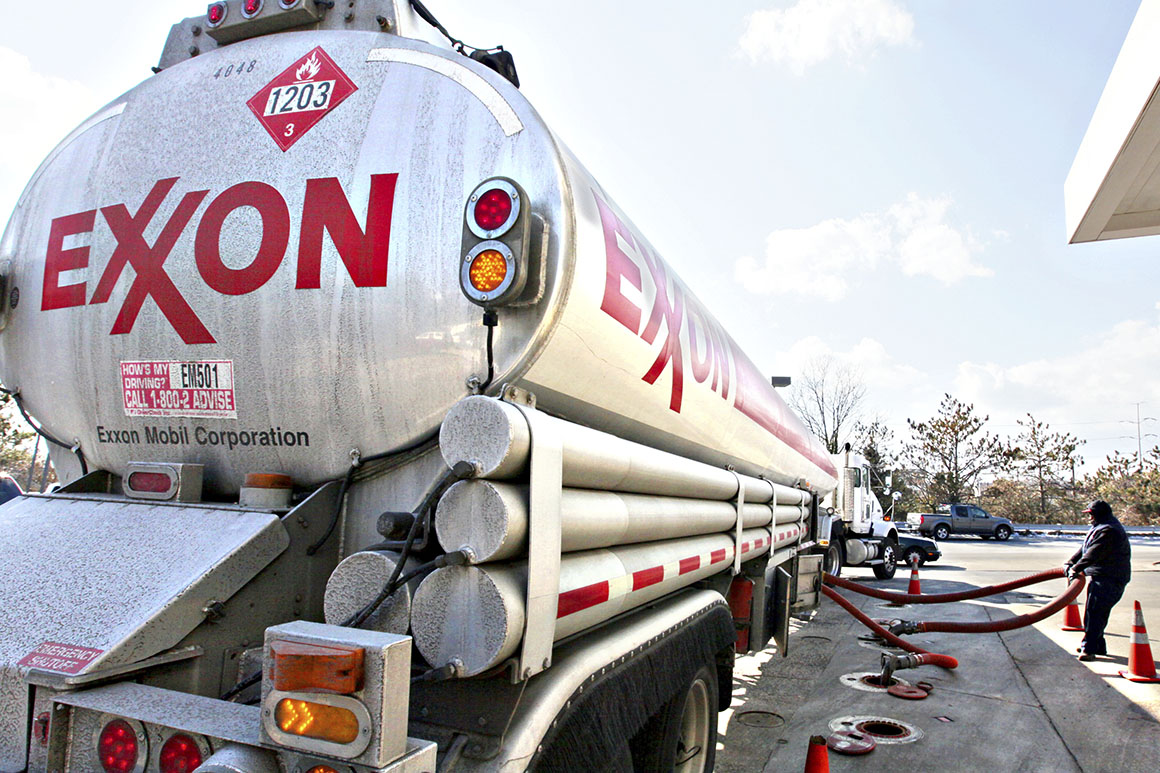 The oil industry, long a political heavyweight in Washington, suffered a series of extraordinary blows on Wednesday after shareholders, customers and the courts turned on the industry out of concern over climate change.

In the space of a few hours, Exxon Mobil Corp. was bested by an upstart shareholder seeking to shake up the company’s board. Chevron Corp. investors instructed the company to cut its greenhouse gas emissions. A Dutch court ordered Royal Dutch Shell to slash emissions by 45 percent. And while the oil industry was taking its hits, longtime ally Ford Motor Co. widened its distance from fossil fuels.

“Game-changer is an overused metaphor, but surely this is one,” Environmental Defense Fund President Fred Krupp said of the day’s events. “The policy environment for companies has already changed and will change more.”

The rebukes signal that climate concerns, once confined to environmental activists and barely registering with some Washington lawmakers, have become mainstream thinking in C-suites and on Wall Street, analysts said. The visible effects of climate change, action by governments, and shifting consumer sentiment are transforming the world in which companies do business.

The speed of events — taking place in an industry that typically measures change in decades — means that companies and even entire regions, including West Texas, will have to face a reality in which will there be less demand for their product, said Mark Jones, a political science fellow at Rice University in Houston.

The action started early Wednesday when a Dutch court said European energy giant Royal Dutch Shell had helped drive “dangerous climate change” and ordered the company to cut its own CO2 emissions and those of its suppliers and customers by 45 percent by the end of 2030 from 2019 levels.

The closely watched suit — filed by Friends of the Earth Netherlands and more than 17,000 citizen co-plaintiffs — claimed that Shell’s annual emissions, which account for about 3 percent of the globe’s total, constituted an unlawful danger to the climate that must be stopped.

Shell last month said it would cut the carbon intensity of its products by 20 percent by 2030 and go net zero on emissions by 2050, efforts that its shareholders backed last week. The company is also investing billions of dollars in electric vehicles, hydrogen, renewables and biofuels.

But the Dutch court said Shell’s initiatives weren’t concrete and relied too heavily on “monitoring social developments rather than the company’s own responsibility for achieving a CO2 reduction.”

Shell will appeal what it called a “disappointing” verdict, and the ruling sets no precedent for U.S. courts. But the Dutch decision to force emission reductions on a company adds to similar rulings in the Netherlands, France and Germany, in cases that sought to boost government climate efforts.

The judgment is “mind-blowing,” said Joana Setzer, assistant professor at the Grantham Research Institute at the London School of Economics and Political Science. “The court is telling the company they have to make financial sacrifices and shift their behavior.”

Hours later, Exxon Mobil lost a fight with its own shareholders. Engine No. 1, a small investor group focusing on long-term returns, convinced a majority of shareholders to install at least two of its nominees, Gregory Goff and Kaisa Hietala, on the oil company’s board. Engine No. 1 candidate Anders Runevad was not elected, and Exxon said it was reviewing the votes on a fourth, Alexander Karsner.

The win by Engine No. 1, even a partial one, was a milestone and a sign that environmental, social and governance investors are gaining influence in board rooms. The move came even after Exxon spent $35 million to thwart the effort. It succeeded after BlackRock, the world’s largest asset manager with more than $8.6 trillion under management, backed three of Engine No. 1’s candidates.

Engine No. 1 had argued that Exxon’s reluctance to change its business strategy to account for climate change was endangering profits. The vote, in fact, was a double win for environmentalists and their investor allies. It delivered a long-sought blow to the energy giant only because major asset managers such as BlackRock used their significant clout to force change.

Vanguard and State Street, the biggest and third-biggest shareholders, had not disclosed their votes as of late Wednesday. BlackRock, Exxon’s second-largest shareholder, voted for Goff, Hietala and Karsner.

“Exxon and its Board need to further assess the company’s strategy and board expertise against the possibility that demand for fossil fuels may decline rapidly in the coming decades,” BlackRock wrote. “The company’s current reluctance to do so presents a corporate governance issue that has the potential to undermine the company’s long-term financial sustainability.”

It was a remarkable rebuke to a company that has long held tremendous political sway, to the point that its former CEO, Rex Tillerson, took the helm at the State Department in 2017 under then-President Donald Trump.

Darren Woods, chairman and CEO of Exxon Mobil, said in a statement: “With almost 3 million shareholders, it’s not surprising we heard a wide range of views, and many supported the work that we’re doing to improve earnings and cash flow capacity, as well as the work to advance the company to a lower carbon future. Today, we heard shareholders communicate a desire for Exxon Mobil to further these efforts. We’re well-positioned to do that.”

Things went nearly as badly for Exxon rival Chevron, which held its own annual meeting earlier in the day. A shareholder resolution that would force the company to cut its scope 3 emissions — greenhouse gases released by the use of the oil, gas and other products it sells — passed with 61 percent of the vote.

While the oil companies were taking hits from shareholders, a major automotive company—Ford—was doubling down on its plan to be free of fossil fuels. A week after launching the all-electric F-150, Ford announced that it had already received 70,000 reservations for the pickup truck, which will roll into showrooms in 2022.

The automaker also upped its spending on electrification, including battery development, to more than $30 billion by 2025 from the current $22 billion. The company anticipates that 40 percent of its global vehicle volume will be fully electric by 2030.