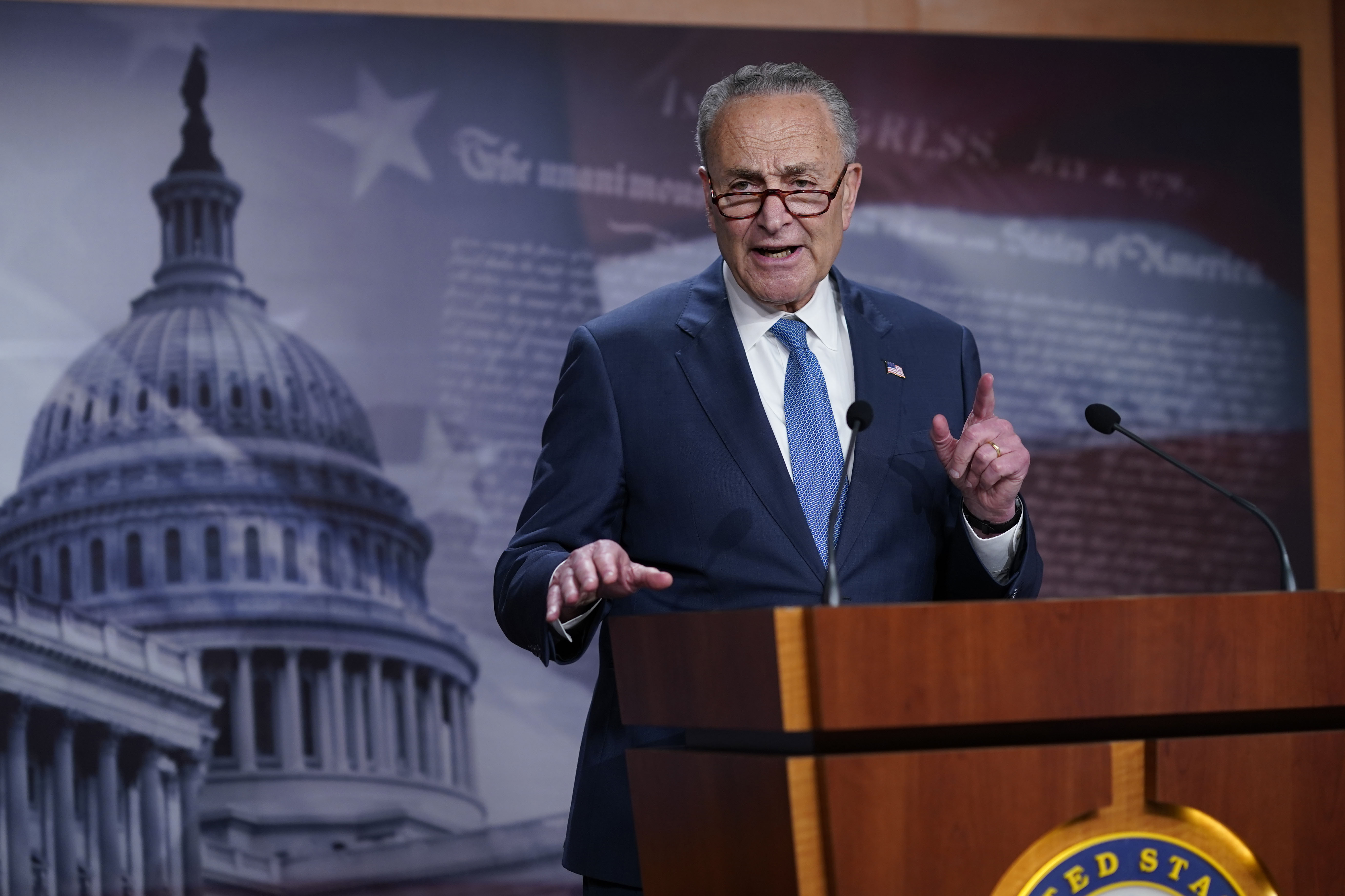 Chuck Schumer and Susan Collins agreed on her changes to a proposed commission investigating the Jan. 6 Capitol riot. That didn’t stop a testy exchange from erupting on the Senate floor in the middle of Friday’s make-or-break vote.

An incredulous Collins shook her head after the Senate majority leader set up the doomed roll call on the commission by asking Republicans about to block it: “What are you afraid of? The truth?” As the angered Collins saw it, Schumer had made an overly partisan appeal that omitted her efforts to cut a bipartisan deal on the insurrection inquiry.

“Totally unbelievable,” the Maine GOP senator told Schumer on the floor. He gave a subsequent speech endorsing her changes, but it was too late. Republicans had already filibustered the bill.

Sen. Rob Portman (R-Ohio) was also upset that Schumer’s speech did not say anything positive about Collins’ amendment and followed up to ask the Majority Leader for his commitment to it. The details of the last-minute handwringing comes from half a dozen senators and aides with knowledge of the day’s vote.

Democrats thought they’d given Collins everything she wanted on the commission, and still she came up short of breaking a filibuster. Collins and other Republicans came away worried that Schumer would rather thrash their party as obstructionist than try and get the three more votes he needed to reach the required 60. The resulting bitterness recalled the tension that’s long built up in the House, as the lingering scars of the pro-Trump Capitol attack splinter the two parties on even the most anodyne legislation.

The Senate, where far fewer Republicans challenged Donald Trump’s loss to Joe Biden, has so far avoided the mutual resentment that’s taken hold on the other side of the Capitol. And the upper chamber is still on track to pass Schumer’s bipartisan China competitiveness bill.

Even so, the scuttled commission vote was a microcosm of Congress’ failed efforts to move forward after Jan. 6: Two senators from opposite parties supported the same goals and briefly turned their frustrations on each other as 10 Republicans wouldn’t come on board.

It doesn’t bode well for a Senate that controls much of Biden’s agenda.

“We all take an oath to defend the Constitution against enemies foreign and domestic. And some people take that seriously. The fact that it’s not universal right now is pretty damn scary,” said Sen. Martin Heinrich (D-N.M.). “Some of the people who really inflamed all of the things that led up to [Jan. 6], those are not people I’m going to be able to work with.”

The commission filibuster comes ahead of an increasingly tough summer of failed votes and pressure from the left for Democrats to ditch negotiations with Republicans altogether. Schumer is planning to bring up a high-priority voting rights bill in June, as well as pivotal measures on gun safety and LGBTQ rights.

Schumer’s floor tangle with Collins wasn’t a surprise in one sense: He just spent a year trying to defeat her reelection bid, creating a chasm between two senators who need to work together to create bipartisan progress on tough issues.

Nonetheless, he put a characteristically sunny spin on what’s been a grueling few weeks, with his top priority on confronting China taking about a month to pass and brutal fights ahead on issues Republicans will no doubt oppose. A growing share of Schumer’s caucus thinks Democrats’ biggest impediment is the filibuster that forces them to work with Republicans at all.

“Senate Democrats are doing everything we can to move bipartisan legislation when the opportunity exists,” the New York Democrat said Friday. “But we will not wait for months and months to pass meaningful legislation that delivers real results for the American people.”

The failed commission vote and the jam-packed Senate agenda are all but guaranteed to renew the debate over whether Democrats should kill the legislative filibuster. While Sens. Joe Manchin (D-W.Va.) and Kyrsten Sinema (D-Ariz.) have vowed they will not touch the chamber’s 60-vote threshold, the series of votes set for June will increase pressure to do so.

“It affects how I think about Senate rules,” said Sen. Tim Kaine (D-Va.), of Friday’s vote. “Whether it’s this [commission] or voting rights or other things, people expect at a minimum we’re going to protect the country’s democracy. If one side’s not willing to, I’m not as a member of the majority going to throw up my hands and say ‘OK, I guess we can’t.’”

No matter what the Senate does on other bills, the failed commission vote is likely to cast a pall over the chamber for months if not years. It’s nearly impossible for many senators to get past the harrowing hours they spent sequestered in a secure area of the Capitol after Trump supporters rioted to prevent Congress from counting the Electoral College votes.

With that in mind, Sen. Chris Murphy (D-Conn.) said his party held out hope until the last minute Friday that nine Republicans would join Collins to move forward. The Senate instead reached a “heart-breaking” result, Murphy said, reflecting the psychological significance of the commission falling to a filibuster.

“It’s still fresh in a lot of people’s minds, and certainly shapes the way that people look at issues and perhaps even some relationships,” said Senate Minority Whip John Thune (R-S.D.), who neither supported the commission nor joined its most vocal opponents. “We need to learn from it and grow from it. But we also have to be capable of taking on other issues.”

It wasn’t clear that Republicans were totally comfortable making public arguments against the commission. Minority Leader Mitch McConnell (R-Ky.) was the only senator who repeatedly made a strong case for opposition on the floor.

Six Senate Republicans voted in favor of moving forward on the bill, which had won 35 House GOP votes. Sen. Pat Toomey (R-Pa.) said he would have supported the legislation with Collins’ changes, but was absent due to a family commitment.

Just one of the seven Republicans who voted to convict Trump, Richard Burr of North Carolina, opposed the commission, arguing that it would be onerous and drag into the midterms. A GOP counterargument, voiced by Sen. Bill Cassidy of Louisiana, is that the bipartisan commission would be far superior to a Democratic-led select committee that may come any day now.

“If you ask [Louisianans], who do you more trust: An independent commission or one made up of members of Congress hand-picked by the speaker? They don’t trust the speaker,” Cassidy said of California Democrat Nancy Pelosi. He said the commission bill was not a hard vote.

For those who opposed the measure, it wasn’t a hard vote either. McConnell made such an intense case against the commission that the only person’s vote who seemed up in the air was Sen. Portman, who voted to advance the bill after assurances that Collins’ amendment had Democratic support.

Sen. Marco Rubio (R-Fla.), a former acting Intelligence Committee chair who voted against the commission, said it wasn’t a tough call for him. Even if Collins’ changes had been adopted, Rubio added, he would “probably not” have voted to even kick off debate.