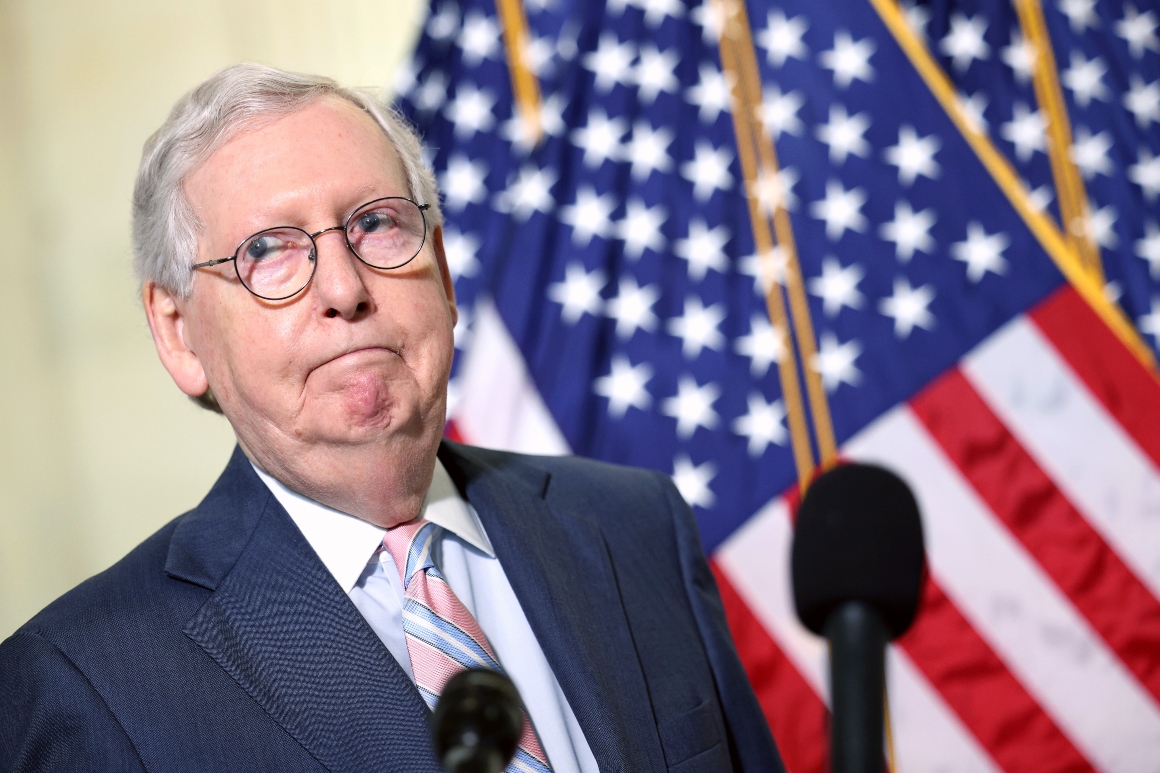 Senate Republicans on Friday blocked a bill that would form an independent commission to probe the Jan. 6 Capitol riot, the first filibuster of the year by the chamber’s 50-vote minority.

The 54-35 vote, with six Republicans breaking ranks to join every Democrat in favor, came after Senate Minority Leader Mitch McConnell lobbied his members forcefully against the House-passed commission measure. The vote was delayed through the night by a handful of Senate Republicans who obstructed China competitiveness legislation, though Democrats decided to punt that bill until after the Memorial Day recess week in order to push forward on the commission bill.

Several undecided Republicans came down against advancing the commission ahead of Friday’s critical procedural vote, despite efforts by Sen. Susan Collins of Maine to broker a compromise and last-minute lobbying by the family of fallen Capitol Police officer Brian Sicknick. McConnell took an increasingly hard public and private line against establishing the new panel to probe the Jan. 6 Capitol attack by pro-insurrectionists, dubbing the commission idea “extraneous” on Thursday.

Senate Republicans had not blocked any of Democrats’ bills on the floor before Friday. Democrats lamented the blockade of the legislation, with the memory of the violent insurrection still fresh in the minds of many lawmakers.

“On Jan. 6, we all walked over that broken glass. We all saw the spray paint on the walls. We all stood huddled together in shelter,” Sen. Amy Klobuchar (D-Minn.) said on the floor before the failed vote.

The six Republican senators who voted to advance the commission proposal were Lisa Murkowski of Alaska, Susan Collins of Maine, Bill Cassidy of Louisiana, Ben Sasse of Nebraska, Mitt Romney of Utah and Rob Portman of Ohio. All but one of them also voted to convict former President Donald Trump in his second impeachment trial earlier this year.

Given Trump’s role in encouraging his supporters to storm the Capitol on Jan. 6, as well as his public opposition to the House-passed commission bill, Democrats wasted no time in tying the Friday filibuster to the former president.

The GOP blockade could put further pressure on senators to consider reforms designed to weaken the filibuster, despite Sen. Joe Manchin’s (D-W.Va.) repeated affirmation that he supports a 60-vote threshold to pass most legislation.

Sen. Ben Ray Lujan (D-N.M.), called Friday’s vote one of the “defining moments that all of our colleagues need to take a look at, I think for the good of our country.”

Collins’ efforts to negotiate a compromise to allay some Republicans’ fears about the makeup of the commission failed to gain traction, with many Republicans opposing a separate commission regardless of its form. Democrats were also skeptical of her changes, arguing they already made changes in the House to address Republicans’ concerns.

The proposed commission, modeled after the 9/11 Commission, would have equal subpoena power and an even split between Republican and Democratic appointees, both top Republican requests.

“I think it would be appropriate to have further evaluation of what happened on Jan. 6 and who’s responsible and how we can prevent that from happening again,” he said.

Cassidy warned of the consequences for Republicans of a partisan investigation. “The investigations will happen with or without Republicans,” he said, arguing that only Republican involvement would keep them “fair, impartial, and focused on the facts.”

The Senate voted on the Jan. 6 commission shortly before leaving for recess. It’s unclear if the concept might come back up for another vote, or whether Democrats will abandon the commission to pursue their own investigations. Friday’s filibuster, however, likely dooms the prospects of any comprehensive independent investigation into the insurrection.

Top Democrats are weighing whether to deploy a one-party inquiry into the events of Jan. 6. Such an approach, known as a select committee, would not require Republican support but could be seen as partisan.

Democrats could also continue with existing committee investigations into the insurrection. FBI Director Christopher Wray is set to testify before the House Oversight Committee next month, and several Senate committees are expected to issue their own reports on the insurrection in the coming weeks.

Klobuchar, who chairs one of the committees set to issue a report, said it would be “no substitute” for an independent commission, calling it an analysis of immediate security fixes rather than a deeper dive into the attack.