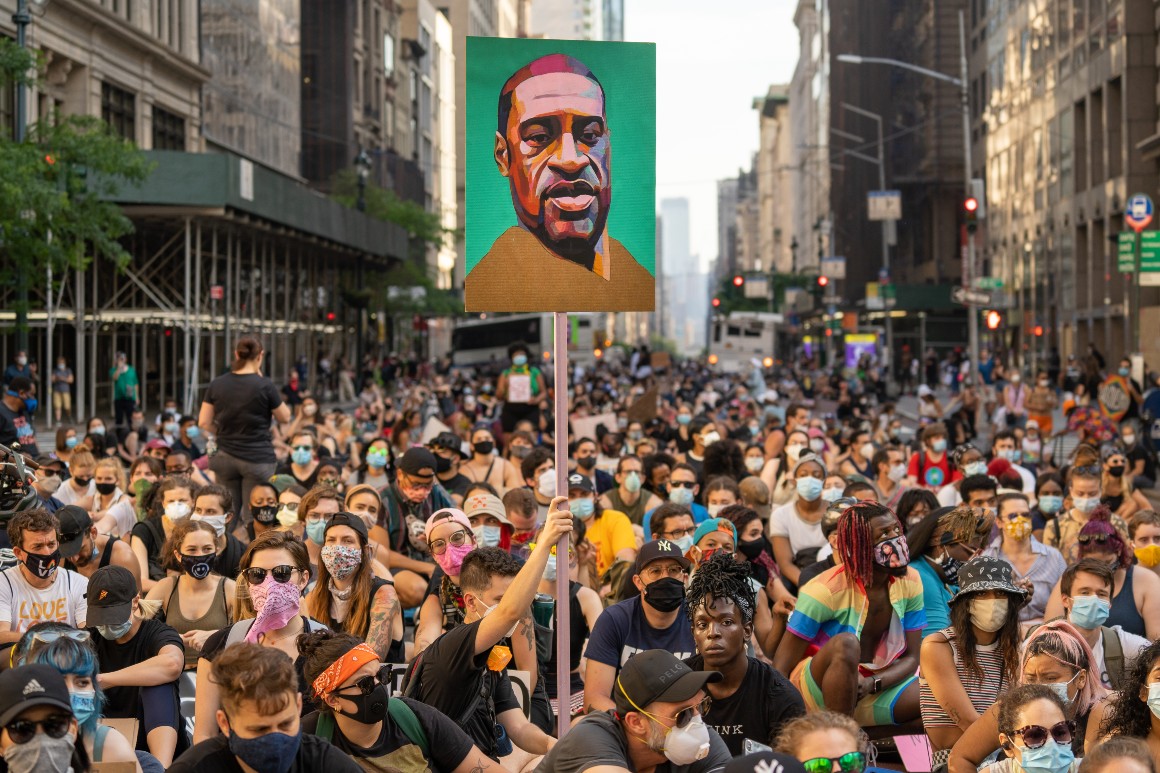 Governors in nearly every state have collectively signed 243 bills over the past year meant to change policing in the the U.S., a landmark moment following the national reckoning on race touched off by George Floyd’s murder.

Maryland, Virginia and Washington are among the states that enacted laws banning chokeholds, limiting no-knock warrants and increasing transparency around disciplinary records for law enforcement. Some states, like Arkansas, Massachusetts and Colorado, passed measures requiring law enforcement to intervene when another officer is using excessive force. Leaders in statehouses say they’re proud of the work they’ve done.

“States are the right place to get this done because the vast majority of law enforcement report to the states. It should be this way,” New Mexico House Speaker Brian Egolf, who helped lead passage of a law making New Mexico the second state to ensure law enforcement officers and other state officials can be held liable in civil lawsuits for egregious conduct.

“We can get to nationwide police reform,” Egolf said. “We just have to do it state by state.”

But as Congress continues to debate already-weakened police reform legislation on Capitol Hill — earning a rebuke Tuesday from a lawyer representing Floyd’s family — advocates for police reform say that both Republican and Democratic lawmakers are failing to achieve real change. They say the fundamental transformation of policing that was envisioned a year ago, as millions of protesters spilled into the streets to demand justice for Floyd, is not even close to being realized.

Instead, activists say, statehouses are focused on changing policing practices rather than seriously confronting difficult issues like reducing the size of law enforcement budgets, the top demand from police reform advocates. Some states leveraged the national attention on law enforcement to protect police officers, like in Georgia, where the statehouse approved a bill last year creating an officer “bill of rights.” And now, the “defund the police” movement is facing a new threat: State laws that prevent local governments from redirecting law enforcement funds to social services programs. 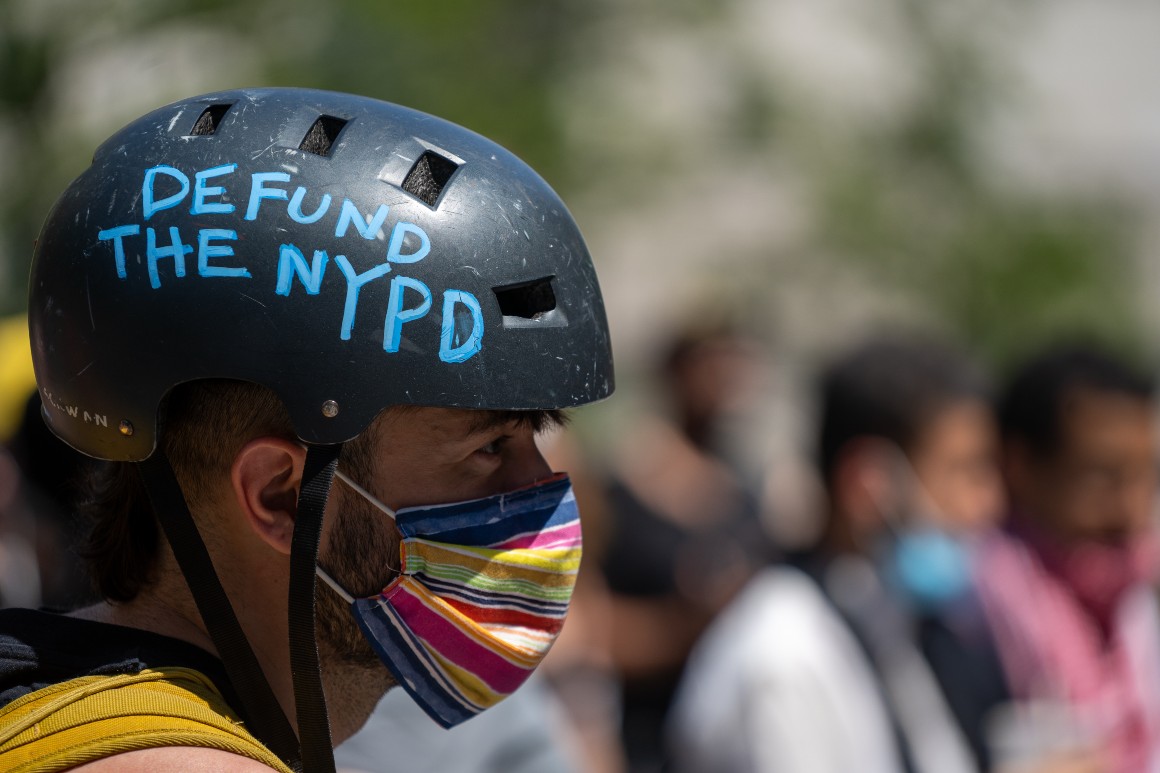 The reform legislation that has passed in statehouses in recent months only addresses the calls activists began making seven years ago, after the 2014 death of Michael Brown in Ferguson, Mo., ignited a national civil rights movement, said Thomas Harvey, director of the Justice Project at the Advancement Project.

“Most of these things fall extremely short of the demands of the people who went to the street for the entire summer,” Harvey said.

“I think of this as attempts at pacifying a movement that is really successful at exposing the impossible-to-fix roots of the problems of policing,” he said. “It’s not responsive to that.”

Lawmakers say that it’s just the starting point — a baseline — for more ambitious reform. Like in Virginia, where Gov. Ralph Northam signed a package of bills in October after calling for an emergency session to address police violence. The new laws put in place changes to policing practices such as banning no-knock warrants, requiring minimum training standards for police and strengthening the decertification process for law enforcement.

But at the end of the session, many advocates and some progressive lawmakers felt frustrated that the legislature fell short in enacting sweeping changes that initially felt possible when civil rights demonstrations captured national attention last summer.

“We are excited about the progress that we’ve made but don’t overlook the work that needs to be done,” said Del. Lashrecse Aird, who shepherded the legislation prohibiting no-knock search warrants. Virginia became the third state in the nation to ban the practice after Breonna Taylor was fatally shot by police in Kentucky during a botched raid on her apartment.

Aird, a progressive who was elected in 2016, blamed moderate Democrats for watering down criminal justice bills that set out to make wholesale changes to how police operate. She said she intends to tackle police department budgets when the legislature returns in the next session.

“You hear a lot about ‘defund the police’ and that means very different things to very different people,” she said. “I’m almost sure you’ll see attempts at another bite of the apple the next time we come around.”

Police unions from state to state flexed their political influence to stamp out or weaken legislation, like in California where moderate Democrats nearly blocked an officer decertification bill in a committee hearing last month over language that would have altered California’s civil rights law to make it easier for people to sue cops. Last week, the bill advanced to the Senate floor after that provision was stripped.

California is one of just four states that doesn’t have a process for pulling an officer’s badge if they’ve committed a crime or violated state training standards. Police reform activists say this allows officers with a history of abuse and violence to bounce between departments.

After George Floyd’s death, the Peace Officers Research Association of California, the largest statewide law enforcement organization, called for a national use of force standard, and to raise training standards as well as mandate that all law enforcement have a duty to intercede when fellow officers are using excessive force.

“Police unions need to figure out where they can find compromise,” said Brian Marvel, president of the group. “We need to come to the table with ideas on what we can do to improve our profession and how we can make it better and serve our communities. Those are the things we’re doing in California and hopefully my colleagues in other states are trying to do the same thing.”

In some Republican-controlled states, the debate now is less about reforming the police than stopping the “defund the police” movement through so-called preemption laws. Bills are pending in states like Texas, Wisconsin, Iowa and Arizona that would cut funding for any city that slashes police funding. Reducing police department budgets is a nonstarter for police unions, which argue law enforcement actually need higher salaries in order to recruit qualified officers.

Florida has been the most aggressive on this by recently passing the toughest anti-protest legislation in the country. In direct response to the Black Lives Matter movement, Gov. Ron DeSantis last month signed a law that provides new protections for police and increased the penalties for people who take part in property damage or violence during protests. Buried in the bill is provision that allows any city council member or state attorney to challenge a municipal budget that reduces police funding — appealing all the way up to the governor, who can then reject that budget proposal.

That could have immediate consequences for the city of St. Petersburg, which this year rerouted about $850,000 in funds earmarked to hire 25 new police officers to instead create a program that dispatches social workers to handle certain calls typically handled by law enforcement, such as wellness checks and interactions with people experiencing homelessness. The program was designed with the support of the local police department and mayor.

“It would have been tone deaf to proceed with just hiring 25 new officers as if we didn’t listen to what happened over the summer when the community was clearly telling us they needed a different type of support and help with the police,” she said.

But now, Rice worries that the program — which just began its work a few months ago — is in jeopardy. In its first 100 days, program leaders responded to over 350 calls to nonviolent situations instead of police officers being dispatched. Half of those calls involved mental health episodes and suicide threats.

“All it takes are a couple of hot heads with an agenda and our whole budget process is at the mercy of the state,” she said.