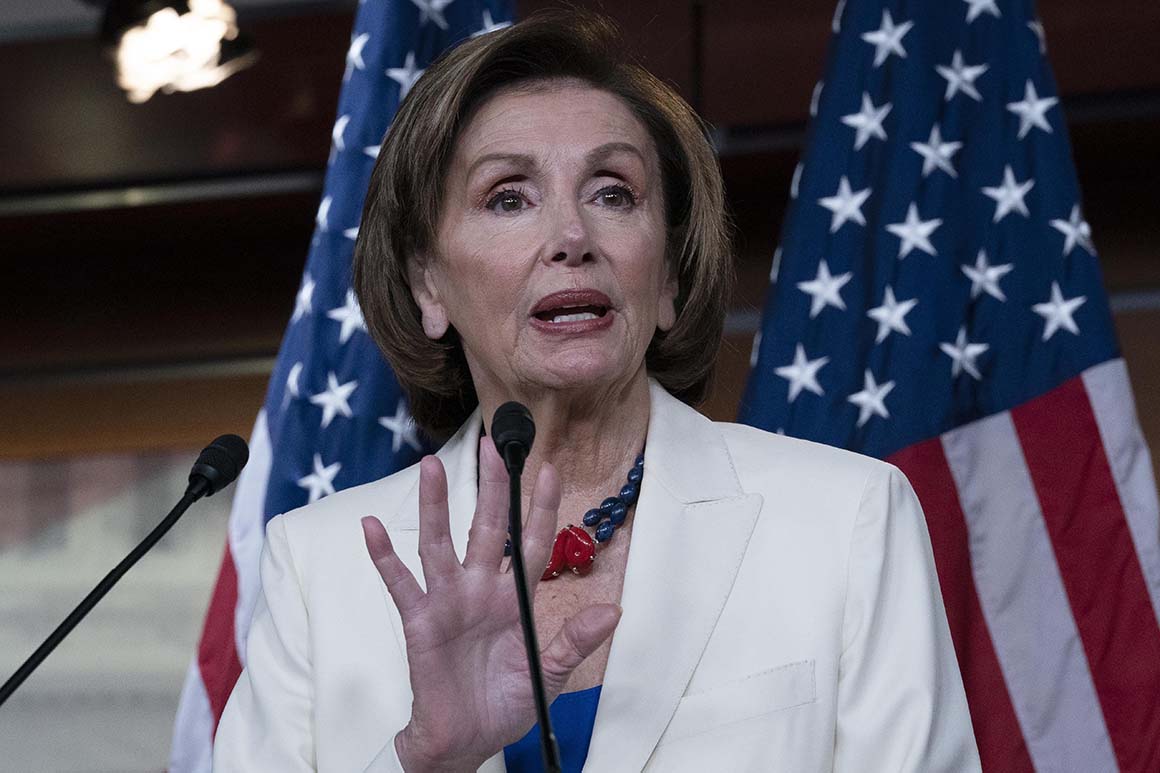 This summer will be the furthest thing from a vacation for congressional Democrats.

President Joe Biden’s party is gearing up to sprint through Washington’s sweltering season, trying to squeeze through a long list of top legislative priorities in barely two months. With Biden’s sprawling infrastructure plan stuck in bipartisan talks, a voting rights bill mired in the Senate and the fate of police reform hanging in the air, Democrats acknowledge that time is not necessarily on their side.

That’s on top of Congress’ regular to-do list, which includes averting a showdown over both the federal budget and the debt limit by September. To get those goals passed, both parties will need to be in lockstep — the kind of cooperation that’s been in short supply in the Capitol since the Jan. 6 insurrection, with tensions still high on both sides.

Democrats are publicly grinning through the stress. But they also recognize that their summertime scramble will have enormous implications for the fate of the agenda that got Biden elected. Given the likelihood that next November’s midterm could wrest away the party’s grip on Congress, Democrats are eager for an intense burst of activity before Washington is overtaken by further preelection political paralysis.

Speaker Nancy Pelosi is eyeing July 4 for passage of Biden’s infrastructure plan, though Democrats are starting to suggest that the deadline may slip. While the White House is still trying to reach a bipartisan infrastructure agreement with Senate Republicans, some Democrats are starting to lose patience. The White House’s latest offer on Friday showed the two parties roughly $1.5 trillion apart on their tax and spending plans.

Senate Majority Leader Chuck Schumer is also vowing to bring a major elections and ethics bill known as S. 1 to the floor by August. Democrats are still waiting to see if West Virginia Sen. Joe Manchin will switch course and join the other 49 members of his caucus in supporting it. While the legislation has unanimous GOP opposition, and therefore no chance of passing into law right now, progressives have long viewed voting rights as the vehicle for a public fight over the future of the legislative filibuster.

The deadline that looks most daunting is on overhauling policing laws. Biden had called for Congress to deliver him a final proposal by May 25, the anniversary of George Floyd’s death. While negotiators say they’re making progress, talks could last into the summer as Democrats and Republicans spar over thorny details such as officers’ legal immunity.

“You could do police, S. 1 and infrastructure between now and July,” said Sen. Tim Kaine (D-Va.). But he acknowledged: “For the Senate, it’s a pretty heavy lift.”

Before summer’s end, Democrats also must determine the fate of pandemic-related unemployment benefits, with an extra $300 per week in federal jobless benefits set to expire Sept. 6. It’s likely to be a divisive issue, even among Democrats, with moderates and liberals at odds over whether to extend the aid as vaccinations increase, but the nation continues to see troubling economic indicators. Republicans aren’t expected to support an extension, arguing that the benefits discourage returning to work.

Schumer cautioned his caucus at an in-person lunch last month that Democrats don’t have the luxury of time, given the tight legislative calendar and the need for the Senate to keep confirming Biden’s nominees. While the Senate has confirmed nearly all of Biden’s Cabinet picks, the chamber is soon expected to ramp up its pace of judicial confirmations, further bogging down the floor schedule.

Legislating necessarily takes longer in the upper chamber, with days of debate and procedural hurdles typical before a final vote. For instance, a modest bill addressing the rise in hate crimes against Asian Americans ate up two weeks of Senate floor time. Another bipartisan proposal led by Schumer and Sen. Todd Young (R-Ind.) to compete with China will take a similar chunk of time.

“You can just see how long a bill that has bipartisan support takes,” said Sen. Chris Murphy (D-Conn.), noting that a China competitiveness bill currently on the floor isn’t nearly as controversial as the other legislation Democrats are discussing.

“It’s going to be really hard,” Murphy warned. “I think we better be prepared to work some Fridays, some weekends. I think it’s going to be difficult.”

So far this year, Democrats have already muscled through a roughly $1.9 trillion pandemic aid package without a single GOP vote, a hard-fought victory in the early weeks of Biden’s term. But their pace of work will need to pick up even more dramatically if they hope to rally their party behind another enormous bill. And many already acknowledge that their push on infrastructure will have to navigate even more political tripwires than a pandemic response plan that was considered far more urgent.

“Time is getting short,” said House Budget Committee Chair John Yarmuth (D-Ky.), whose committee is tasked with teeing up the reconciliation process if or when Democrats decide to move on an infrastructure bill without Republicans.

The House has already passed some of the party’s biggest priorities, such as the voting rights bill, and plans to spend much of June on spending bills ahead of the Sept. 30 expiration of current government funding. Next month, Democrats will also need to figure out how to pass a budget — a political exercise that gets tricky with tight margins — while committee chairs work furiously to assemble Biden’s infrastructure plan for a possible vote.

Lawmakers have to do all that on a truncated time frame: The House is slated to be in session for just five weeks before the start of the August recess, though senior Democrats have said it is possible they could add more days to the calendar. The Senate is scheduled to stay in session through the first week of August.

“I think, realistically, we’ve got to start moving on major pieces by the second week of June,” Yarmuth said of the backlog of must-pass bills slated to come to the floor. “I don’t think we can wait much longer than that.”

Some Democrats are already bracing for potentially nasty battles with Republicans. If GOP leaders can’t agree to support a bipartisan commission to investigate the Jan. 6 riot, for instance, Democrats say they worry about the fate of divisive policy issues such as the debt ceiling.

“If you are still saluting Donald Trump and touting this big lie, I don’t know what it says about what they’re going to be willing to do,” said Rep. Katherine Clarke (D-Mass.), her party’s No. 4 House leader. “When there is obstruction at that level, it really is up to the leadership of their party to decide which side they are on.”

Responding to that January attack on the Capitol is also a legislative to-do list item for members of both parties. House Democrats have advanced two bills on that front, an independent investigation into Jan. 6 and a security funding package to shore up the Capitol as well as protect members from rising threats.

So far, top Republicans have been resistant to both, though Democrats say they are hopeful Senate GOP leaders will at least attempt to secure changes to the proposals rather than block them altogether.

A further complication to the time crunch is Democrats’ tight margins in both the House and Senate, which require near-unanimous support in their party for lesser-known legislation. And winning that support will be an even tougher lift as the Democrats’ most vulnerable members turn their eye to the fast-approaching midterms.

“People understand that we’re going to have to figure it out pretty damn quick,” said Sen. Jon Tester (D-Mont.), a senior Appropriations Committee member. If Democrats can’t finish their to-do list by August, he added, “we got to work twice as hard to get it done before we get out of here late this fall. Because I think things are going to get a little crazy a year from now.”