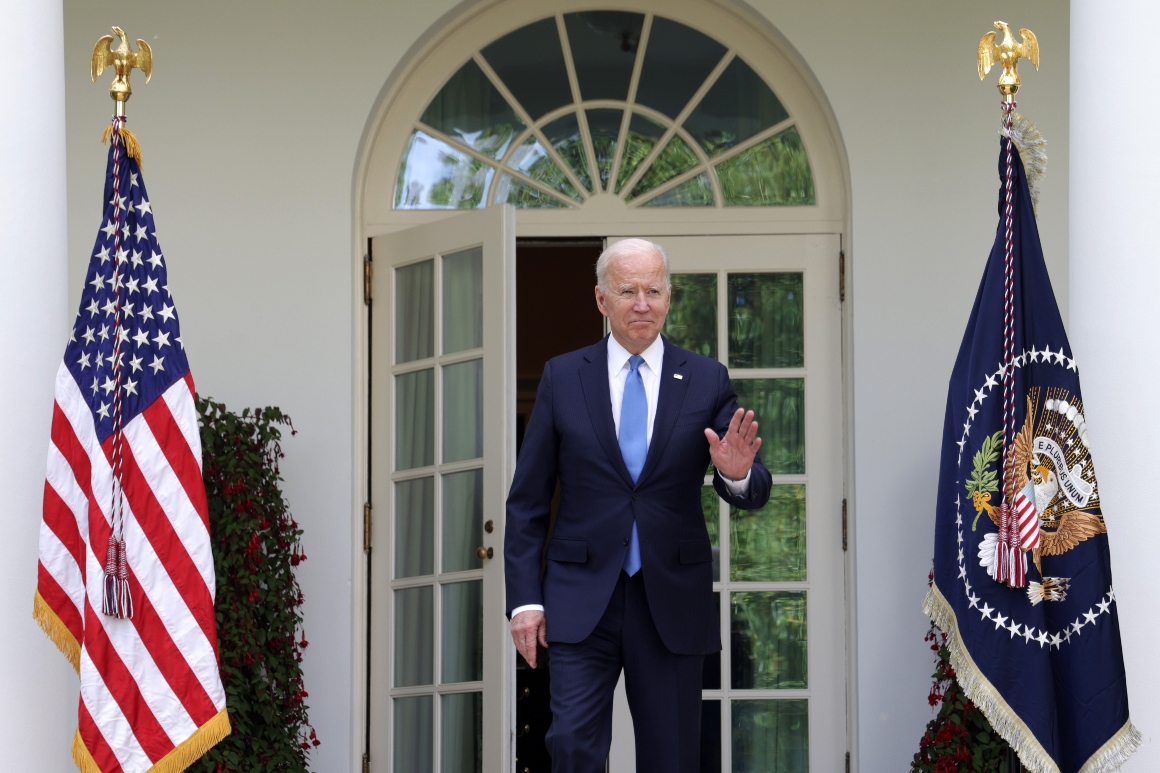 When the National Republican Senatorial Committee sought to attack four vulnerable Senate Democrats in a series of new ads this spring, President Joe Biden was nowhere to be found. Instead, the NRSC juxtaposed photographs of the senators — Raphael Warnock of Georgia, Mark Kelly of Arizona, Maggie Hassan of New Hampshire and Catherine Cortez Masto of Nevada — next to House Speaker Nancy Pelosi.

It’s a phenomenon that’s becoming increasingly pronounced as the outline of the 2022 midterm election comes into focus. Midterms are typically a referendum on the party in power, so the standard opposition-party playbook is to make every down-ballot race about the sitting president. But Biden’s elusiveness as a target is forcing Republicans to rethink the traditional strategy.

Interviews with more than 25 GOP strategists and party officials depict a president whose avuncular style and genial bearing make him a less-than-ideal foil. He doesn’t induce anger or rage, and at the moment, his White House is relatively drama-free.

In response, Republicans are preparing to break with time-honored custom and cast the president less as the central character in the midterm elections than as an accessory to the broader excesses of the left.

“Biden is not a good bad guy,” said Ed Rogers, the veteran Republican lobbyist and strategist. “Obama was a haughty professor … The Uncle Joe life story that he has — the tragedy, the losses, the obvious empathy the man has, I think that’s all legit. So, it’s hard to demonize him.” 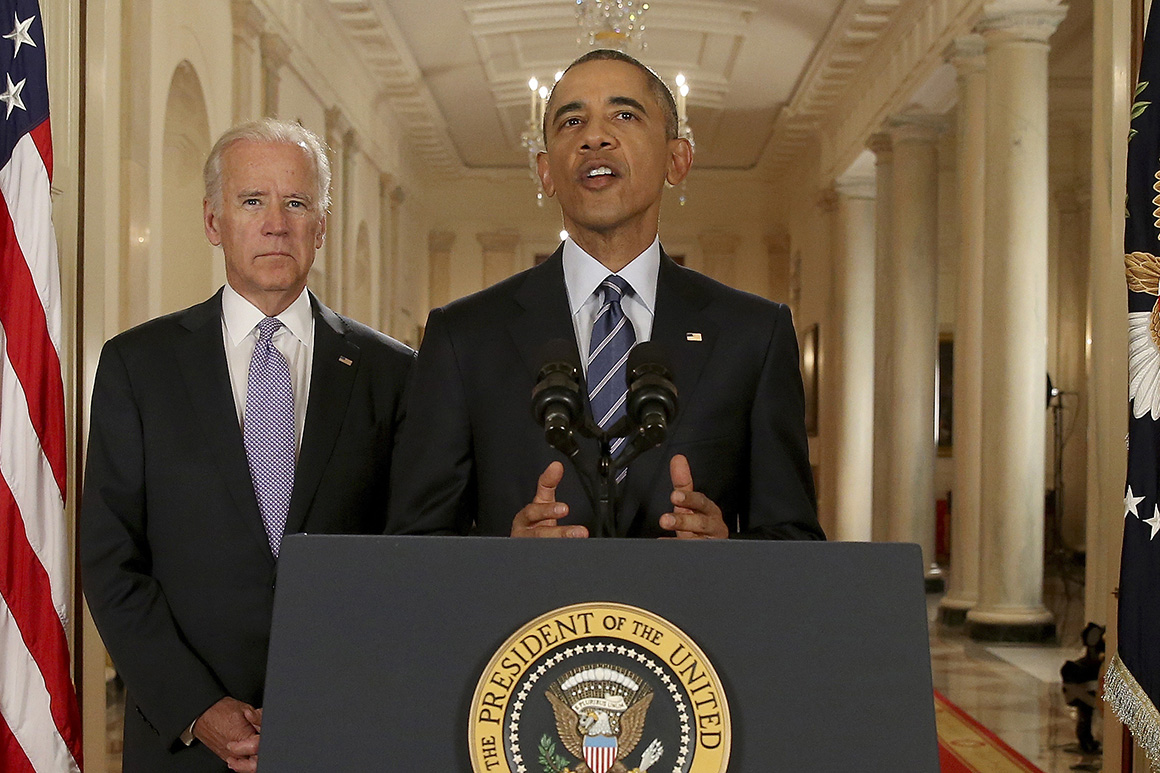 The traditional formula worked spectacularly for Republicans in 2010, when the GOP tethered Democratic candidates across the country to then-President Barack Obama’s stimulus spending, health care plan and “arrogant” governance. And it worked for Democrats eight years later, when they retook the House by turning the midterms into a repudiation of President Donald Trump.

Now, however, Republicans are gearing up to run against everything from “defund the police” to socialism and cancel culture. They’ll hit Biden on gun control, spending and immigration. And if the economy stalls, they’ll whack him for that, too. But the emphasis will be less on Biden personally than it was on either Obama or Trump, the Republican strategists and party officials say.

That approach, currently under discussion with Republicans at every level and already visible in the GOP’s early advertising, will shape the entire arc of the midterm campaign. It’s risky. Though Republicans appear to be verging on taking back the House, that expectation is grounded in historical trends based on the opposition party’s ability to bludgeon the president in his first term.

But the GOP may have little choice.

“Because [Biden] is so boring, he’s not as scandalous,” said John Thomas, a Republican strategist who works on House campaigns across the country.

Though Biden “certainly is relevant” as the head of the party in power, Thomas said, “there are bigger bogeymen … We don’t need him as our No. 1 foil.”

Biden’s public approval rating is hardly off the charts, hovering in the low 50s. But it’s also unusually sticky, holding steady since the opening of his term. In addition, the lesson of last year’s election is still fresh in Republicans’ minds. From the Democratic primaries through the general election, they saw firsthand how difficult it was to drag Biden down, with their efforts to depict him as mentally unfit or corrupt largely falling flat. Even Trump seemed stung by Biden’s imperviousness, mocking his successor as “Saintly Joe Biden.”

“Biden gives a fireside chat, and the fire goes out,” said former Rep. Tom Davis, a Virginia Republican who served as National Republican Congressional Committee chair. “I mean, he does not evoke the strong emotion that Trump did.” 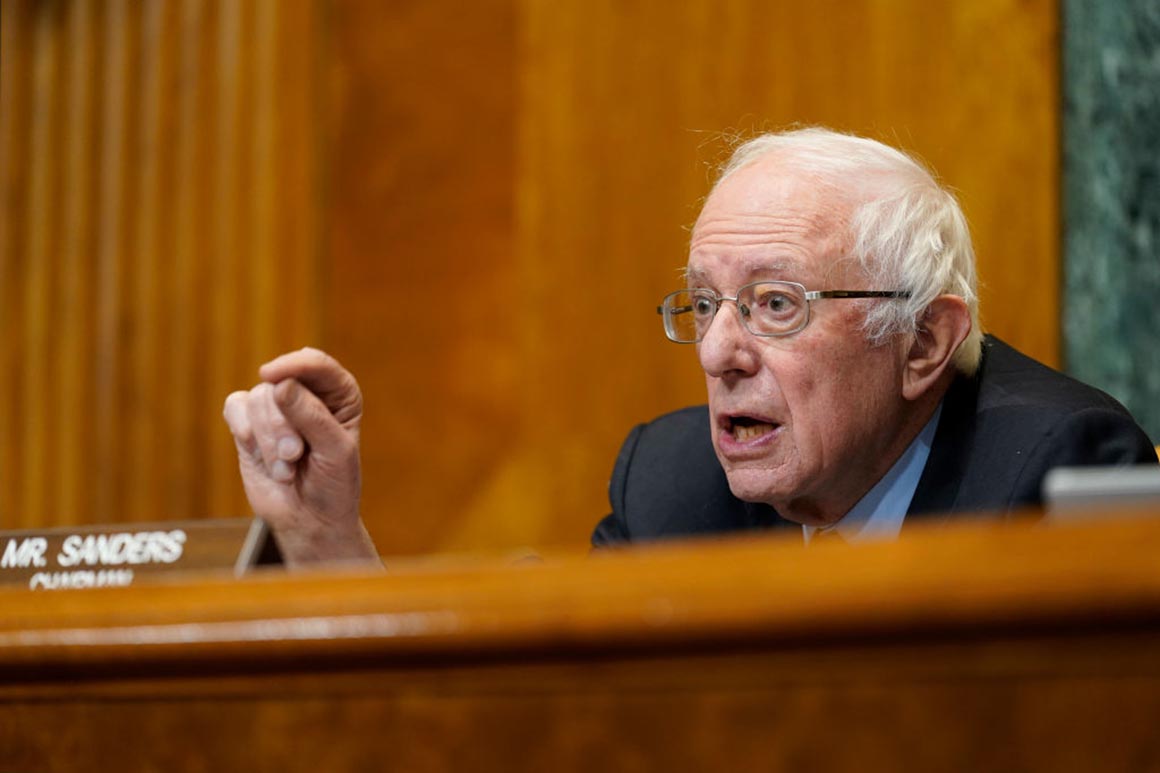 As a result, Republicans aren’t highlighting Biden, but lumping him in with more polarizing figures like Pelosi, Sen. Bernie Sanders (I-Vt.) and progressive Rep. Alexandria Ocasio-Cortez (D-N.Y.). That is likely to remain true even when Republicans’ criticisms are based on policies that are explicitly his.

Earlier this year, shortly after Biden announced his $2 trillion-plus infrastructure plan, Rep. Tom Emmer, the Minnesota Republican who chairs the National Republican Congressional Committee, said he wasn’t “even going to blame Joe Biden, because he doesn’t know,” instead portraying the president as an enabler of the “socialist agenda.”

“I don’t think he’s putting all this together,” Emmer said. “I think he’s just the guy who goes out and reads it off a script. This is coming from the far left.”

One veteran Republican strategist involved in down-ticket campaigns said the GOP will run in 2022 against “the Democratic Party as a whole.”

“It’s less about vilifying one person,” the strategist said.

That minimization of Biden would mark a significant break from tradition. A president’s approval rating has been closely related in recent elections to how well his party does in the midterms. In the last midterm election, Democrats tied Republicans running for everything from U.S. Senate to school board races to Trump, seizing on his unpopularity to reorder the balance of power in Washington. 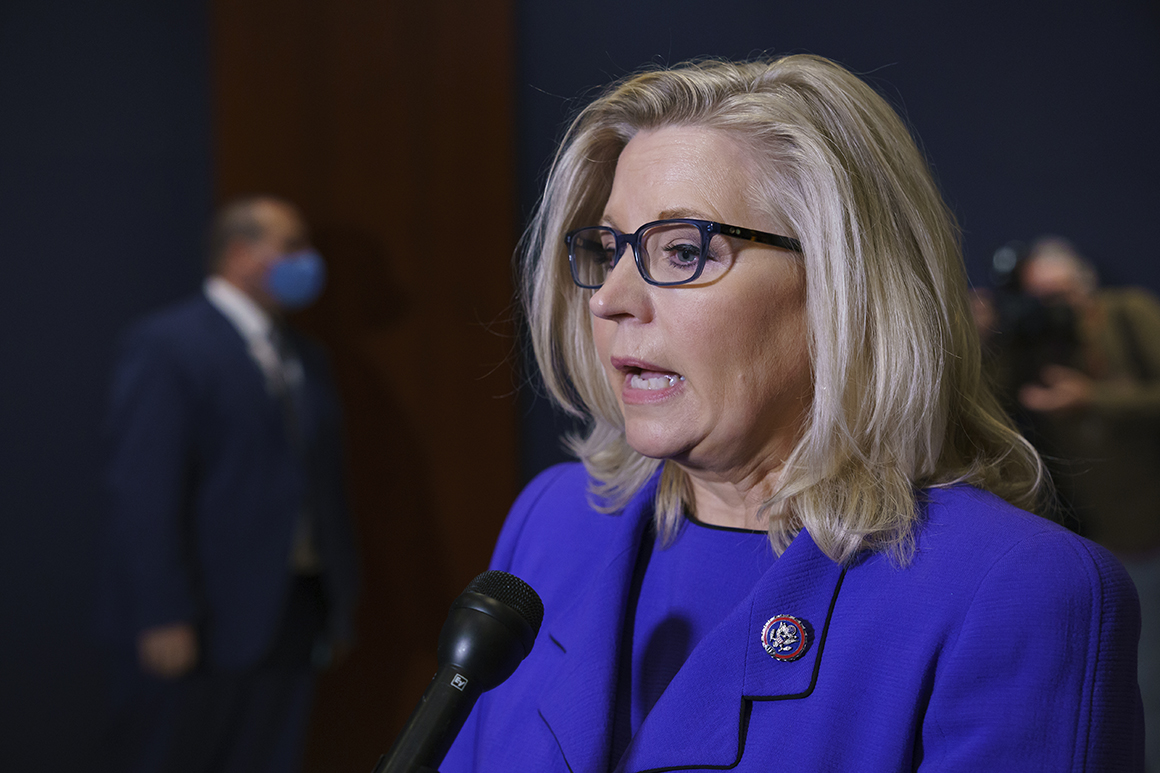 In part, the lack of focus on Biden reflects a degree of disorganization among Republicans, who are still preoccupied with their own intra-party skirmishes following the November election — most recently, the ouster of Rep. Liz Cheney of Wyoming from House leadership.

“The main problem is it’s Biden and the Democrats versus two Republican parties,” said Republican ad maker Fred Davis, with the GOP still mired in hostilities between Trump loyalists and its traditionalist wing.

Another prominent Republican strategist acknowledged, “We are having a hard time focusing on Biden.”

“Between the clown town in Mar-a-Lago” and the controversies surrounding Cheney and Rep. Marjorie Taylor Greene (R-Ga.), the strategist said, “we look like the gang that couldn’t shoot straight.”

The lack of engagement with the president is already evident in early ads — where messages that will define the 2022 campaign are already being formulated. In Virginia, Glenn Youngkin, the Republican nominee for governor, ran a primary ad highlighting the Democratic Party’s “really out-there socialist ideas,” from “defund the police” to “paroling cop-killers” and “canceling Dr. Seuss,” but without mentioning Biden.

The National Republican Congressional Committee is hitting Democrats on “defund the police,” too. In a series of ads targeting Democratic House members from five states last month, it invoked Pelosi and two other controversial House Democrats — Maxine Waters of California and Rashida Tlaib of Michigan — tying the targeted candidates to congressional Democrats it says “have lost their minds.”

Even if Biden has “a nice get-along, let’s-have-a-beer kind of tone,” Steel said, “Joe can’t control himself or the crazies” in his party.

For Democrats, the inability of Republicans to tear down Biden is a rare bright spot in an otherwise rough midterm landscape. The party out of power traditionally performs well in a president’s first midterm election, and Republicans are favored by many observers to retake the House.

It’s possible that by 2022, Biden’s image will have eroded enough for Republicans to use him in the campaign. And Biden’s presence in the White House alone will be a factor in some House and Senate races, as Republicans appeal to voters to break up Democratic control of Washington by voting for Republicans down ballot.

Still, even attacks on Biden will be centered more on policy than personality — a departure from the Obama and Trump eras. Andrew Hitt, the Republican Party chair in Wisconsin, said the influx of immigrants at the U.S.-Mexico border — and the Biden administration’s difficulty processing them — “has not come home to most Americans yet.” Between that and Biden’s massive spending proposals, he said, “I think those things are going to come back to his detriment.”

Brett Doster, a Florida-based Republican strategist who served as the state’s executive director for the Bush-Cheney 2004 presidential reelection campaign, said that Biden is “still in the honeymoon” period of his presidency but the cumulative toll of a border crisis, taxes, worker shortages and any number of “left-wing policies” could provide an opening to clobber him.

“Under the Bill Clinton mantra that ‘It’s the economy, stupid,’” Doster said, “If the economy does nosedive by the end of the year, we won’t have to look for an issue.”