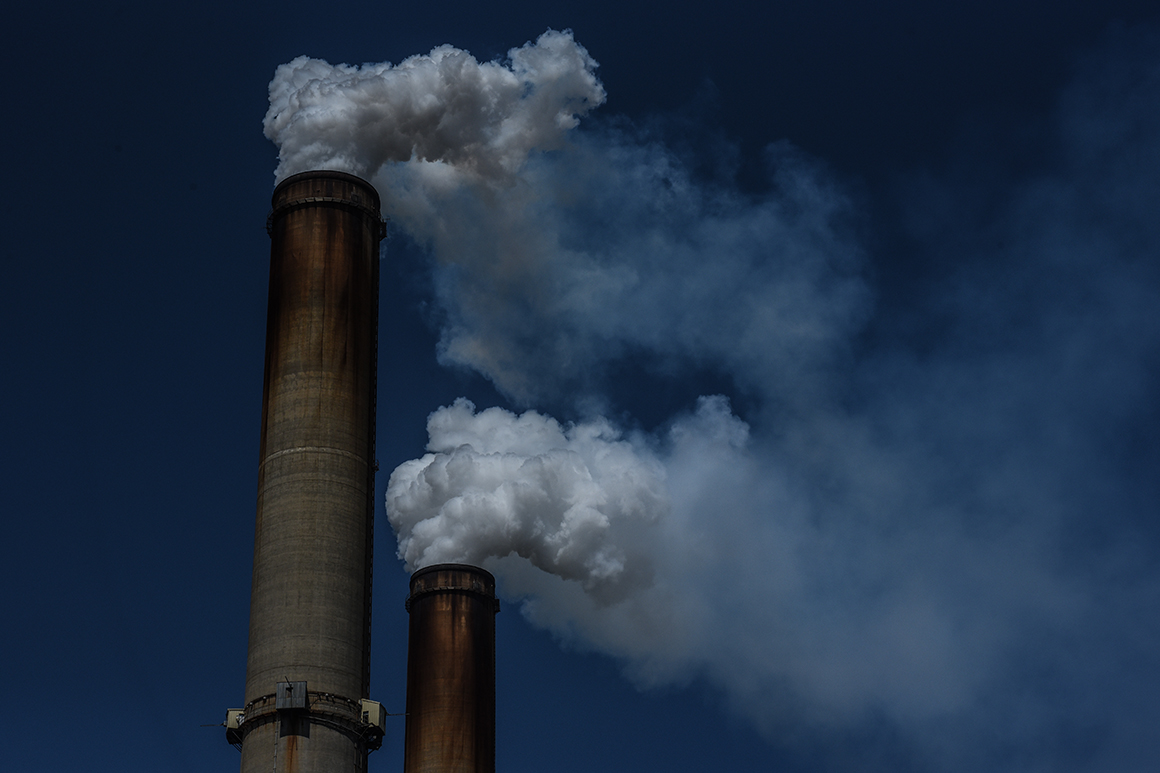 Many prominent environmental groups have hailed Biden’s proposed clean electricity standard, the centerpiece of his plan to eliminate all planet-warming emissions from the power sector by 2035, as the most aggressive initiative to shut down dirty power plants in American history. But a rift that has opened inside the climate movement could make its uphill climb in Congress even steeper, as an insistent coalition of harder-edged grass-roots groups has begun blasting the CES as a lackluster half-measure that would sell out disadvantaged communities and waste a unique opportunity to attack the climate crisis.

More than 600 groups sent a letter to Congress on Wednesday warning that a CES would promote “false climate solutions” such as natural gas, nuclear and biomass power plants, as well as efforts to keep polluting plants open by capturing their carbon. The dissenters instead called for a stricter renewable electricity standard limited to wind, solar and geothermal power, not only to accelerate the deadline for a zero-emissions grid from 2035 to 2030, but to “avoid perpetuating the deep racial, social, and ecological injustices of our current fossil-fueled energy system.”

“This isn’t some fringe protest. It’s a real coalition, and it’s a real fight,” said Tamra Gilbertson, director of climate policy for the Indigenous Environmental Network. “We’re not just going to hope for the best with Biden, and we’re not going to be sidelined or silenced.”

It’s not unusual for progressive groups to form circular firing squads over obscure technical disputes, and there are always ideological tensions between eco-purists and eco-pragmatists. But this spat is erupting at a particularly inopportune time for climate action. The clean electricity standard was already one of the most controversial planks of Biden’s $2.5 trillion infrastructure plan, and supporters worry that in a narrowly divided Congress, divisions within the green movement could imperil the entire plan — or at least its climate-related provisions.

The dissenting groups — including Friends of the Earth, the Center for Biological Diversity, 350.org, the NAACP and Food and Water Watch — say that no plan would be better than a flawed plan that values political viability over scientific necessity and could help prop up natural gas. The behind-the-scenes dialogue has gotten testy, with one critic accusing CES supporters of protecting a culture of white supremacy and “energy violence.”

Supporters have countered that it’s political lunacy to fight a dramatic presidential effort to mandate clean power in the hopes that Congress will require a utopian renewables-only scheme for the grid. Even the youth-oriented Sunrise Movement, which rose to prominence in recent years by attacking Democrats for insufficient radicalism, has sided with Biden and the mainstream enviros.

“I had hoped we could avoid this endless fight, but I guess some folks feel like a point needs to be made,” said Data for Progress political director Julian Brave NoiseCat, a progressive Native American who supports the clean electricity standard. “There’s just no reason to take positions that aren’t politically defensible in Congress, and probably aren’t even technically defensible.”

Congressional Democrats have not yet converted Biden’s American Jobs Plan into legislative language, so the current battle is largely being waged over a hypothetical clean electricity standard. But the critics have taken aim at two earlier Democratic CES bills with expansive definitions of “clean” — one from Sen. Tina Smith (D-Minn.) and one from House Energy and Commerce Committee Chair Frank Pallone (D-N.J.). Both bills included complicated formulas as well as specific carve-outs that would have rewarded utilities for using nuclear power, burning wood pellets and other biomass for electricity and capturing carbon pollution at their smokestacks. Pallone’s formula would have also provided financial incentives for natural gas, which burns cleaner than coal but is still a carbon-emitting fossil fuel.

Lukas Ross, a program manager at Friends of the Earth, is worried that Biden’s CES will be a similarly complex technical scheme designed to avoid excessively radical assaults on the current system, an approach he critiqued as “Obamacare for electricity.” He said environmental justice requires a much stronger stand against polluting gas plants, fracking operations, nuclear waste and other nuisances often located near low-income and communities of color.

“Locking in another generation of climate injustice is not better than nothing,” Ross said. “Activists across the country will rise up against any bill that further entrenches fracked gas and other false solutions, even if it’s attached to a larger infrastructure package.”

Most mainstream climate leaders rejoiced when Biden endorsed a clean electricity standard last summer, because they see it as by far the best way to drive fossil fuels out of the grid, and they’re incredibly frustrated to see it trashed as a kind of backdoor protection for fossil fuels. Biden’s goal of reducing power-sector emissions 80 percent by 2030 would probably require retiring just about the entire coal fleet and about half the gas fleet — and there’s real skepticism among scientists that the dissenters’ goal of zero emissions by 2030 is even possible. Greening the power sector is also vital to Biden’s larger goal of cutting all U.S. greenhouse gases in half by the end of the decade, partly because it’s the only sector that’s already making real progress in reducing emissions, thanks to the rapid replacement of coal with cheaper solar, wind and gas, and partly because progress in other sectors will depend on electrifying vehicles and buildings.

The American Jobs Plan includes a host of tax credits and other financial carrots to promote wind, solar, batteries that can store renewable power when it isn’t windy or sunny, and transmission lines to bring it to consumers. But the leaders of Evergreen Action, a group founded by former aides to Washington Governor Jay Inslee that has helped lead the fight for a CES, argue that its mandatory stick will also be necessary to force utilities to transform their energy mixes — and that unlike a draconian renewables-only rule, it has a genuine chance of becoming law, greening the grid and replacing polluting plants.

“It’s the most powerful policy tool we can actually pass to confront gas and drive huge reductions in pollution — in overburdened communities and everywhere else,” said Sam Ricketts, co-founder of Evergreen Action.

It’s telling that even the young revolutionaries of the Sunrise Movement, which rose to prominence with a sit-in in House Speaker Nancy Pelosi’s office and gave Biden’s climate plan an F-minus grade during the Democratic primary, have sided with mainstream environmentalists in the battle over the CES. Lauren Maunus, the Sunrise advocacy director, said the group agrees with the critics that the goal should be a 100 percent renewable grid by 2030, and that the government rules should not promote nuclear, biomass or carbon capture. But she said the urgency of the climate crisis demands congressional action, even if the final version isn’t perfect.

“We have a governing moment that climate advocates really need to deliver on,” she said. “We’re pushing for the most ambitious standard possible, but we obviously understand the political constraints. We’re trying to figure out legislative pathways to advance as much of our goals as we can.”

The main political constraints are the 50-50 Senate and the razor-thin Democratic majority in the House, which means coal-friendly Sen. Joe Manchin (D-W.V.) or a few petroleum-friendly House Democrats from Texas could decide to scuttle the CES — or for that matter the entire infrastructure bill. There’s also broad political support for nuclear power and carbon capture, which are both consistent with a zero-emissions grid despite other environmental concerns. And while many scientists believe believe burning wood for electricity can be even worse for the climate than burning coal, biomass power has bipartisan support in Congress as well.

That’s why even the Green New Deal, widely viewed as radical and pointedly opposed by Biden, does not include any legislative language disapproving of those electricity sources. The idea was to avoid unnecessary fights that could divide the climate left. But the CES critics say they want to fight, and in fact emphasized that mainstream groups are trying to convey a false impression of unity. Jean Su, the Center for Biological Diversity’s energy justice director, said the CES could meet the same fate as the 2009 Democratic cap-and-trade bill that failed after opposition from Republicans as well as progressive climate activists — and Su would be fine with that.

“You could absolutely see this cave in from both sides,” Su said. “Fine. There’s this gross fallacy that we need to compromise on justice to get clean energy, and it’s not true. We don’t need a bill that perpetuates the status quo right now. We can come back and get something better.”

The Democrats may not keep their majorities after the 2022 midterms, and they certainly won’t have as good an excuse to spend trillions of dollars on climate action after the pandemic ends, so CES supporters are generally gobsmacked by the notion that the politics for climate action could improve with time. “Do these people think the U.S. Senate is about to get super-woke?” one mainstream environmentalist asked. “That is completely insane,” another grumbled. One dissenter suggested the criticism from the left could perversely make Manchin and other centrists more comfortable with the CES, but historically, Congress has been much more likely to ignore requests from the environmental community when it isn’t a unified community.

This rift is emerging at a time when progressives of all stripes are fretting that Biden’s efforts to work with Republicans on a bipartisan infrastructure bill could lead to an endless stalemate, or a stripped-down roads-and-bridges bill that leaves out Biden’s climate investments. It’s hard for environmentalists to mount an effective campaign for climate action when they’re squabbling behind the scenes about Evergreen’s refusal to retweet a report critical of the Pallone CES bill.

Biden has already charted a much bolder course on climate than greens would have predicted back when Sunrise was giving him an F-minus. He rejoined the Paris agreement and signed an executive order committing his administration to a “whole of government approach” to cutting emissions. He hosted a global climate summit, where he announced bold national greenhouse gas targets. He’s hired an all-star team of climate wonks and advocates, including the former political director for Evergreen and two top officials with Energy Innovation, the other policy shop most intimately associated with developing and promoting the clean electricity standard.

The eco-purists say that’s no reason to trust the president; that’s a reason to keep pressuring the president, because it’s working. The Sunrise Movement is convinced its F-minus helped shame Biden into better climate policies and even though it’s now working inside the tent and occasionally moderating some of its rhetoric, Maunus still believes the noise outside the tent can help drive change. “There are different roles for everyone to play, different theories of change, different willingness to work with the existing power structures,” she said. “Ultimately, it’s got to lead to action, because the stakes are very high.”