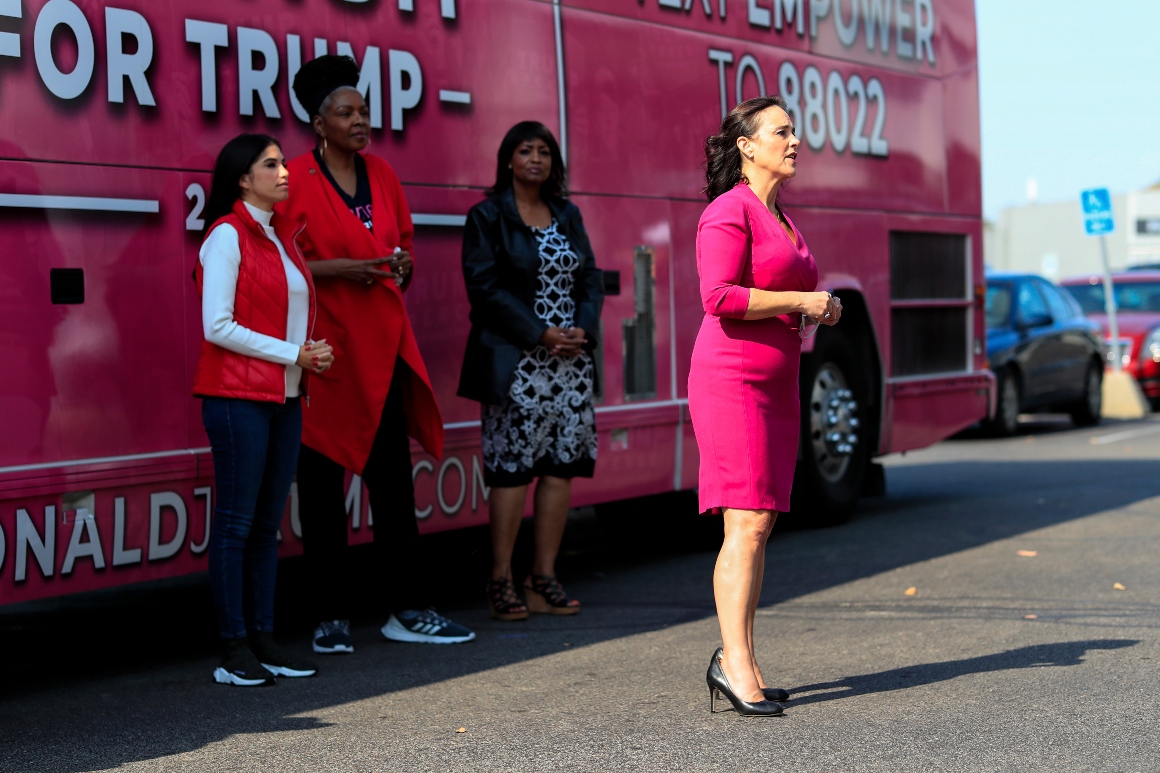 During Jane Timken’s tenure as Ohio’s GOP chair, Donald Trump won the one-time bellwether state by a whopping 8 percentage points. She put 150,000 miles on her car driving to the state’s 88 counties as a surrogate for the president. And she raised a total of $5 million for his two campaigns.

But that sterling record of MAGA support might not be enough to guarantee the former president’s support in her bid for the GOP Senate nomination. Timken’s sin? In her capacity as state party chair, she failed to immediately condemn home-state Republican congressman, Anthony Gonzalez, for voting to impeach Trump in response to the U.S. Capitol riot on Jan. 6.

At the time, Timken said the congressman had a “rational reason why he voted that way. I think he’s an effective legislator, and he’s a very good person.”

That statement is proving costly. In a Republican Party where a candidate’s viability is measured in degrees of fealty to the former president, the crowded field of primary opponents is insisting Timken has failed a key test.

Days after entering the Senate race in February, Timken changed gears and called on Gonzalez to resign. But despite that — and despite calling both Trump impeachments a “sham” — Timken’s foes and two dozen conservative activists penned an open letter this weekend to the state Republican Party that called on primary voters to reject her candidacy.

“Timken is everything that President Trump stood against: politicians who say one thing and do another,” read the letter, a hard copy of which was also sent to Trump and the National Republican Senatorial Committee. “Timken defended Anthony Gonzalez’s vote to impeach President Trump, then called for his resignation the moment it became politically toxic for her to stand with Gonzalez.”

The letter, signed by many supporters of Josh Mandel — who ran unsuccessfully against Democratic Sen. Sherrod Brown in 2012 and made a brief Senate run in 2018 — was drafted as Timken’s campaign began door-knocking, advertising and racking up endorsements from the state GOP’s 66-member central committee. She currently has support from 38 of them, six shy of the total needed to force a committee vote to issue a formal state party endorsement.

The focus on Gonzalez has ramped up as Timken critics have grown increasingly concerned that Trump might wade into the race and endorse her — which would make her virtually unbeatable in the primary. While the letter was designed to remind MAGA supporters of Timken’s initial position on Gonzalez, it was also meant to highlight her heresy to a primary of one — Trump.

Trump’s outsize role was underscored two months ago when he hosted what was referred to as a “Hunger Games” exercise, forcing Timken, Mandel, technology company executive Bernie Moreno and investment banker Mike Gibbons to sit at the same table and make their case for the Senate nomination in his presence at his Mar-a-Lago resort. The Senate contenders were there for a fundraiser for Gonzalez’s congressional opponent — a cause Trump has championed.

At the meeting, Trump reminded Timken — who served one term as his handpicked state party chair — that she didn’t initially condemn Gonzalez for his impeachment vote.

“On the merits, he should’ve endorsed her already. She was nothing but completely loyal and supportive of him, and she was doing her job as party chair. But that’s not good enough. It’s not about doing your job. It’s about being loyal to him 100 percent all the time,” said Doug Preisse, a veteran Republican strategist in the state.

“This is different from what Ronald Reagan said, which is that someone who is with you 80 percent of the time is not your enemy, they’re your friend,” he said.

Jason Miller, a Trump spokesperson, said the former president has no plans right now to endorse in Ohio.

“It’s still too early,” Miller said. “There might be that goal of appealing to the primary of one. But that person sees multiple candidates with strong pathways to victory.”

One Republican who is neutral in the Senate race and has discussed it with Trump said the letter “would seem effective in slowing down an endorsement” from Trump. The Republican said that the letter-writers are not just doing Mandel a favor, but “are also doing the whole field a favor.”

Timken’s campaign has fired back at Mandel for doing too little to help Trump after essentially disappearing from public life once Mandel dropped out of the 2018 Senate race. A Mandel spokesperson said he had fundraised for Trump and advocated for him among Jewish and military voters — and that Timken’s “disloyalty and squishiness have consequences.”

Others in the field are also contending with their own Trump loyalty issues. Moreno called Trump a “maniac” in 2016 and refused to say in a 2019 TV interview whether he supported Trump. Yet another candidate, best-selling author J.D. Vance, trashed Trump in 2016 but drifted back into the Trump fold.

“While Jane fought tirelessly for the Trump agenda,” said a Timken spokesperson, “other candidates are now trying to overcompensate because they either didn’t vote for President Trump, publicly trashed President Trump and belittled his supporters, or were totally MIA with their head in the sand now trying to play pretend.”

Beth Hansen, a veteran Republican strategist in Ohio, thinks the hit will be survivable for Timken, but acknowledged its resonance.

“She has done so much for Donald Trump that most people will be able to get beyond this,” Hansen said. “It will influence some people, but not enough to make up for the margin of victory.”

One of the Mandel backers who signed the open letter to the state party and Trump, Thea Shoemake, pointed out that the letter lays out myriad reasons to oppose Timken. Still, the Gonzalez episode might be enough on its own.

“She said there was a ‘rational reason’ to vote for impeachment but there wasn’t,” Shoemake said. “That impeachment was a shame. You can’t draw a line from it to the U.S. Constitution.”

Ohio Republicans “want someone consistent and who does not put their finger in the air to see which way the wind is blowing.”