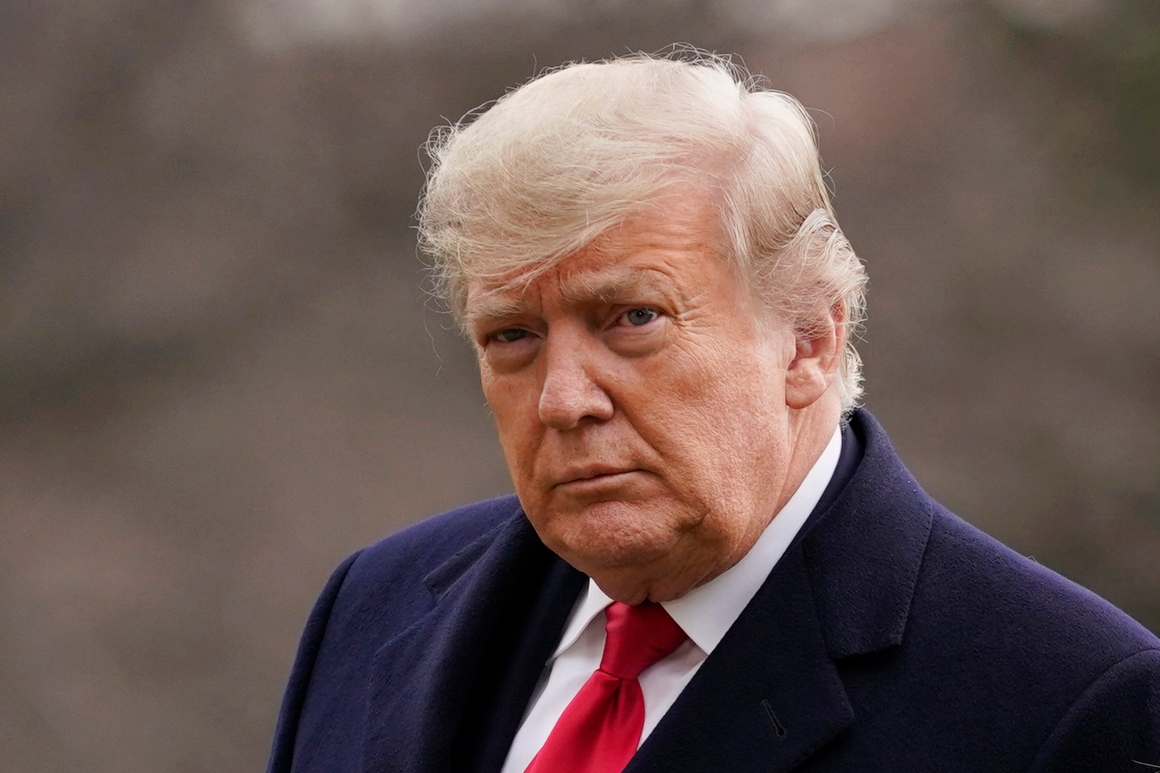 Many of former President Donald Trump’s political appointees got a nasty surprise when they left the government: A big tax bill.

They’ve been ordered to immediately repay months of payroll taxes that had been deferred under a bid by Trump to boost the economy ahead of last year’s elections — levies he had assured them would later be forgiven.

“If the indebtedness is not paid in full within 30 calendar days, we intend to forward this debt to the Department of Treasury, Treasury offset program, for further collection,” reads one letter to a former White House official, demanding she pay $1,500.

That has left some shocked and angry.

One former official called her $1,300 bill “unacceptable,” saying she and her colleagues “gave our time and effort to this agency and this is how we’re getting paid back.”

In August, he issued an executive order allowing employers to put off paying their workers’ share of the 12.4 percent Social Security tax for the rest of the year. The idea was to boost consumer spending by putting more money in the pockets of millions.

But the initiative was widely rejected by private sector employers, in part because they feared workers would be unprepared to pay the money back.

It was mandatory, though, for federal employees making less than $4,000 per biweekly paycheck, and the government began implementing it in September.

Trump said many times he expected Congress to eventually forgive the debts. Lawmakers didn’t do that, though they did agree to give people more time to pay the money back. While the IRS had initially wanted the money paid back this year between January and the end of April — matching the four-month length of the deferral — Congress agreed to give people this entire year to repay it.

For current federal employees, the taxes are now being incrementally withheld from their paychecks.

Often overlooked, though, were people who left the government because they quit or retired — but, perhaps more likely, because they were political appointees who had to leave with Trump’s defeat.

Some of those former appointees say they don’t blame Trump, even if his initiative is now coming back to haunt them.

“I thought it was a good plan — I don’t think it got the traction it deserved,” said one former appointee. “I just wish I had the option to opt-out.”

Some point a finger at President Joe Biden.

“I just think it’s really hypocritical that the Biden administration, which is spending trillions to send people checks in the mail, are demanding that former government employees who went into the office every day are now being forced to give back hard-earned money for a program that I did not opt into in the first place,” another person said.

The former officials spoke on condition of anonymity because they said they didn’t want to be seen as publicly criticizing the deferral initiative.

A White House spokesperson noted Biden did not support the payroll tax plan.

“President Biden campaigned vigorously last year against the former Administration’s payroll tax plan because it would’ve jeopardized the retirement benefits of hard-working Americans, and the country agreed — sending him to the White House,” said Mike Gwin.

“Now in office, the President has been focused on getting economic relief to the Americans who actually need it the most, and on successfully getting our economy back on track.”

While agencies are demanding former employees immediately repay the debts, they’re supposed to give them the option of paying the money back in installments without penalties or interest — similar to what would have happened if they had remained in the government.

Some who’ve left have also had the taxes owed withheld from their final paychecks.

But one former appointee, who said he made a little more than $50,000 working for Trump, said he figured the installment plan was more trouble than it was worth, even if it pinched when he paid his $1,200 bill.

“I ended up just putting it on a credit card.”