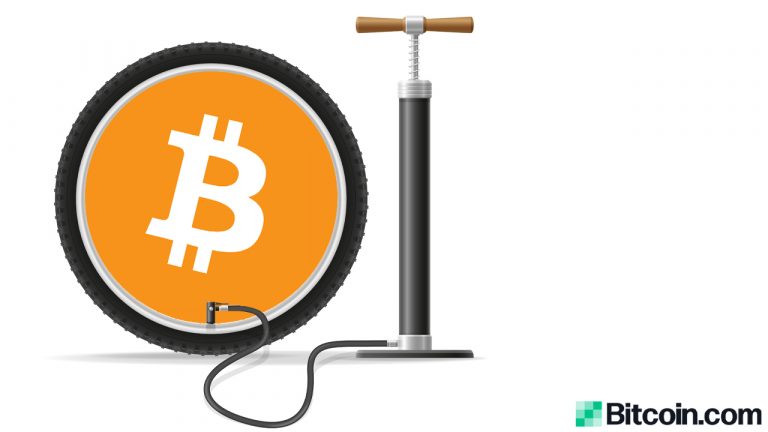 After some issues with the Xinjiang grid in China three weeks ago, the overall SHA256 hashrate used by the Bitcoin (BTC) network dropped considerably. This in turn caused the BTC network’s mining difficulty to drop 12.6% when the hashrate lowered.

Essentially, BTC’s mining difficulty is the measurement of how difficult it is to find a hash below a given target. The more hashpower there is, then the more the difficulty increases, and when the hashrate lowers, the difficulty drops as well. The difficulty system Satoshi Nakamoto crafted is meant to keep equilibrium within the mining system and fairly consistent 10-minute block intervals.

On Wednesday, BTC’s mining difficulty jumped to 25.05 trillion and this metric is the highest the difficulty has ever been. This means it is harder than ever before to find a Bitcoin block and reap the coinbase rewards and fees.

BTC’s hashrate has been chugging along much higher since the issues in China and on May 9, 2021, it tapped 214 exahash per second (EH/s). However, since the difficulty increased and the price dropped from Tesla’s announcement, hashrate has also dropped.

At the time of writing, the Bitcoin network hashrate is around 170 to 180 exahash per second according to daily onchain statistics. Further, in 13 days if the hashrate was to remain at current levels, another increase could happen. BTC’s network difficulty could jump to 30.30 trillion in less than two weeks’ time.

Still, at current BTC prices and with the 25.05 trillion difficulty jump, most ASIC mining rigs are still profitable at $0.12 per kilowatt-hour (kWh). A 100 terahash ASIC mining rig still can get between $30 to $40 per day, with current difficulty metrics and $0.12 per kWh.

On May 13, 2021, there are approximately 18 mining pools dedicating hashrate to the BTC chain. Interestingly, for months on end, F2pool was the top mining operation with the most hashrate, but Antpool has recently taken the lead.

Poolin follows Antpool at the time of writing and F2pool is now the third-largest mining pool on Thursday afternoon. Bitcoin proponents and investors will be watching the hashrate and mining difficulty very closely, as many believe that the hashrate follows BTC’s price and vice versa.