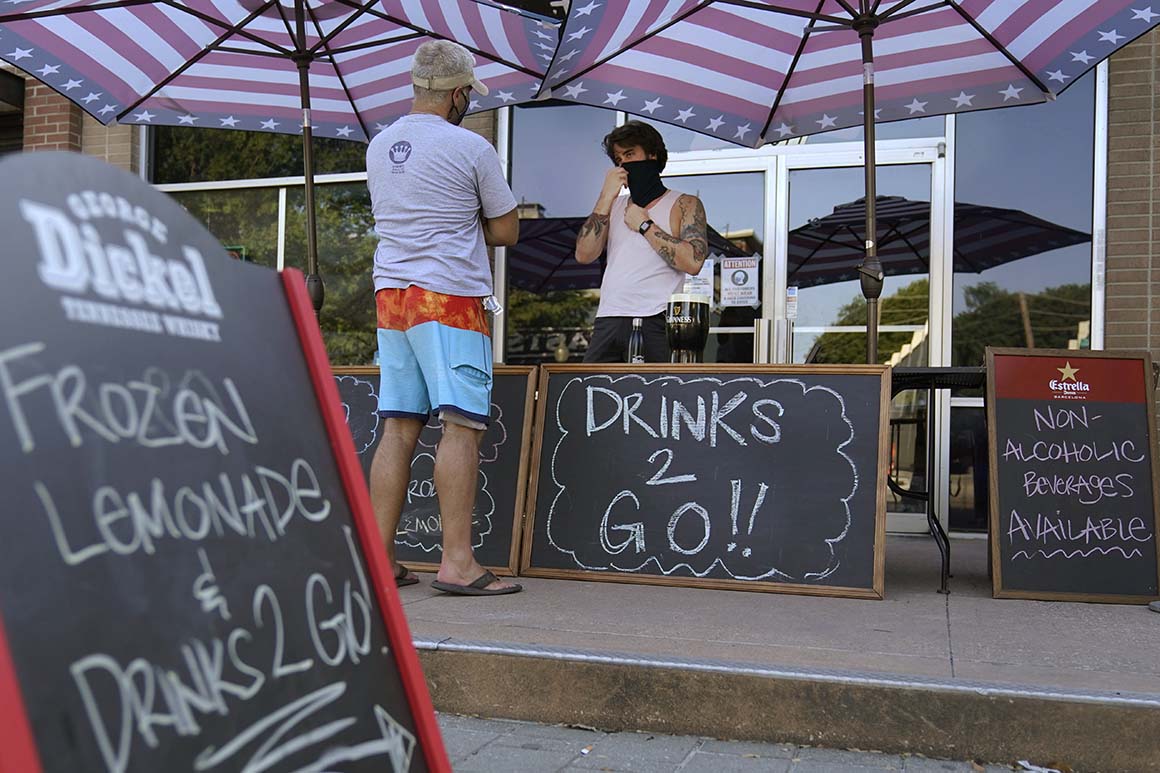 From margaritas-to-go to marijuana deliveries to virtual doctor visits, the pandemic prompted states to ease rules to make life at home more bearable. But the looming end of emergency orders has teed up a lobbying frenzy in state capitals to make these Covid-era conveniences permanent fixtures in American life.

The rapid decline in new coronavirus cases as more Americans get vaccinated is spurring governors to consider winding down emergency declarations that made these perks possible. The adjournment of most state legislatures in the coming weeks is also fueling a sense of urgency to codify pandemic rules before lawmakers skip town for the year.

“It is becoming a race against the clock,” said Mike Whatley, vice president for state and local affairs for the National Restaurant Association, which is supporting 17 bills that allow restaurants to serve alcohol-to-go across five states. “What happened in the last 15 months would have taken years.”

Industry representatives and lobbyists for restaurants, telehealth providers and medical marijuana agree this year has been one of the busiest and most successful legislative sessions they’ve ever seen. The American Telehealth Association is tracking roughly 600 bills, six times its usual workload, with many of those permanently extending measures that helped the once-niche industry explode into a major player.

Industries pressing their case before state lawmakers are banking on polls finding widespread support for these new conveniences. But there are also concerns that lawmakers are moving too quickly with little regard for the long-term repercussions.

“I would tell legislators to be cautious,” said Lora Pellegrini, president of the Massachusetts Association of Health Plans. “Once things are in statute they are difficult to unwind.”

Governors in Alabama, Massachusetts and New Jersey announced they will end their emergency orders in the coming weeks, following Alaska, North Dakota and Oklahoma, which have already done so. Courts in Michigan and Wisconsin said their governors lacked the authority to extend their orders.

And while other governors haven’t put a firm date on an end to their orders, there is broad recognition that with Covid-19 caseloads declining dramatically in every state, plenty of vaccines available and unemployment falling, there is little need to remain in a state of emergency.

“The industry realized the opportunity to serve cocktails-to-go happened under extraordinary circumstances,” Whatley said. “If it goes away, it may take years before it comes back in those states.”

Before the pandemic, no state allowed cocktails-to-go, but once in-person dining was shut down nearly three-quarters of states waived those rules for establishments with permits to sell wine and spirits on site. Hard liquor has the highest margin of any item in most restaurants, and the move boosted off-premise sales more than 5 percent, Whatley said.

Restaurant owners say they still need that lifeline even with their dining rooms now open. Polls from different states show patrons, particularly millennials, overwhelmingly approve, putting pressure on lawmakers to act. However, there has been pressure to more narrowly tailor the legislation to protect liquor stores from competition, and some have criticized these measures as a risk to public safety.

Nebraska Republican Gov. Pete Ricketts on Wednesday signed legislation allowing alcohol to go, making his state the 14th to do so. Legislation is before the governor of Missouri and there are similar efforts in nearly every other state. Virginia Democratic Gov. Ralph Northam and Connecticut Democrat Ned Lamont have signed legislation, supported by their state restaurant associations, that make it easier to serve outside.

Massachusetts Republican Gov. Charlie Baker on Tuesday proposed legislation that would extend special permits for outdoor dining through the end of November.

Baker plans to end his state of emergency on June 15 and that looming deadline has set off a flurry of activity. The Massachusetts Medical Society, a trade group representing physicians, is pushing to extend a Covid-era rule that required doctors be paid the same for telehealth and in-person visits by Medicaid and private insurers. Those parity rules were extended permanently for mental health and through the end of 2022 for primary care doctors and patients with certain chronic conditions. But for most other doctors, the equal pay ends in mid-September, 90 days after the emergency order expires on June 15. Insurers could then negotiate lower rates for telehealth services, which they say are justified because doctors have less overhead when they aren’t using an office.

“Ninety days is not enough to restaff your office, particularly in a state where it’s extremely hard to hire medical assistants,” said Barbara Spivak, a primary care physician and vice president of the Massachusetts Medical Society. She said that before the pandemic, she had never treated patients through telehealth, but she soon realized that the availability of virtual care means much fewer missed appointments and more patient convenience. 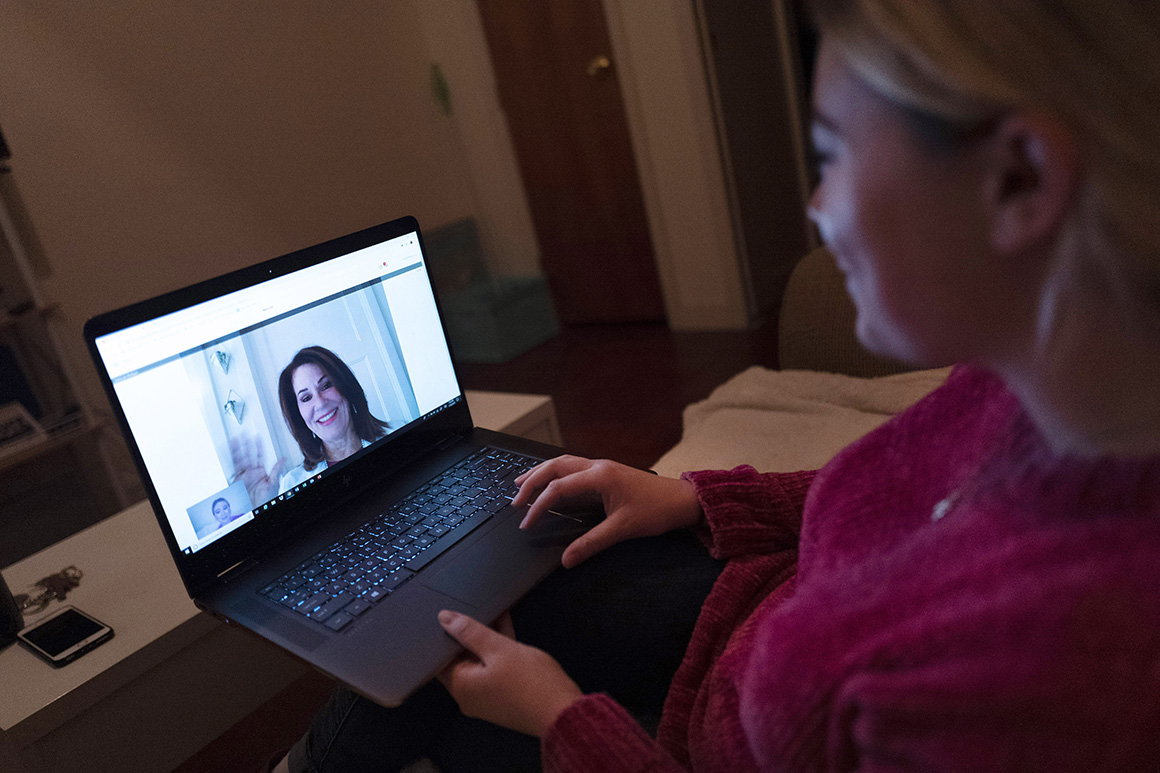 Mental health practitioners across the country have witnessed the same. A 2020 survey found that 32 percent of psychiatrists reported all their patients kept their appointments, up from 9 percent before the pandemic began.

Telehealth advocates have changed their pitch to lawmakers since Covid-19 began, focusing arguments more around health equity and expanded access. People who are disabled and homebound, those who care for an elderly relative or those who can’t find childcare would lose access if payments are cut, said Joseph Kvedar, president of American Telemedicine Association.

“It will drive disparities and inequities if we abruptly cut off telehealth,” he said.

More than a dozen states have already moved to codify some of the pandemic’s telehealth rules and Kyle Zebley, director of public policy with the American Telemedicine Association, said this is the most successful year his organization has had in its three-decade history. This week, the group scored another victory when Texas lawmakers passed legislation permanently allowing Medicaid to cover telehealth. That legislation would also allow audio-only services addressing concerns around broadband access in low-income and rural parts of the state.

Telehealth boosters are having far more success in states than at the federal level where there is little agreement on a path forward amid concerns that virtual appointments may drive overuse of health services and invite fraud. The Trump administration waived some Medicare rules that limited telehealth’s use, but more expansive changes require legislation.

Many states also made it easier for patients to get medical marijuana during the pandemic, allowing for not only telehealth access but also delivery or curbside pickup. Advocates in Pennsylvania are now pushing to make permanent Covid-era rules that allowed curbside pickup. Patients can also obtain a three-month supply of medical marijuana rather than a 30-day supply. The bill, which passed out of a state House committee on Monday, also allows caregivers to deliver marijuana to an unlimited number of patients, effectively legalizing delivery.

“All of these things worked out well during the pandemic, and there is no reason it shouldn’t continue,” said Luke Shultz, a patient advocate who sits on the governor’s medical marijuana advisory board.

There is also a push in at least 10 states to permanently allow virtual notaries, as West Virginia did in March and Florida did in April.

Some of the lobbying efforts aim to restore restrictions that were in place before the pandemic. In New Jersey, public health organizations are lobbying for the reinstatement of a ban on smoking on casino floors after Gov. Phil Murphy temporarily ashed a long-standing exemption from the state’s anti-smoking law. The gaming industry is resisting, claiming a permanent ban would further weaken Atlantic City operations.

A bipartisan group of lawmakers introduced a bill codifying the smoking ban but it hasn’t been scheduled for a hearing and similar legislation introduced over the last decade hasn’t moved out of committee.

Revenues at Atlantic City casinos were helped by sports betting and online gaming in early 2021, even compared to pre-pandemic totals, according to a recent report from the American Gaming Association. That bolsters the case for keeping the ban intact, said Michael Davoli of the American Cancer Society. Similar efforts are underway in Michigan and Pennsylvania.

New Jersey lawmakers are also exploring whether the pandemic should permanently alter the scope of what advanced practice nurses and physician assistants can do without consulting with doctors. One of Murphy’s Covid-19 executive orders exempted those clinicians from having to get a physician’s sign-off to prescribe medication used to treat substance use disorder.

Legislation that would have done the same was defeated only two months before the start of the pandemic amid American Medical Association pushback.

Lawrence Downs, CEO of the physicians group the Medical Society of New Jersey, said codifying those regulations after the state emerges from a public health health crisis would diminish the role of doctors in “team-based” care. While he hasn’t seen any study saying one way or another how patient outcomes were affected by the temporary waiver, “we’d be opposed to continuing on an ongoing basis that which was put in place on an emergency basis.”

If anything, the emergency was evidence that the existing regulations were unnecessary, said Assemblymember Nancy Munoz, a Republican and nurse who sponsored the bill.

“I can’t think of a better time than now to do this,” she said. When Murphy signed his executive order, “I said, ‘The sky’s not going to fall.’ The sky hasn’t fallen.”