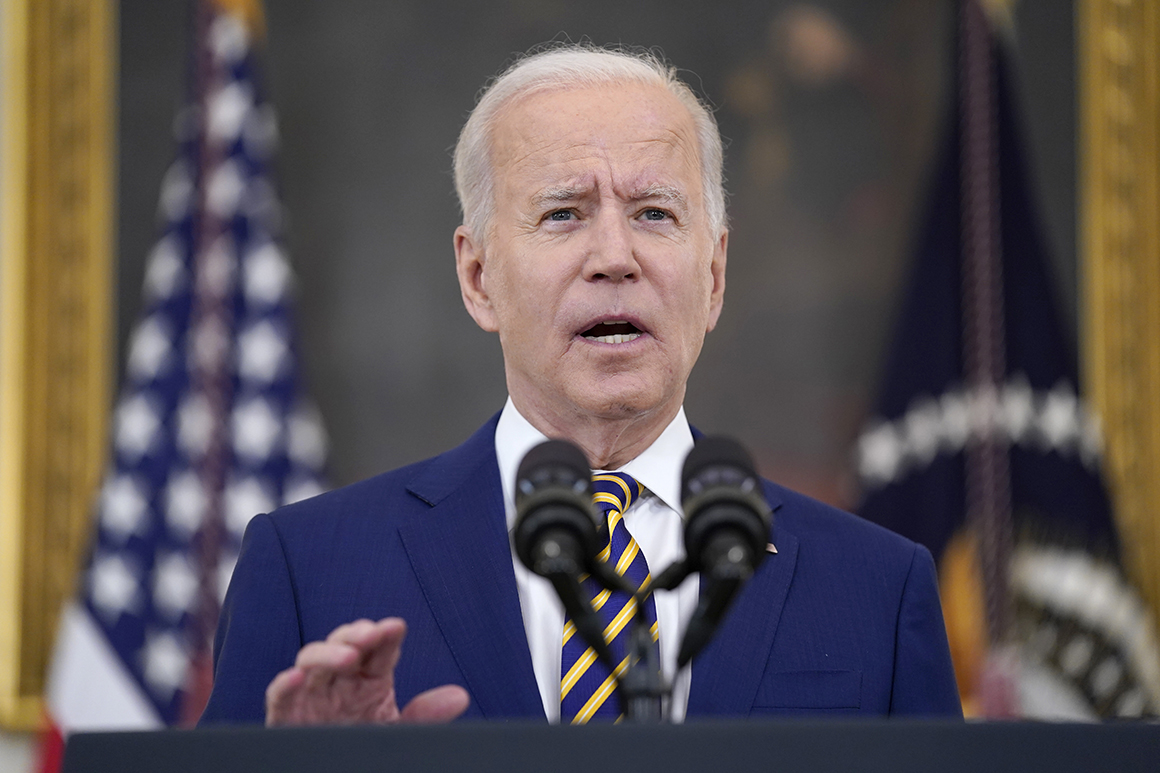 President Joe Biden marked a milestone on Friday of 300 million vaccine doses administered in the U.S. under his administration.

But he also issued a warning, saying that Covid cases will rise in some areas with lower vaccination rates and that the highly contagious Delta variant will make unvaccinated people even more susceptible to the virus.

“People getting seriously ill and being hospitalized due to Covid-19 are those who have not been fully vaccinated,” Biden said Friday. “[The Delta variant] is a variant that is more easily transmissible, potentially deadlier, and particularly dangerous for young people.”

Biden warned that with the Delta variant, people could be more likely to die from the virus in areas with lower levels of vaccination. Biden said he didn’t expect the variant to force another lockdown, but said that some places “will be very hurt” by it.

So far, vaccinations have proven effective against the variant, which is spreading overseas and becoming more common at home. Rochelle Walensky, the director of the Centers for Disease Control and Prevention, said the Delta variant made up nearly 10 percent of U.S. cases this month, compared to 2.7 percent of all cases in May.

Walensky said Friday on “Good Morning America” that the likely more harmful Delta variant will “probably” become the dominant strain in the U.S. in the coming months. Data has shown the variant, which first appeared in India, to be 40 to 80 percent more transmissible and about twice as likely to cause hospitalization as the Alpha variant.

British Prime Minister Boris Johnson has pushed back the end of lockdown in England amid the Delta variant’s spread.

Biden’s comments about the vulnerabilities of unvaccinated communities echoed similar concerns made earlier in the day by his chief of staff, Ron Klain. In a tweet Friday morning, Klain warned that areas with low vaccination rates “will see cases climb again.”

As of Friday’s CDC data, 65.1 percent of American adults had received at least one dose of a Covid vaccine. But some states have lagged behind, especially in the South. Data has shown a partisan gap in vaccinations, with Republican districts far less likely to have hit 60 percent of residents vaccinated.

Biden’s vaccine push has also struggled to win over Black Americans, though the Biden administration noted in a fact sheet that 54 percent of vaccinations in the past month have been among people of color.

With vaccination rates rising, Covid cases have plummeted around the country, dropping from a seven-day national average of 67,673 cases daily as of April 18 to 11,717 as of Wednesday, according to CDC data. The seven-day case average peaked at over 250,000 in January, when thousands of Americans were dying from the virus daily.

Biden had set a goal of vaccinating at least 70 percent of U.S. adults with at least one dose by July 4, though the U.S. is not expected to reach that goal. Earlier this month, Biden launched a “month of action” to reach that goal, but vaccinations have slowed overall after early high demand for the shots. Governments and companies have offered a host of incentives for vaccination, from free beer to baseball tickets to lotteries.

On Independence Day, Biden is set to proclaim “a summer of freedom” from the virus that has killed more than 600,000 Americans. Biden plans to host more than 1,000 guests for a cookout on the White House’s South Lawn on July 4, with invitees including members of the military, first responders and essential workers.