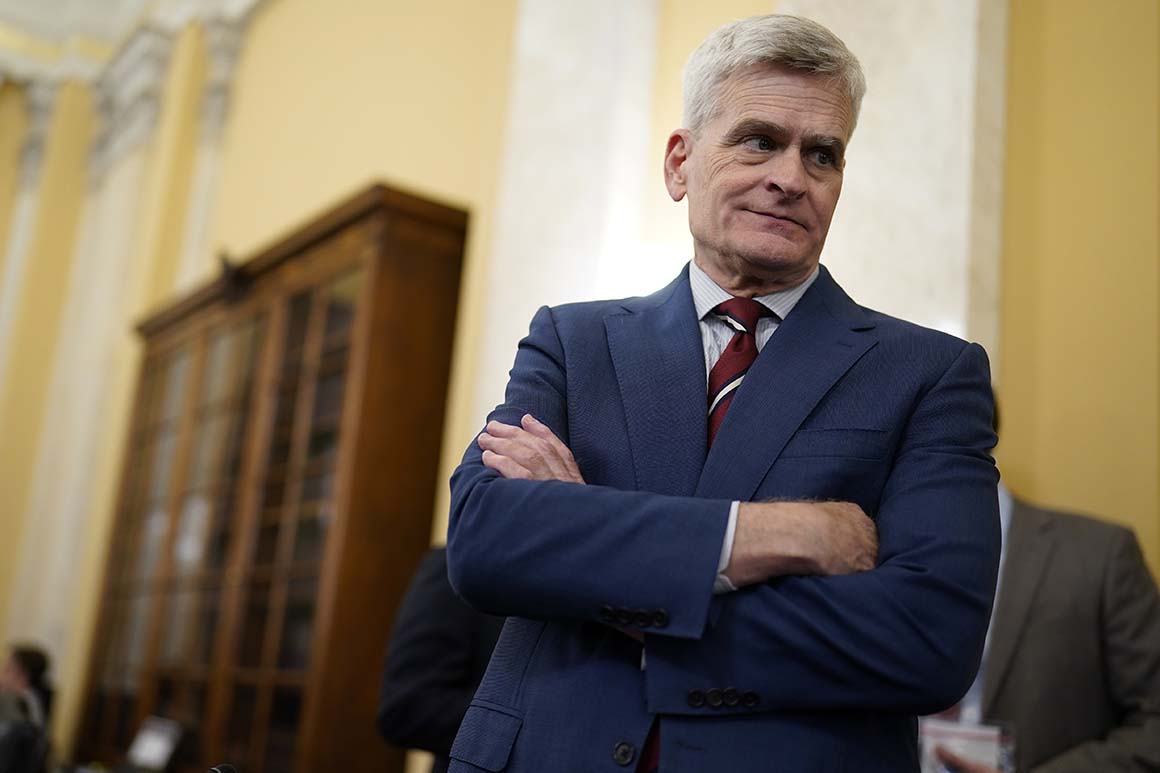 President Joe Biden put the kibosh on infrastructure negotiations with one group of Republican senators this week. But inside the White House, there is a glimmer of hope that a separate set of talks could lead to bipartisan agreement. At a minimum, they still see little downside in trying.

The move to keep bipartisan negotiations going sparked a round of progressive anger Wednesday as liberals warned their demands need to be met, too, and that prolonged negotiations could hamper other big legislative priorities. But even if it were to move forward on infrastructure with just Democratic support, the White House hasn’t finished one of its most important sales jobs: wooing Sens. Joe Manchin (D-W.Va.) and Kyrsten Sinema (D-Ariz.)

Opening talks with a bipartisan group of lawmakers, which includes Manchin and Sinema, provides two potential benefits for the White House: a chance (however remote) to give Biden the type of bipartisan deal that White House aides believe the public will reward; and the opportunity to provide those two conservative Democrats with a first-hand look at how negotiations with Republicans are actually going — from the areas of overlap to the remaining hurdles.

Multiple Democratic sources say that by continuing negotiations, the president hopes to maintain the image of “bipartisan Joe.” One of Biden’s top advisers has told Democrats that an attempt at a bipartisan deal could boost Biden politically.

Though efforts to craft a bipartisan infrastructure deal have hit a wall over the size of the package and the provisions to pay for it, the White House sees some positive signs from the new group, including a willingness to move toward a higher dollar amount than the previous GOP-only group led by Sen. Shelley Moore Capito (R-W.V), a White House official said.

Biden is overseas for the next eight days. But senior staff and Cabinet members who have been tapped to focus on the infrastructure package will be in touch with members of the bipartisan group. Biden himself has spoken with Sen. Bill Cassidy (R-La.) and intends to have similar conversations with others, according to a White House official. That group of 20 senators, led by 10 negotiators evenly split along party lines, includes Manchin and Sinema — who so far have not been directly involved in White House-Congress negotiations — as well as Sens. Rob Portman (R-Ohio), Susan Collins (R-Maine), Lisa Murkowski (R-Alaska), Jon Tester (D-Mont.), and Mark Warner (D-Va.).

While progressives are pining for Biden to jettison bipartisan talks entirely, most Democratic lawmakers are OK with them continuing. A readout from the White House of a call last week noted that House Transportation and Infrastructure Committee Chair Peter DeFazio (D-Ore.), who is handling elements of the president’s jobs plan, which includes infrastructure spending, supported continuing bipartisan talks. The White House has also been heartened by the passage of the China competitiveness bill in the Senate Tuesday night, which is being seen as a sign that the parties can reach a bipartisan compromise.

Even progressive Sen. Brian Schatz (D-Hawaii) said he was unbothered by the administration’s decision to continue talks with Republicans because it would not ultimately derail Democrats from advancing their priorities.

“Negotiations rarely make things worse, and so I applaud them for their steadfast optimism, but I’m serene in the knowledge that constitutionally-speaking, the legislative branch does the legislating,” Schatz said in an interview. “I think Joe Biden would prefer to do all of this on a bipartisan basis.”

Schatz said he was confident that provisions tackling climate change would make it into the final infrastructure bills passed by Congress, arguing the issue “was key to the Biden agenda” and “key to why we achieved the trifecta” of power.

As the White House begins a second lane of bipartisan negotiations, they also are working on a parallel path to ensure passage of Biden’s entire infrastructure package. Senate Democrats have begun work on the next budget reconciliation process, which will include most of Biden’s proposals, and would pass the Senate with only Democratic support. And DeFazio’s committee in the House launched a markup of it’s $547 billion, five-year, surface transportation reauthorization bill Wednesday, which will likely be a vehicle for some of Biden’s infrastructure plans.

A White House official described the overall strategy in simple terms: working to see if there is a deal to be had but also working as if there isn’t one to be had.

But Democrats aren’t entirely confident about the approach. As Biden jetted off to Europe Wednesday, a number of lawmakers obliquely threatened to withhold votes from the final bill after comments from Biden’s White House National Climate Adviser, Gina McCarthy, that certain climate change provisions — like a clean energy standard — may not make it into the final compromise.

There is also fear among progressive lawmakers and activists that the longer talks drag on, the more likely it is that other key priorities unrelated to infrastructure will never be passed.

Whenever the White House ends “the kabuki” with GOP senators, it will take weeks for Democrats to negotiate amongst themselves, said Brian Fallon, an Obama administration alum and executive director of Demand Justice, an advocacy group that supports progressive judicial nominees.

“The casualty here is the rest of Biden’s agenda,” Fallon said. “You are sealing our fate in terms of our inability to ever force a reckoning on the filibuster by taking so long on these other bills.”

“He’s gotten his COVID recovery package, and one way or the other he’ll get an infrastructure package,” Fallon added. “So Biden will get two [big] things, but is he going to get third?”