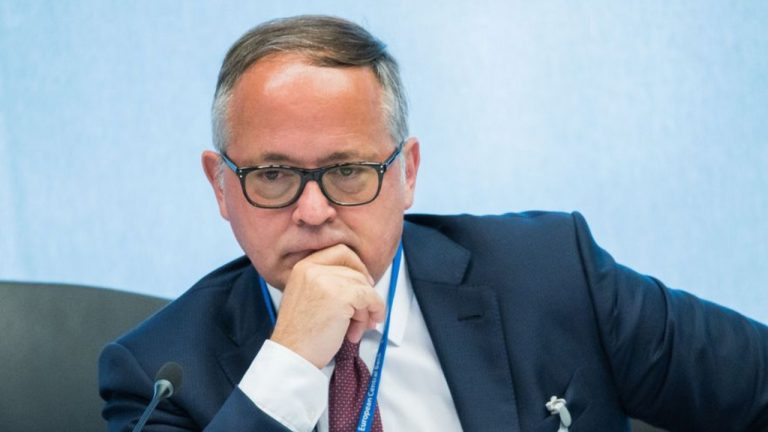 An official at the Bank for International Settlements (BIS) and former member of the executive board of the European Central Bank (ECB), Benoit Coeure, insists that bitcoin has not passed the test of being a means of payment. He calls El Salvador’s move to make the cryptocurrency legal tender “an interesting experiment.”

Benoit Coeure, head of the Innovation Hub at the Bank for International Settlements (BIS), commented on El Salvador’s move to make bitcoin legal tender Friday. He said at the launch of a regulatory research hub at the Bank of England (BoE):

El Salvador, that is an interesting experiment indeed.

A member of the BIS executive committee, Benoit Coeure was appointed head of the bank’s innovation hub in 2020. He was previously a member of the executive board of the European Central Bank (ECB). From 2013 to 2019, he chaired the BIS Committee on Payments and Market Infrastructures.

El Salvador became the first country in the world to adopt bitcoin as its national currency, alongside the U.S. dollar, after its congress passed a bill to make the cryptocurrency legal tender Wednesday. The country is now exploring mining using energy from volcanoes.

We have been clear at the BIS that we don’t see bitcoin as having passed the test of being a means of payments. Bitcoin is a speculative asset and should be regulated as such.

The BIS official is not the only one that has voiced concerns regarding bitcoin being legal tender in El Salvador. The International Monetary Fund (IMF) said Thursday that “Adoption of bitcoin as legal tender raises a number of macroeconomic, financial and legal issues.”

Meanwhile, many countries, including the U.S., are increasing their efforts to regulate cryptocurrencies. This week, financial regulators for major economies proposed additional capital rules for banks holding crypto assets.

What do you think about Benoit Coeure’s comments on bitcoin in El Salvador? Let us know in the comments section below.