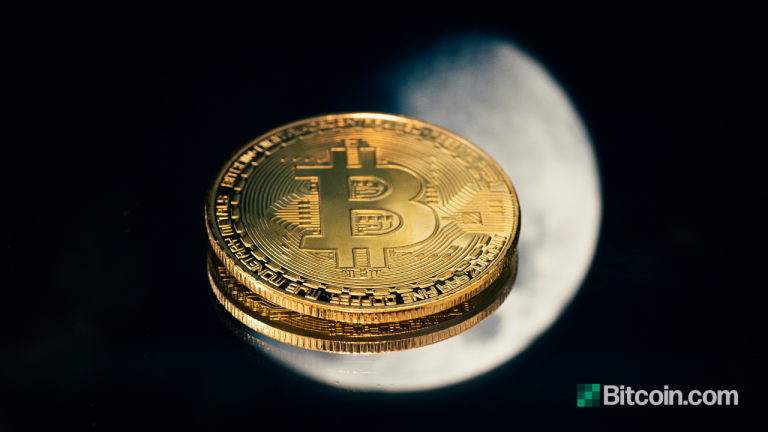 Cryptocurrency exchange Bitmex is sending bitcoin to the moon. A one-of-a-kind physical bitcoin will be minted and delivered to the moon by a leading space robotics company that Bitmex supports. The coin will hold one bitcoin at an address to be publicly released.

Bitcoin Will Be on the Moon in Q4

Bitmex announced Friday that “Bitcoin is going to the moon.” While many say that bitcoin’s price has “gone to the moon” several times before, Bitmex means this time a physical bitcoin will be literally launched to the moon.

Astrobotic Technology “has been selected by NASA to deliver science, exploration and technology demonstration payloads to the lunar surface with its Peregrine lunar lander,” Bitmex further detailed, adding:

Bitmex will mint a one-of-a-kind physical bitcoin, similar to the Casascius coins of 2013, which will be delivered to the moon by Astrobotic. The coin will hold one bitcoin at an address to be publicly released, underneath a tamper-evident hologram covering.

Peregrine-1 is Astrobotic’s first commercial lunar lander due to launch in November 2021. “The payload is occupying an official slot on the manifest. It will be the first-ever bitcoin to be on the surface of the Moon, with photographic evidence taken to prove it,” Bitmex noted.

The coin will display the Bitmex name, the mission name, the date it was minted, and the bitcoin price at the time of minting.

“For all the talk of bitcoin going to the moon, we’re actually going to do it,” said Bitmex CEO Alex Höptner.

We’ve nothing against Dog Money, [but] we felt it was only right to help bitcoin get there first.

What do you think about Bitmex sending a bitcoin to the moon? Let us know in the comments section below.