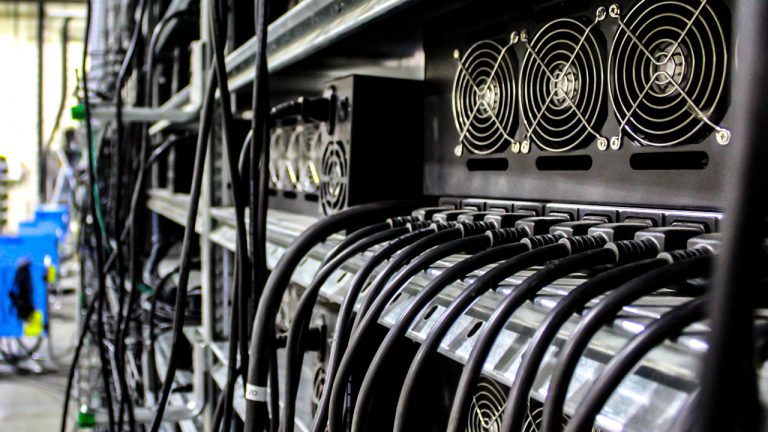 Most of the crypto community has been focused on the developments in China and more specifically, the crackdowns against bitcoin miners in Inner Mongolia, Xinjiang, Qinghai, Yunnan, and Sichuan. On Wednesday morning (EST), Bitcoin’s overall hashrate has continued to drop and is now below the 100 exahash per second (EH/s) region. During the last 24 hours, people acquainted with Chinese miners have been describing the latest hardships bitcoin miners are facing.

Hashrate Migration Is ‘Destined to Be a Long Process’

Notices stemming from government officials in five Chinese provinces noted that bitcoin mining operations must cease immediately and this has caused a lot of anxiety among some bitcoiners in recent times. On Tuesday, June 22, Bitcoin.com News reported on the hashrate shifts and how mystery hashrate and stealth mining has started to increase following the crackdowns. Bitcoin.com News also explained last week how it is extremely difficult to pinpoint the exact quantity of hashrate that resides in mainland China.

The community can see that the hashrate is now below 100 EH/s and has lost between 15-25% since the Sichuan crackdown. Meanwhile, residents of the western hemisphere have been in the dark in regard to how much hashrate is actually in China, and where mining operations are relocating. However, the regional reporters at 8btc have described some of the events taking place in China, alongside Foundry Digital’s executive Kevin Zhang.

“Chinese miners are not familiar with the overseas environment, and moving overseas is destined to be a long process,” 8btc disclosed on Tuesday in a Twitter thread. 8btc’s thread stems from translated commentary from a miner dealing with the crackdown situation. “Today, a mining industry insider posted that Chinese miners actually tried to ‘move overseas’ a few years ago, but it turned out that the overall domestic cost is still the lowest,” 8btc continued.

“Specifically, bare electricity in Canada and the U.S. is mostly at 0.3 cents, but construction + labor + operation and maintenance + taxation, and various environmental protection standards, have long cycles and high costs,” the regional report translated by 8btc details. “Electricity prices are cheap in the Far East, but miners are worried about the instability of the local situation. Georgia and Kazakhstan have electricity, but the process is sometimes the same as Vietnam and India.”

The translated account from China further says that the temperatures in Malaysia and Thailand are too high. Moreover in Africa and Iran, Chinese miners have seen advertisements to set up shop there, but no one knows “who actually went there.”

“At the same time, Fenghua International Express disclosed that it had airlifted a batch of bitcoin miners to Maryland, USA,” the thread further added. “It is reported that this is only the ‘vanguard’ in the army of bitcoin miners that China has shut down, accounting for a very low proportion.”

8btc’s thread concluded by stressing: “Luckily, we now have passionate people like [Arman Batayev] from Astana Financial Innovation Centre and [Guy Deriq] from Uganda [who] can help Chinese miners move abroad. Would love to see more people like this coming out.”

In addition to the 8btc thread, the vice president of business development at Foundry Digital, Kevin Zhang described the issues his “mining colleagues in China” are seeing.

“Sentiment is obviously quite dreary and the reality is setting in that it’s GG for mining in China. Some mining friends have stuck around Sichuan since the Bitmain conference to drink their sorrows away. Now… 酒都不想喝了 – ‘not even in the mood to drink anymore,’” Zhang said on Wednesday. “They estimate that roughly 70% of the bitcoin mining capacity in China has gone offline and by the end of this month, it’ll be closer to 90% offline,” he added.

Zhang said that in extreme cases some colleagues in Kangding, Sichuan were instructed by “power plants/stations” to remove all the infrastructure including containers, racks, and shelving. With just 1-2 weeks’ notice, Zhang remarked that moving all of this infrastructure is a pain and “especially considering most of the operations (especially the larger ones) received the proper assurances and permitting to run their operations.”

“Before resellers and opportunists get way too ahead of themselves for scooping up discounted electrical equipment,” Zhang further emphasized. “They should consider that most of the gear won’t be up to code for established Western countries (not UL Listed or CE Certified, aluminum transformers vs copper).” The mining executive continued:

Which leads to my next point that the ‘Great ASIC Exodus’ will be anything but seamless… Hosting capacity outside China was already oversubscribed and scarce prior to these regulatory announcements. Additionally, expectations for hosting terms are greatly MISALIGNED.

9) Chinese miners have been quick to mobilize… one colleague sent some technicians down to Shenzhen, to focus on 2nd hand miner testing, repair, cleaning, and repackaging for exportation. He has cleaned and shipped out over 20,000 ASIC’s in the last 2 weeks pic.twitter.com/92pAynQigl

Zhang gave a number of examples of misalignment like hosting costs are more expensive internationally, there’s long lead times, required deposits, and the tariffs between the U.S. and China. The Foundry Digital executive explained that not all Chinese miners were “caught with their pants down.” He stressed that some have already been gradually expanding internationally.

“This process only accelerated with the Inner Mongolia ban earlier this year,” Zhang noted. The Foundry representative concluded:

This isn’t the end. Whatever doesn’t kill bitcoin, will make it stronger. I was chuckling with some colleagues earlier because we are still so early… The MSM was chomping at the bit to report 6,600 lbs of ASICs being shipped. That’s a little over 200 ASICs.