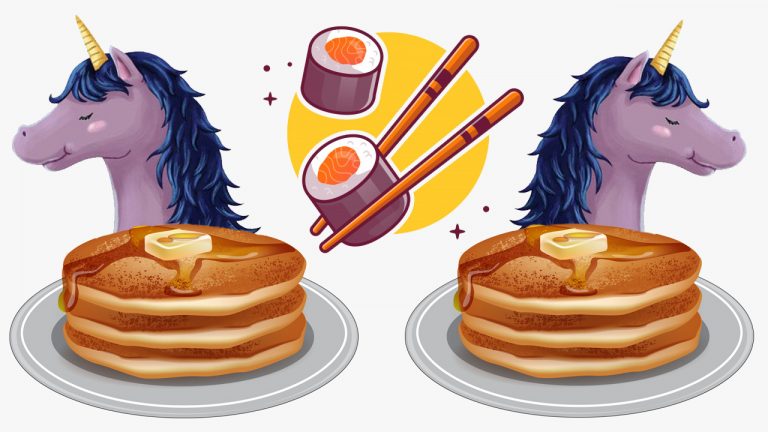 As crypto markets saw some recovery on Tuesday, decentralized finance tokens and applications have once again started swelling in value. Decentralized exchange (dex) trade volumes have increased a great deal, as daily swap volumes stemming from Ethereum-based dex applications have doubled since Monday.

Decentralized finance continues to astonish, as billions of dollars have entered this new economy during the last two years. Years ago, there were a few decentralized exchange (dex) platforms but none of them compared to the liquidity that’s provided on dex platforms today.

Moreover, the Ethereum blockchain hosts the most popular dex applications in existence today and many of these Ethereum-based dex platforms have outshined even centralized exchange (cex) platforms in terms of trade volume.

Furthermore, the Binance Smart Chain (BSC) hosts a dex platform called Pancakeswap which has been steadily capturing large amounts of dex volume since its inception. For instance, on May 18, 2021, Pancakeswap processed $6.7 billion worth of swaps.

In June, Pancakeswap saw trade volumes between $336 million to $800 million depending on the day. On June 21, the BSC-based dex saw $1.21 billion in global trade volume. These metrics recorded by the web portal pancakeswap.info show Pancakeswap would be the second-most popular dex in terms of 24-hour volume.

The second position, according to Dune Analytics, which only measures Ethereum-based dex platform volume, is Sushiswap. The dex Sushiswap is basically a clone of Uniswap, the largest dex application in terms of daily and weekly trade volume.

Cumulative dex stats show over $2 billion was traded on 16 different dex platforms and $15 billion total over the last week. Of that $15 billion, Uniswap captured $10.3 billion of all that volume and outshines Sushiswap and Pancakeswap’s volumes combined.

As mentioned above, earlier dex applications like Bisq suffered from liquidity issues and since the inception of financial tools like Ethereum-based automatic-market makers (AMMs) and dex smart contracts, that all changed.

As dex trade volumes on networks like Ethereum and Binance Smart Chain continue to climb this summer, just like the heat outside, crypto liquidity is guaranteed to rise as well. In addition to dex apps on ETH and BSC, other blockchains with smart contract and AMM functionality are racing to catch up to these defi giants.