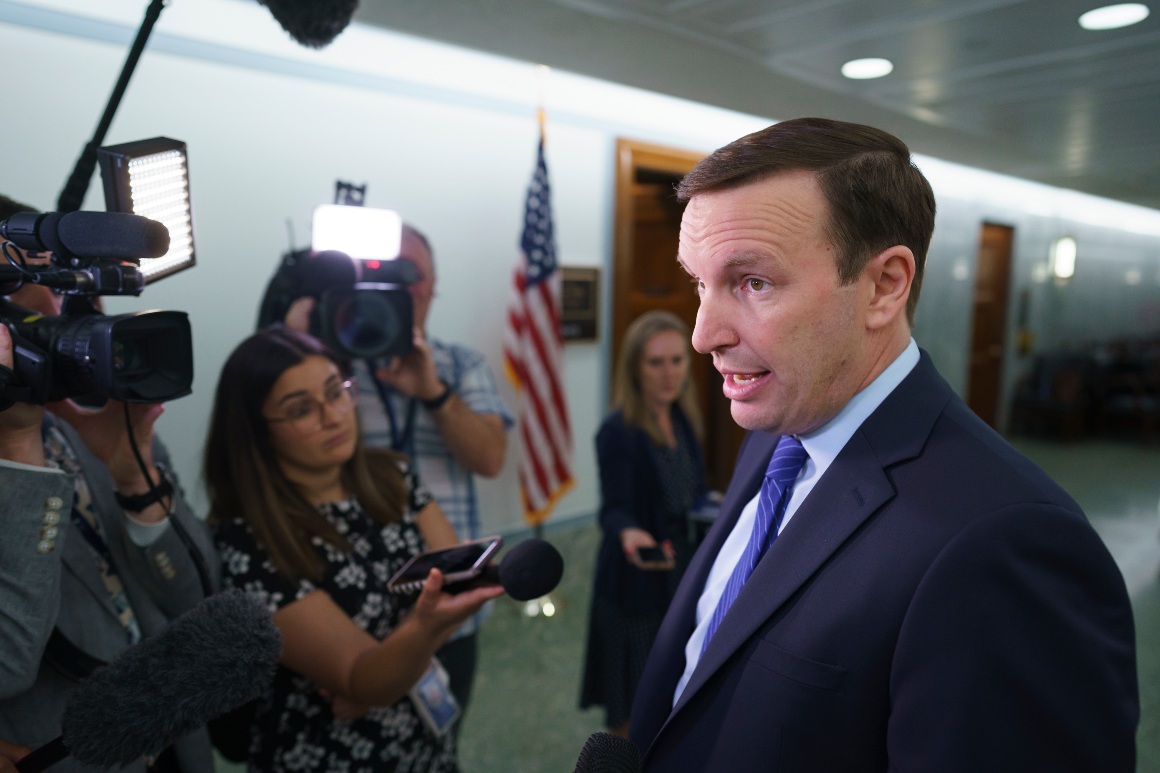 Senate Democrats are struggling for the total unity they need on major infrastructure and elections bills. Their gun control point man is determined to avoid that kind of quicksand.

Instead, Democrats are preparing to vote on a scaled-down guns bill — most likely a curtailed plan to boost background checks for firearm buyers. The goal is to unite the party and pick up a limited number of Republican votes, even as their effort appears headed towards the same doomed fate as previous proposals to curb gun violence. Despite the all-but-certain GOP filibuster facing Democrats on guns, they’re well aware that a unified 50-vote Senate majority is the only way to put unmitigated political pressure on their opponents.

It’s a stark contrast with Democrats’ approach to their sweeping elections package, which lacks total support from their Senate caucus and is unlikely to win any Republican votes when it comes to the floor this week. But it’s just a matter of math in the evenly divided Senate, according to Sen. Chris Murphy (D-Conn.), who had spearheaded the latest round of gun control negotiations.

“I’m not interested in bringing a proposal to the Senate floor that can’t even get 50. And the quickest way to get 50 is to keep all the Democrats together,” said Murphy.

Rather than put up House-passed bills that established universal background checks and closed other loopholes, Democrats are leaning towards scheduling a vote next month on legislation increasing the number of online and gun show transactions covered by federal background checks. Unlike the House-passed gun bills, Senate Democrats are betting such legislation could unite them and even tempt Republicans to join them.

If the legislation fails as expected, a show of unity among Democrats would send an “important message to the American people” on where senators stand on gun control, said Sen. Mazie Hirono (D-Hawaii).

After initial optimism for a compromise, the collapse of the latest round of bipartisan gun control negotiations last week refocused Murphy’s attention on a package that could keep his entire caucus together. He’s aiming for the show of force that Democrats displayed on bills like the Paycheck Fairness Act, a gender pay-gap bill that had the support of every majority-party senator even as Republicans blocked it.

Murphy is still talking with Sens. Pat Toomey (R-Pa.) and Lindsey Graham (R-S.C.), he said, about “some ideas that would involve the expansion of background checks without getting all the way to universal.” He said he’s also working toward a way to enact broader background checks for “commercial sales that would be attractive to a cross-section of Republicans.”

Such legislation would be designed to address current loopholes in the federal system that allow some gun sales to occur without a background check. Federal law only requires sales from licensed dealers, importers and manufacturers to undergo a background check, creating a gap that gun control advocates have long pushed to close.

Given the unregulated nature of the transactions, few estimates are available on the number of sales completed without a background check. But a 2015 survey of gun owners published in the Annals of Internal Medicine estimated 13 percent of owners who bought a gun in the previous two years did so without a check.

Online sales on Craigslist-like websites and sales at gun shows might not be covered under existing law, for example, so Murphy said he’s aiming for legislation that would cover “any stranger-to-stranger sale.”

Even if senators were to strike a compromise, though, a scaled-back bill could face skepticism among gun control groups that have long fought for more stringent checks and were eager for change after President Joe Biden won the White House.

“There would likely be varying degrees of support in the gun violence prevention movement for a commercial sales bill as an incremental first step to addressing gun violence in all of its forms,” said Christian Heyne, vice president of policy at the gun-control advocacy group Brady. “But it must reject any dangerous gifts to a gun lobby that puts profits over people.”

And after years of bruising fights over gun proposals, other Senate Democrats were skeptical that any proposal on the issue could garner meaningful GOP support even if Murphy can find a bill that wins over his caucus’ liberals and centrists.

“We have a fairly good prospect for Democratic unity,” said Sen. Richard Blumenthal (D-Conn.). “But keeping 60 votes is another question right now.” 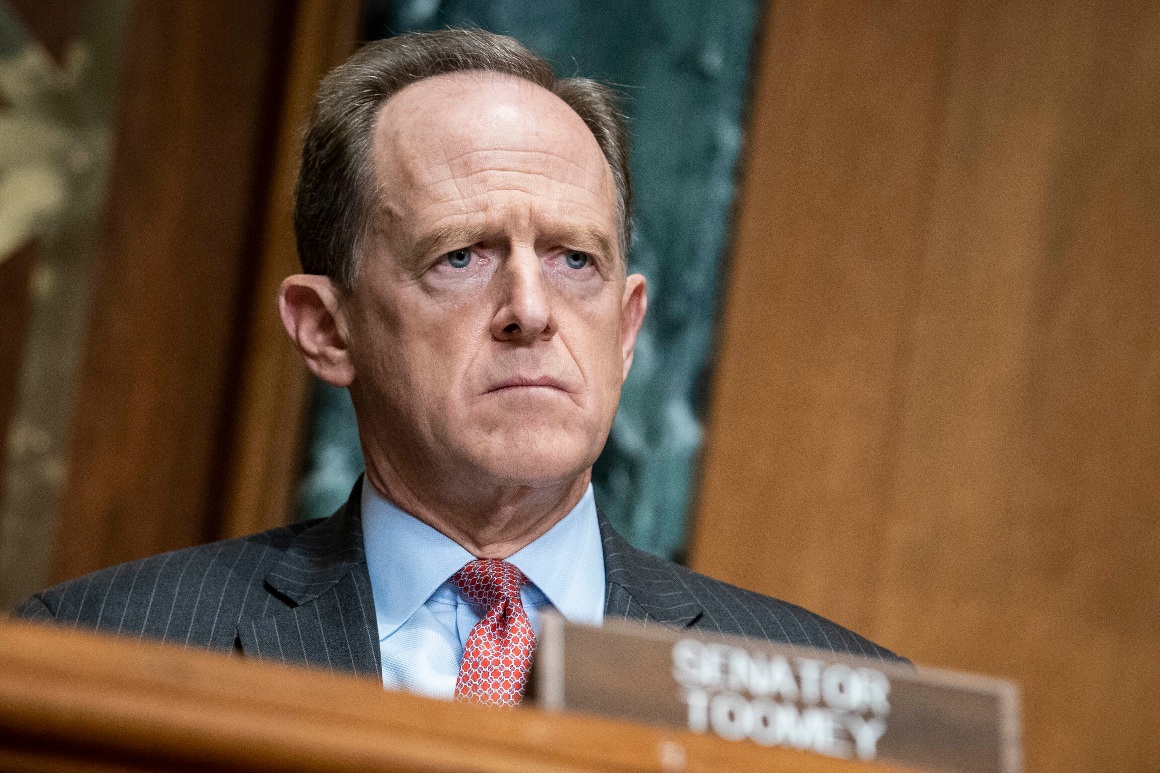 The last time the Senate considered a background checks bill, in 2013, it also sought to expand the system to include online and gun show sales. That effort by Toomey and Sen. Joe Manchin (D-W.Va.) to broker a guns deal failed to break a filibuster and won only four Republican votes while losing four Democrats.

Murphy, however, is convinced that this year can be different.

Eight years ago, Murphy said, there was “only one single Republican who was willing to talk about expanding background checks — Pat Toomey.” But now “there are multiple potential Republican partners,” he said, and “we’re closer [to], not farther away from, getting to 60 in the Senate.”

Calling up a bill next month that carries every Democratic caucus member would be a major step in that direction. Still, pivotal Senate Republicans struck a less optimistic tone when asked about the Murphy-led negotiations.

“We’re talking about gun shows. We’ll see if it goes anywhere,” Graham said. Asked if a bill addressing gun shows could gain support from other Republicans, most of whom are resistant to gun control measures, Graham said the Toomey-Manchin framework from 2013 would not, but some “hybrid” might gain momentum.

Toomey was even more bearish. Asked if another commercial sales proposal could win over more Republicans, the retiring Pennsylvanian replied: “Honestly, it’s unclear at this point.”