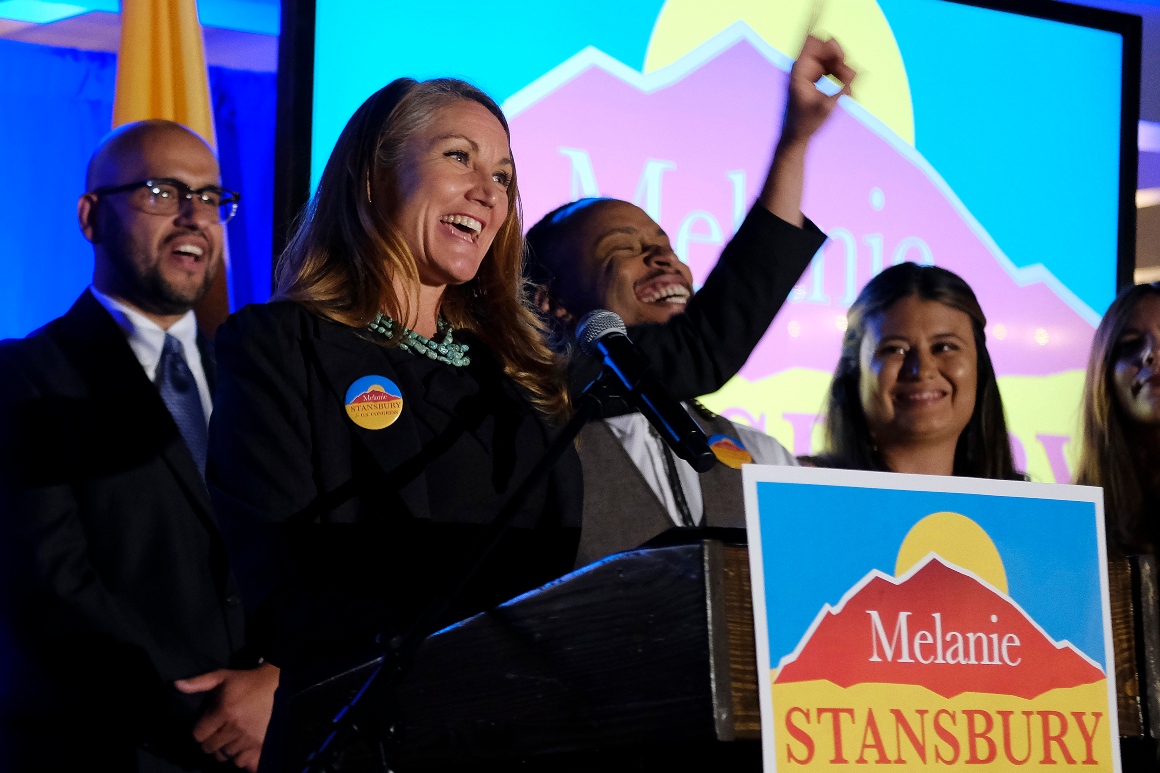 After months of disappointing retirements, redistricting fears and a high-profile electoral shutout, House Democrats got some good news on Tuesday: They’re still in the fight for 2022.

Democrat Melanie Stansbury trounced her GOP opponent by two dozen points in a special election for a traditionally blue district in New Mexico. And while it’s hard to draw sweeping conclusions from a single race — especially in a safe seat — Democrats say the fact that Stansbury actually outperformed Joe Biden in the district has offered them a sliver of hope ahead of a midterm election that is typically brutal for the party in power.

“We’re very excited about what this race suggests — nothing is certain for 2022,” Rep. Sean Patrick Maloney (D-N.Y.), chair of the Democratic Congressional Campaign Committee, said of his party’s long odds going into the president’s first midterms.

“If there’s a backlash to Biden coming, there’s no visible evidence of it,” he added. “To the contrary, it sure seems like people like the president’s agenda because that was the core of our candidate’s message.” 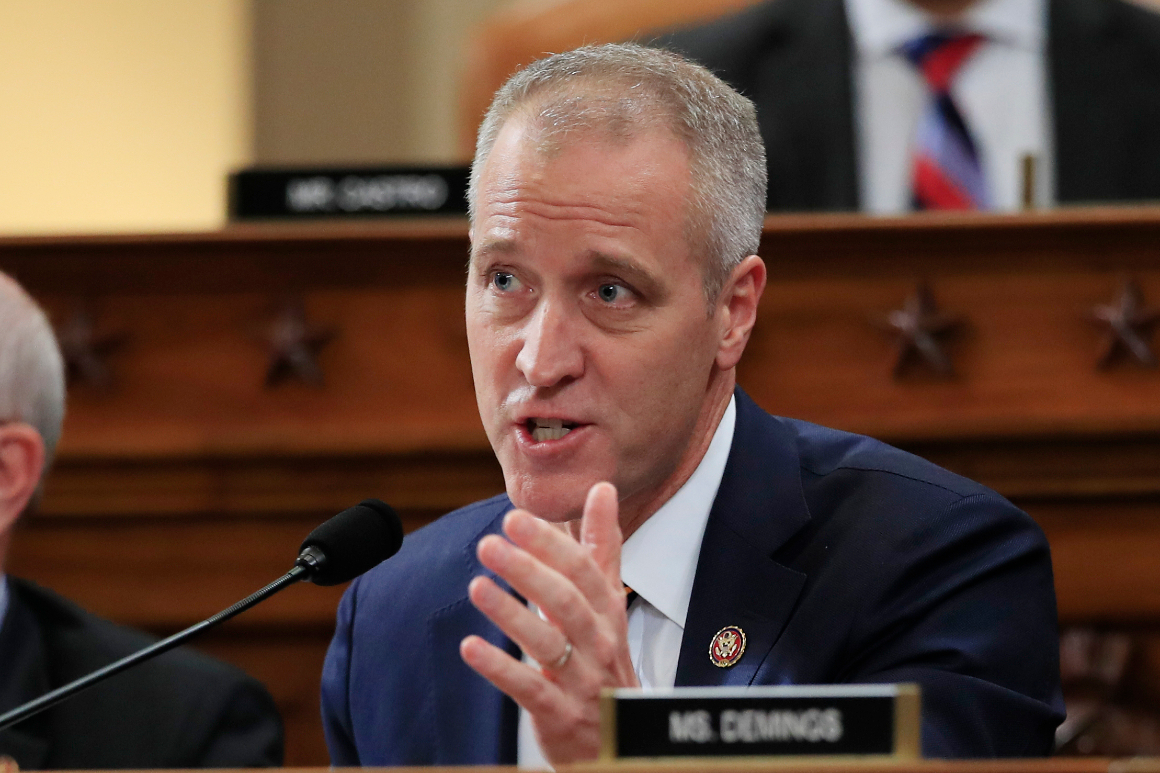 In a post-election analysis Wednesday, nearly a dozen Democratic lawmakers and strategists hailed the unexpectedly strong margins in New Mexico as a sign that their majority might not be doomed just yet. Stansbury’s triumph offers a template of how candidates can beat back the GOP’s “defund the police” attacks and ride on the popularity of Biden’s agenda, they said — particularly if Donald Trump’s voters decide to stay home.

Democrats acknowledge those are some big ifs. History is not on their side, and their party will need a lot to go right to maintain power, including recruitment and fundraising.

The president’s party typically loses an average of two dozen House seats in the first midterm. Right now, Democrats can only afford to lose five seats, and the 2022 battle will be fought on new maps, many of which will be drawn by Republicans.

Still, some Democrats say the New Mexico special election has helped them visualize a path to keeping the House. Rep. Teresa Leger Fernandez (D-N.M.), who has spent weeks campaigning in the district, said Stansbury was intentional about her message on the Democratic agenda, from Biden’s jobs package to voting rights, while dismissing GOP claims on policing and crime.

“Those blows did not land,” Leger Fernández said of the Republican attacks, adding: “People wanted to make sure that we keep our majority, and they saw that keeping this seat was a part of it.”

The Republican nominee’s vote share was nearly identical to 2018 — and 6 points below that of 2020. It’s the first inkling of what some Democrats hope is a “reverse Trump turnout effect” — with a voting base that looks a lot more like the blue wave of the last midterms compared to last November, when Democrats lost a dozen seats.

“There were quite a few people who voted in ‘20 who weren’t consistent voters. They came in and voted for Donald Trump, and apparently didn’t show up in this election,” said Rep. Debbie Wasserman Schultz (D-Fla.). But she cautioned: “Let’s not go crazy. We have a lot of seats where the margin is closer. But I think this is a formula that shows a pathway.” 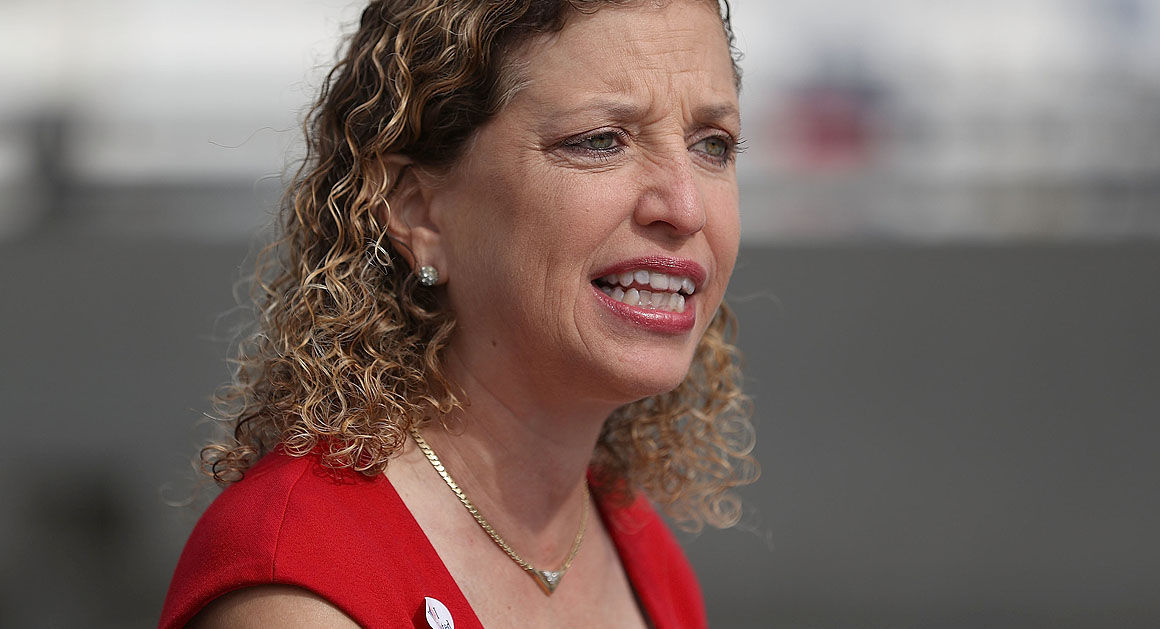 Party leaders took the race seriously, particularly after an embarrassing shutout last month in a Texas special election. In that race, no Democratic candidate advanced to the two-person runoff in a rapidly diversifying suburban district here. But ahead of the New Mexico race, incumbents sent Stansbury infusions of cash, and First Lady Jill Biden and Second Gentleman Doug Emhoff campaigned with her.

Maloney even flew out to Albuquerque to spend Tuesday night in the district as the election returns came in. And in an interview Wednesday from the airport as he traveled home, he said he would be urging Democrats to copy Stansbury’s message and strategy.

Stansbury, a state legislator who also has a long resume in the federal government, ran heavily on Biden’s agenda, citing his American Rescue Plan and vision for an economic recovery. But she did so while facing a barrage of attacks from Republican Mark Moores, who accused her of wanting to empty all federal prisons, and disband ICE and Border Patrol.

“It provides a playbook for candidates across the country, but I think it’s a one-two punch,” Maloney said. “You’ve got to talk about growing the economy, creating jobs, ending the pandemic, delivering results — and also respond aggressively to these lies and distortions about defunding the police.”

Several Democratic strategists also pointed to Stansbury’s win as an indicator the political environment has not yet shifted rapidly beneath their feet. To be sure, the district has not seen a competitive race for over a decade, and Stansbury was heavily favored to win. But the fact that she overperformed both the president and her popular predecessor, now-Interior Secretary Deb Haaland, is notable.

And Stansbury did so in a district that’s roughly 50 percent Latino — a key victory after Democrats underperformed in several heavily-Latino districts last November.

“I know special elections, people always say the turnout is going to be terrible. But what we’ve seen so far… We know the Latino community made a difference,” said Rep. Tony Cárdenas (D-Calif.), who campaigned for Stansbury through BOLD Pac, the political arm of the Congressional Hispanic Caucus. 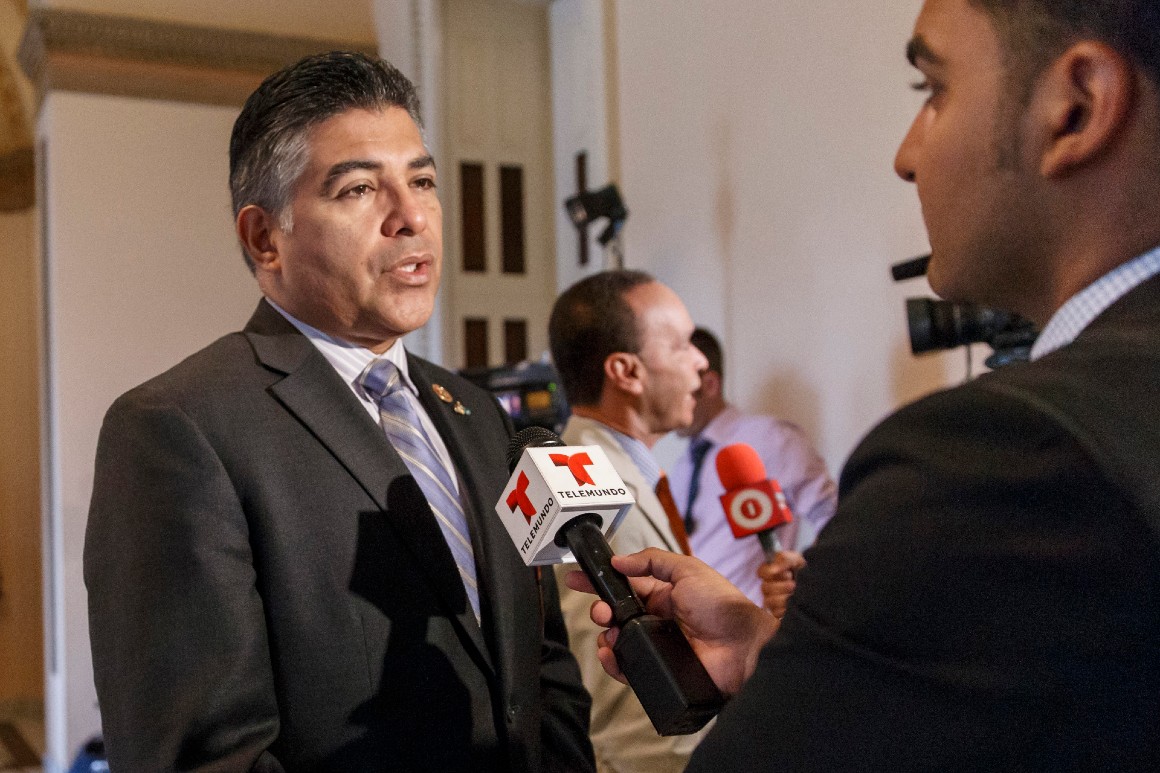 Stansbury’s massive victory could help DCCC lure both candidates and donors to its 2022 midterm operation. But it’s perhaps more important, according to some Democrats, that the party didn’t make any fatal mistakes that could sound the death knell for their majority.

Haaland, who in 2018 became one of the first two Native American women ever elected to Congress, won reelection by 16 points in 2020, as Biden notched a 23-point win in the district. According to unofficial results, Stansbury cruised to a 24-point win over Moores, a state senator and former football player for the University of New Mexico who centered his campaign entirely on crime.

In a repeat of the GOP’s “defund the police” attacks from last November, Moores seized on Stansbury’s initial support of an activist-authored proposal called the BREATHE Act, which called for some policy prescriptions that would disband local police. Privately, some national Democrats viewed Stansbury’s support as a risky position.

In response, she tapped a retired local sergeant to cut a direct-to-camera spot touting her efforts to secure public-safety funds. On the stump, she stressed a commitment to giving police adequate resources while also taking steps toward criminal justice reform, an approach that Democrats said helped her fend off the attacks.

“This should be a lesson for Democrats about how to push back on the crime hit in a way that doesn’t alienate the left, but actually motivates your progressive base at the same time,” said Dan Sena, a former DCCC executive director and New Mexico native. “It can be done.”

That kind of GOP attack is not going away in 2022. And it’s certainly true that Moores lacked the resources to match Stansbury’s on-air rebuttal; she spent over $500,000 more on TV ads than he did, according to the media tracking service Ad Impact.

Republicans have fervently pushed back against any suggestion that the victory could bode well for Democratic prospects next fall.

“The fact that Democrats feel the need to celebrate holding a district President Biden carried by over 20 points tells you everything you need to know about the headwinds they face going into the midterm election,” NRCC spokesperson Michael McAdams said.

Still, DCCC officials see the victory as a sign their recently completed autopsy of the 2020 election was correct. That report indicated that Democrats were stymied by the surge in turnout from low-propensity Trump voters and the potency of GOP attacks that many incumbents failed to counter adequately.

It’s far too early in the cycle to extrapolate, but some Democrats are optimistic that the early data suggests voters don’t appear eager to put a check on the Biden administration in the way they were during the first midterms of Trump and Barack Obama. 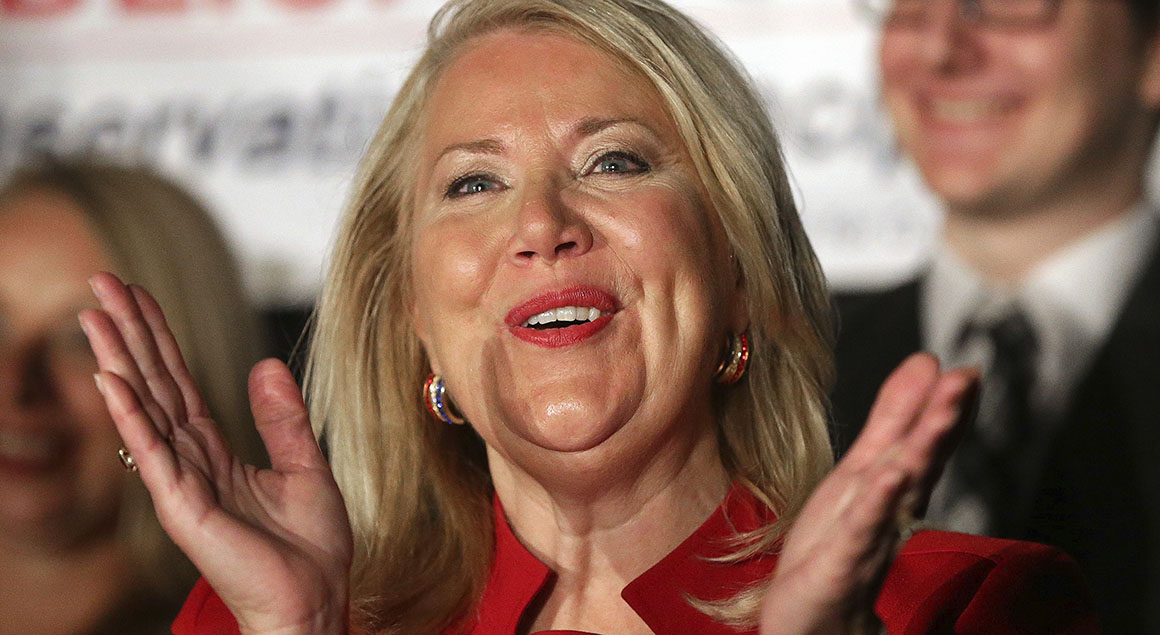 In 2017, Democrats did surprisingly well in special elections in deep-red districts. And even though they lost most of them, the close races served as a warning to Republicans that the midterms would be punishing. For example, now-Rep. Ron Estes (R-Kan.) had a 6-point win in a special election for a seat that Trump won by 27 points the year prior. And now-Rep. Debbie Lesko (R-Ariz.) notched a 5-point victory in a special for a seat Trump won by 21 points.

Democrats seized on those opportunities.

“In 2018, the nights of the special elections we spent on the phone recruiting,” said Sena, who ran the DCCC that cycle. “We used it to create momentum across the battlefield to get people into the races.”