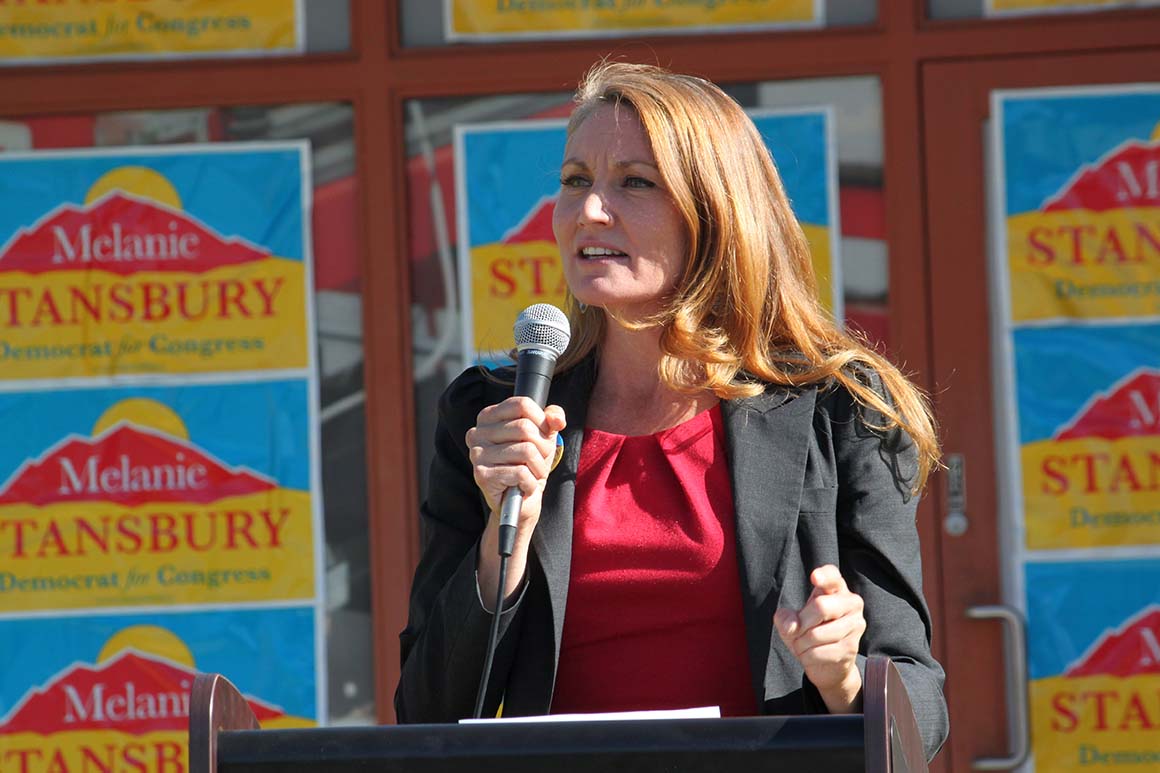 Democrat Melanie Stansbury claimed a resounding victory Tuesday night in a contested special election for Congress in New Mexico, easing her party’s fears of a closer result that could have portended a brutal midterm next year.

Stansbury, a state representative, led Republican Mark Moores, 63 percent to 33 percent, when The Associated Press called the race in her favor, a little more than an hour after polls closed. While that margin was likely to narrow somewhat as additional votes were tallied, Democrats hailed her comfortable win as a sign that their base enthusiasm has not waned and that the GOP’s doubling down on “defund the police” attacks backfired.

“While Mark Moores and the GOP spent this special election doing their best Trump impression, Melanie focused on building our country back better, getting folks back to work, and creating an economy for all New Mexicans,” said Rep. Sean Patrick Maloney (D-N.Y.), the chair of the Democratic Congressional Campaign Committee.

The district, which includes Albuquerque and its suburbs, is deep-blue territory. Now-President Joe Biden carried it by 23 points in 2020 and the former incumbent, Democrat Deb Haaland, won it by 16 points before vacating the seat to become Interior secretary.

Both candidates were nominated by local party officials at conventions. Moores, a state senator and former football player for the University of New Mexico, trailed Stansbury significantly in fundraising and spent far less on TV ads. And neither party committee — or any affiliated outside groups — spent any serious money in the race, a sign that the seat was unlikely to change hands.

The parties used the district as a way to test their midterm messaging. For Democrats, that meant selling Biden’s recovery packages and a brighter post-pandemic future. But Republicans mostly repeated their 2020 strategy of portraying all Democrats as insufficiently supportive of law enforcement.

Moores’ campaign was centered entirely on that message. And while his lopsided loss suggests it didn’t appeal to Democratic-leaning voters in Albuquerque, the GOP hopes it will still be salient in swing districts.

But Democrats now have a template to follow for warding off their attacks. Stansbury responded to the “defund the police” hit by running an ad starring a law enforcement official praising her commitment to public safety funding. She called for a comprehensive approach to criminal justice reform that addresses the underlying causes of crime.

It appears to have worked, even as Moores seized on her initial support of a activist-authored proposal, the BREATHE Act, to paint her as radical and Stansbury never seemed to offer a clear answer on the trail of if she supported some of the more extreme policy prescriptions in the act that called for disbanding ICE and Border Patrol.

The large win by Stansbury is a sign of relief to Democrats who have been facing uncomfortable questions about their base enthusiasm after they were shut out of a runoff in a congressional race in Texas last month. In that race, two Republicans advanced to a runoff later this summer, despite some promising signs that Democrats could compete in the fast-changing Fort Worth suburbs.

Now party recruiters and strategists have a win on which to lean as they turn toward recruiting for 2022. And an encouraging proof point that Democratic voters remain motivated even with Trump out of office.

In an election-night victory speech, Stansbury hailed the win as an endorsement of united Democratic government

“Leaders all across the country have been watching this race because of the leadership of Secretary Haaland, because of the importance to this race for delivering for President Biden’s agenda,” she said.

Speaker Nancy Pelosi will be eagerly awaiting Stansbury’s swearing in, after which she will have four votes to spare as she tries to hold together her thin majority on major votes throughout the summer. There will be 220 Democrats and 211 Republicans in the House, with four vacancies still outstanding.

And Stansbury, who describes herself as a pragmatic progressive, will be joining the Congressional Progressive Caucus. Her win also pads their margins, though she wasn’t explicitly endorsed by some key progressive organizations, such as the Justice Democrats, who waded into an earlier special election in Louisiana.