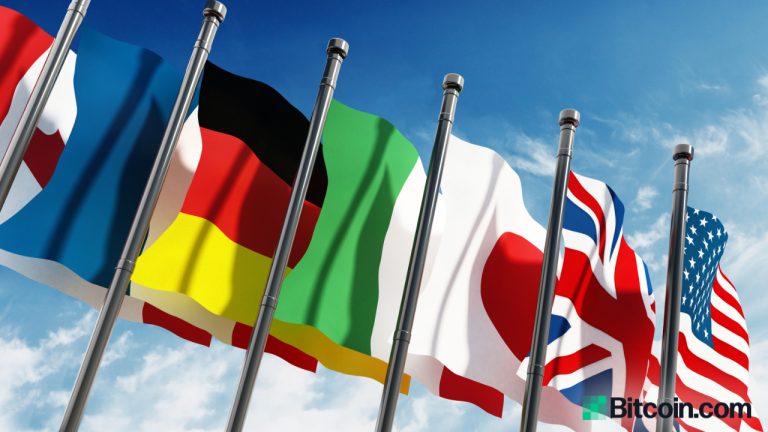 The G7 finance ministers and central bank governors have met and agreed to work towards common principles for state-backed digital currencies and publish their conclusions this year. They said these digital currencies “could act as both a liquid, safe settlement asset and as an anchor for the payments system.”

The G7 finance ministers met in London on June 4-5, the first face-to-face meeting of finance chiefs since the G20 finance leaders met in Saudi Arabia in February last year. The meeting followed the one held virtually on May 28 where the G7 finance ministers and central bank governors attended. The G7 comprises the U.S., U.K., Japan, Germany, France, Italy, and Canada.

Among the topics they discussed was central bank digital currencies (CBDCs), according to the G7 Finance Ministers and Central Bank Governors Communiqué published Saturday.

“Innovation in digital money and payments has the potential to bring significant benefits but also raise public policy and regulatory issues,” the communiqué reads.

Noting that the G7 central banks “have been exploring the opportunities, challenges, as well as the monetary and financial stability implications of central bank digital currencies,” the finance leaders declared: “we commit to work together, as finance ministries and central banks, within our respective mandates, on their wider public policy implications.” They elaborated:

We note that any CBDCs, as a form of central bank money, could act as both a liquid, safe settlement asset and as an anchor for the payments system.

“Our objective is to ensure that CBDCs are grounded in long-standing public sector commitments to transparency, the rule of law, and sound economic governance,” they continued.

“CBDCs should be resilient and energy-efficient; support innovation, competition, inclusion, and could enhance cross-border payments; they should operate within appropriate privacy frameworks and minimise spillovers,” they added, emphasizing:

We will work towards common principles and publish conclusions later in the year.

What do you think about the G7 setting up a common regulatory framework for central bank digital currencies? Let us know in the comments section below.