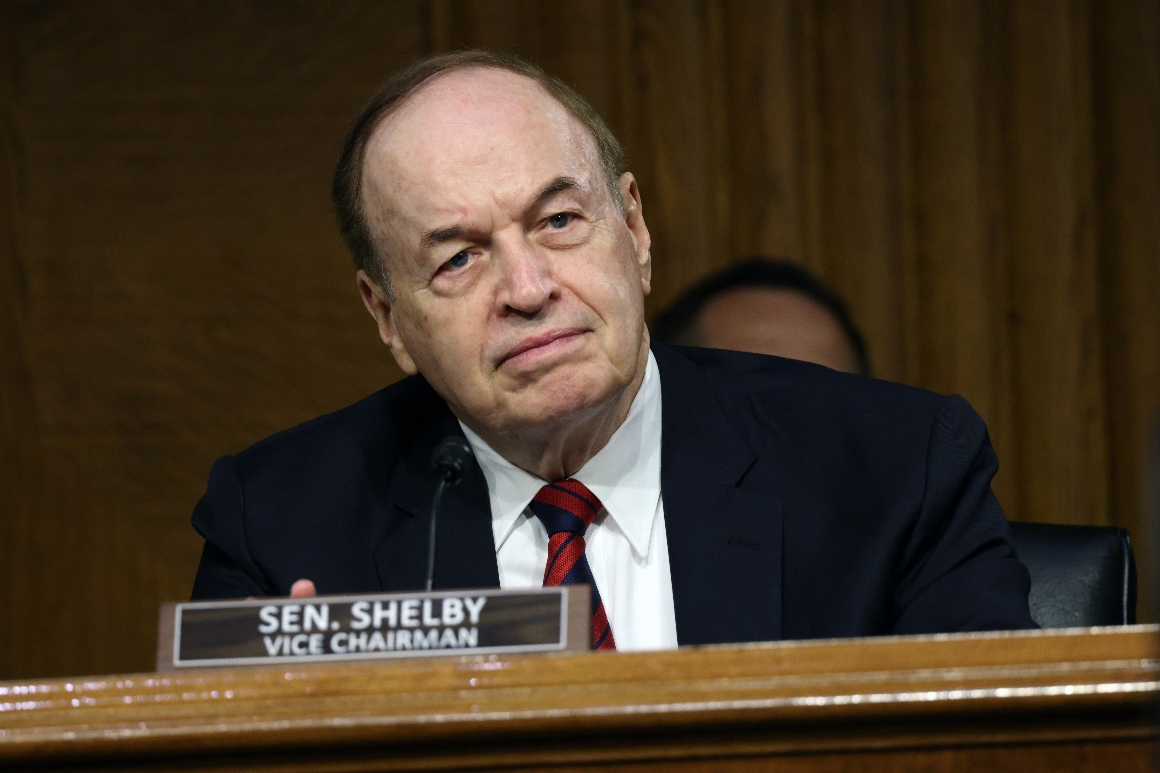 The next government shutdown threat is 15 weeks away, and already top lawmakers assume they won’t strike a deal in time to prevent another funding punt.

Half a dozen senators on the influential Appropriations Committee interviewed by POLITICO seem to have resigned themselves to keeping the government functioning past September using a stopgap funding bill known as a continuing resolution, rather than passing a long-term spending bill. A continuing resolution maintains government funding at current levels — a frustrating but increasingly necessary measure — to ensure the lights stay on but prevents Congress from making desired adjustments to spending.

Congress has failed for well over a decade to meet the Oct. 1 deadline for funding the government, resorting each year to temporary patches that spell budgetary turmoil for the Pentagon, not to mention every non-defense agency at the whim of the fickle spending process. But seldom have lawmakers been so behind in that work as they are this year. And President Joe Biden shares in the blame for the funding stasis.

“I think we’ll be around here in December, trying to fund the government,” said Sen. Richard Shelby of Alabama, the chamber’s top Republican appropriator. “There’s always something that could happen. But there’s no movement at the moment — or maybe focus.”

Unquestionably, the current focus in Washington is talks on an infrastructure bill. Before that, it was the $1.9 trillion pandemic aid package. That single-track strategy is Biden’s style, and funding the government has stayed out of frame, as demonstrated by the new president’s record-setting delay in sending Congress his budget request last month.

“It’s a different time than we’ve ever seen before. Under normal circumstances, we’d have everything locked down now,” said Senate Appropriations Chair Patrick Leahy (D-Vt.).

Congressional leaders have started talking informally about spending levels for the upcoming fiscal year, Leahy said, forecasting the start of Senate markups on funding bills as early as July. On both sides of the Capitol, the revival of the earmarking process is underway. And House leaders envision an even more expeditious schedule for moving their own versions of the dozen spending bills through committee and on to floor passage before the scheduled August recess.

All that summer action is largely meaningless, however, without a bipartisan deal on the government’s two main funding buckets: Military spending and non-defense cash. Yet that debate has hardly begun.

“We’re always talking, and our staffs are talking. But as far as crystallizing engagement — you know, real serious — the answer would have to be no, at this point,” Shelby said. “It’s going to be a long winter.”

Striking a funding deal will not be easy for Biden and leaders of the closely divided Congress. Besides the fact that at least 10 Senate Republicans will need to be on board with an endgame spending agreement, Democrats themselves are significantly at odds over how much to spend on the military.

While progressives like Senate Budget Chair Bernie Sanders (I-Vt.) insist on a Pentagon funding cut, Biden has requested about a 2 percent increase in annual defense spending. And other Democrats are rooting for a more sizable military boost.

Sen. Jon Tester (D-Mont.), who chairs the upper chamber’s defense spending panel, said he is “not happy about” the fact that Biden released his budget request in late May, months after the normal deadline and weeks later than any president has before.

“We’re still analyzing what’s in the budget,” Tester said. “There will be plenty of conversations on top lines for defense, top lines for non-defense, and all that.”

The president’s budget request was so tardy that top lawmakers from his own party began publicly chastising the White House this spring.

“I am deeply concerned about the Biden administration dragging their feet on getting us the damn budget,” House Armed Services Chair Adam Smith (D-Wash.) said in April. “The White House itself is not doing the job they should be doing right now.”

Smith warned then that the federal government would be “guaranteed” a continuing resolution, carrying out current spending levels beyond the Oct. 1 deadline, if the president didn’t send Congress his full budget request by mid-to-late May. Biden’s request then debuted on May 28.

“We don’t have the time to do our job,” the Armed Services chair lamented.

Acting White House budget director Shalanda Young bucked complaints from senators last week that the Biden administration has so far ignored key steps toward funding the government, saying “the budget has always been the beginning of a process.” Young, a former top aide to the House Appropriations Committee before Biden tapped her to lead OMB, added that it’s incumbent on the House and Senate to determine funding after the president’s initial guidance and “it has to be a bipartisan process.”

Lawmakers from both parties contend that it will require more buy-in from the White House to eventually arrive at a funding deal that can pass both chambers and earn Biden’s signature.

“Get the stakeholders — the chairmen of the appropriate committees and the ranking members — and put them in a room with the White House. And pound out a number,” Sen. Lindsey Graham (R-S.C.) said.

Without a similar agreement this year, the House is expected to pass spending bills next month that are smaller than the defense spending total Senate Republicans would support and far exceed the sums for non-defense spending that the upper chamber’s GOP lawmakers would approve. That prospect only underscores the inevitability of an impasse.

“What I’m asking is not to have a House number that nobody is going to accept,” Graham said. “Only after you’ve seen this movie 100 times, wouldn’t you like to have a better ending? We’re headed toward a CR, which is a disaster for the military. It’s just a crappy way to run the government. Like, give me numbers.”