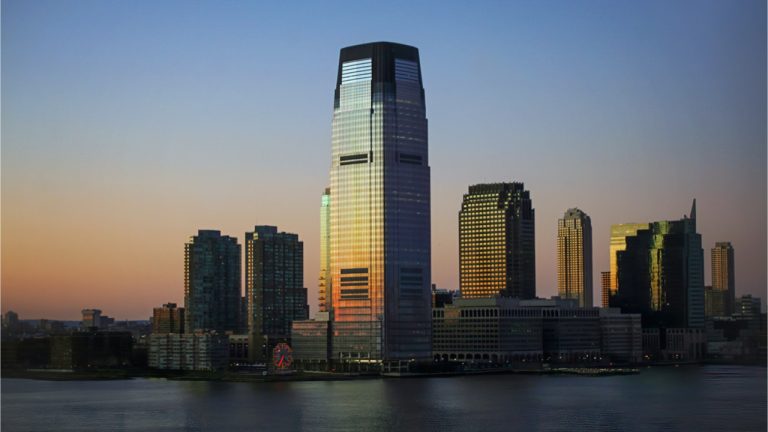 Galaxy Digital’s co-president Damien Vanderwilt announced today that his firm has partnered with Goldman Sachs to help provide bitcoin futures products. The partnership marks one of the first occasions where an American multinational investment bank has partnered with a crypto asset service provider.

Goldman Sachs is trading bitcoin futures products with Galaxy Digital according to statements made by Galaxy’s co-president Damien Vanderwilt during an interview with CNBC.

Galaxy Digital is a financial services and investment management innovator founded by the company’s CEO Mike Novogratz. Vanderwilt explains that Goldman Sachs, the bank with $2.1 trillion assets under management (AUM), may entice other financial incumbents to follow its lead.

“There’s a whole dynamic with the major banks that I’ve seen time and time again: safety in numbers,” Vanderwilt explained during his discussion about the subject. “Once one bank is out there doing this, the other banks will have [fear of missing out] and they’ll get on-boarded because their clients have been asking for it.”

According to Vanderwilt, Goldman depends on Galaxy because regulatory policy stops the multinational investment bank from handling the leading crypto asset directly. Max Minton, head of digital assets for Goldman’s Asia-Pacific region said during the announcement that the bank procures clientele with the assets they demand.

“Our goal is to equip our clients with best-execution pricing and secure access to the assets they want to trade,” Minton remarked. “In 2021, this now includes crypto, and we are pleased to have found a partner with a broad range of liquidity venues and differentiated derivatives capabilities spanning the cryptocurrency ecosystem.”

As More Institutional Players Join the Fray, ‘the Less Volatility There Will Be’

The statements from Minton and Vanderwilt follow the report that said Goldman was prepping to offer ether futures and options swaps. At the time, Goldman said “institutional adoption will continue” in the crypto space.

In mid-April Galaxy Digital revealed it had entered the bitcoin exchange-traded fund (ETF) fray when it submitted its Form S-1 registration with the U.S. Securities Exchange Commission (SEC).

“You’re moving the market participants from being north of 90% retail, a huge chunk of which have access to ridiculous amounts of leverage, into an institutional community, who have proper, tried-and-tested rules and regulations about leverage, asset-liability mismatch, and risk,” Vanderwilt concluded. “The more activity that moves into the institutional community, the less volatility there will be.”

What do you think about Goldman Sachs and Galaxy Digital partnering to offer bitcoin futures to clients? Let us know what you think about this subject in the comments section below.