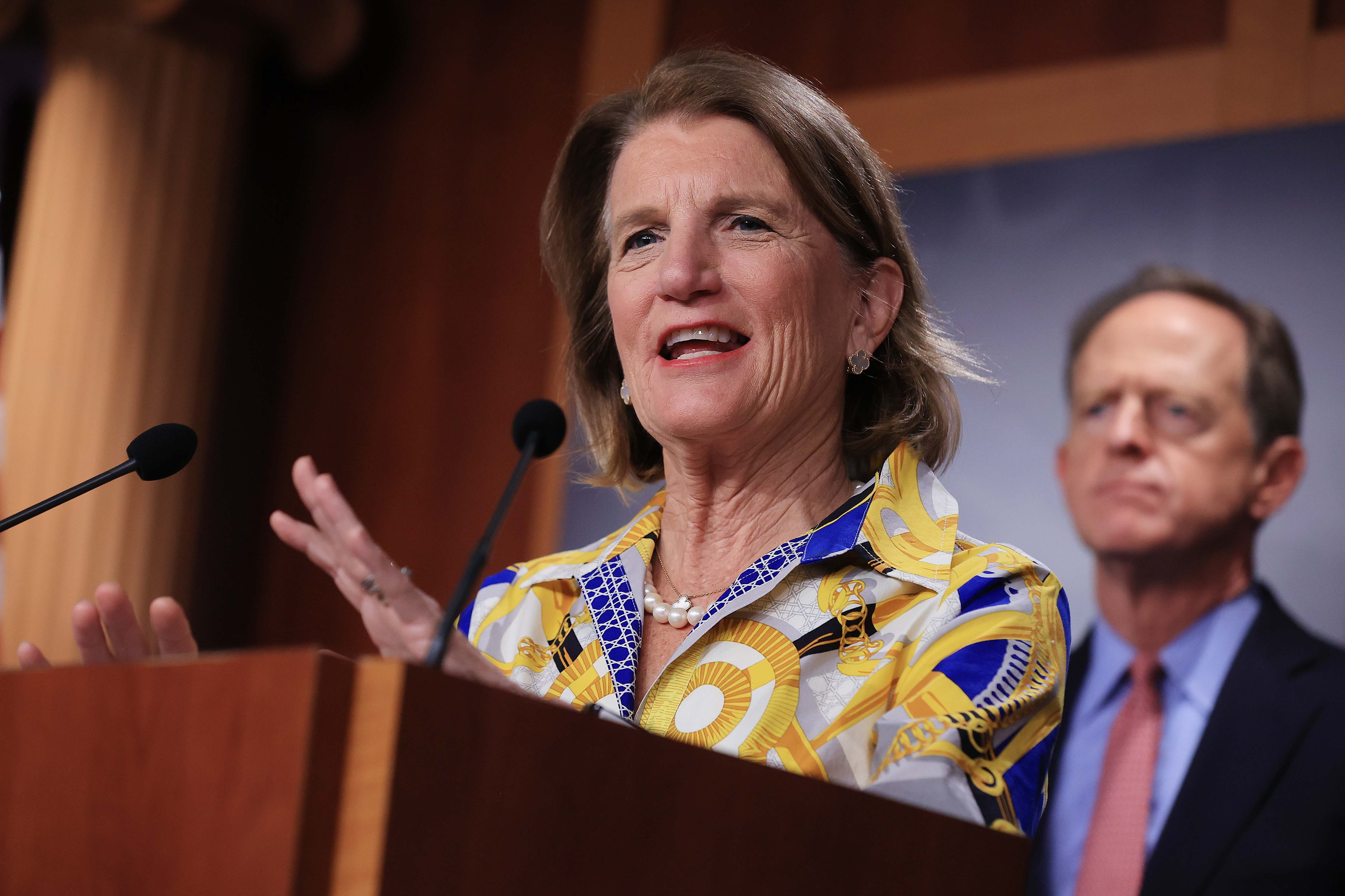 Sen. Shelley Moore Capito (R-W.Va.), her party’s lead infrastructure negotiator, is preparing to come back to the table with Biden tomorrow in the latest round of high-stakes talks that have frozen the White House’s initial $4 trillion proposal on Capitol Hill. The gap between the two sides is massive at the moment — Biden and Republicans aren’t even counting the size of the bill the same way and are approximately $750 billion apart. Their differences appear nearly impossible to bridge right now, according to two GOP sources familiar with the negotiations.

While talks with the Senate GOP drag on, congressional Democrats are making backup plans to advance an infrastructure package this month on their own. Even Democrats who want a bipartisan deal are starting to speak with more urgency.

Sen. Ben Cardin (D-Md.) said on Thursday that his party would give the GOP about 10 days before making moves toward passing a package using budget reconciliation, an arcane process that allows certain spending bills to evade the Senate’s 60-vote requirement. Cardin described Democrats’ strategy as “going as far as we can with Republicans and not delay[ing] it beyond this work period without seeing some action.”

“At any moment it’s very possible that the Republicans say, ‘Wait a minute, you’re either going to do it our way or not doing anything at all,’” Cardin said of the current fragile state of talks. “It’s also possible that Democrats are going to say: ‘You do it our way, or if not we’ll do it ourselves.’ I hope that’s not the case.”

Republicans are skeptical they can muster the willingness to come up significantly from their current offer of about $250 billion in new money over current spending levels on roads, bridges and other infrastructure. Biden wants at least $1 trillion over current levels — a concession from his initial proposal of more than $2 trillion in new infrastructure spending, but a pitch that Republicans still view as a “major backslide” in negotiations, one GOP source said.

During a meeting at the White House on Wednesday, Biden presented a new offer to Capito about how the package could be paid for. Instead of raising corporate tax rates from 21 percent to 28 percent, Biden proposed that negotiators could impose a new corporate version of the alternative minimum tax, set at 15 percent.

The White House crafted that new pitch to avoid crossing the GOP’s insistence on not touching the 2017 tax cuts that then-President Donald Trump signed into law. Its idea would raise money by going after corporations that have used various means to lower their overall tax bills, effectively adding new taxes on those companies.

News of that offer was first reported by The Washington Post. A source familiar with the discussions confirmed the offer but said that Biden had not taken higher corporate taxes off the table with Capito, given that he already has proposed a global corporate base rate of 15 percent. The president was, according to this source, offering his previously floated plan as an alternative to pay for the infrastructure bill.

“This does not mean he is changing his overall positions about the [Trump tax cuts] and wealthy taxpayers and corporations or his overall tax plans,” the source said, adding that Biden had made his suggestion “in the interest of reaching across the aisle and finding a practical agreement, in the context of these negotiations specifically.”

Republicans suspect Biden is still seeking to unravel part of their 2017 tax cut plan, affirming that Biden has not entirely backed off trying to change those policies. And undoing the Trump tax bill is a “red line” in the negotiations, according to Senate Minority Leader Mitch McConnell.

Senate Republicans view the Biden suggestions as amounting to tax hikes, even the proposed new minimum tax. And “we’re not going to be supporting tax hikes,” said a GOP aide.

The negotiating group is led by Capito, who is hungry for a deal, but also includes staunch fiscal conservatives like Sens. John Barrasso of Wyoming and Pat Toomey of Pennsylvania. Conservatives have attacked a China competitiveness bill the Senate is currently considering as spending too much money, leading some Democrats to believe there may not be 10 Republican votes for a large spending package anyway.

Sen. Ron Johnson (R-Wis.), one of the senators fighting the competitiveness bill, said Thursday that the current Republican infrastructure pitch of spending nearly $1 trillion, including current spending levels, over eight years is “too high.” He said at an event in Wisconsin that he probably wouldn’t vote for any infrastructure package beyond repurposing unused coronavirus funds.

As he marshals Republicans against the Biden agenda, McConnell is keeping a close eye on the talks. At an event in Kentucky on Thursday, he said he talked to Capito both before and after Capito’s Wednesday meeting with Biden.

“If we can’t reach a bipartisan agreement I would expect the administration and congressional Democrats to push through a very large package. But that will be extremely controversial,” McConnell said, referring to Biden’s tax proposals.

Meanwhile, Democratic moderates have urged Biden to keep talking to Republicans for as long as he can. With a slim majority in the House and a 50-50 Senate, Democrats need full unity to move forward with any party-line approach to infrastructure.

James Arkin contributed to this report.