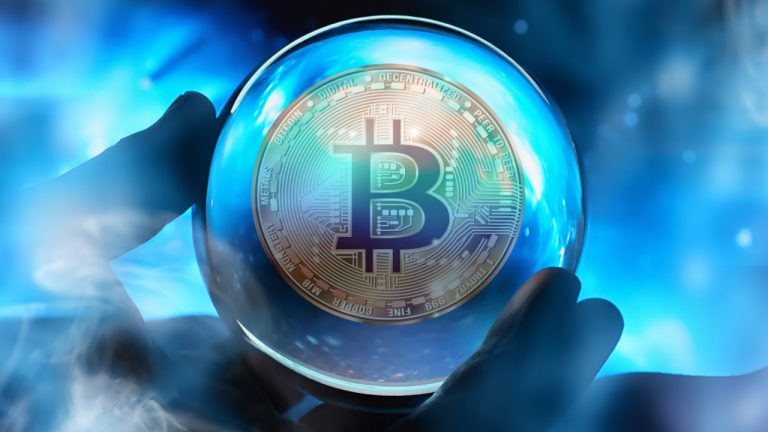 The chief investment officer of asset management firm Guggenheim, Scott Minerd, thinks he knows where the real bottom of bitcoin’s price is. He warns that the price of the cryptocurrency could fall to the $15K level.

The chief investment officer (CIO) of Guggenheim Partners, Scott Minerd, is back with another bearish prediction for bitcoin and a forecast of where the “real bottom” of the bitcoin price is.

He said in an interview with CNBC Friday:

This prediction followed his comment Tuesday on Twitter when he wrote: “Look for more declines in crypto as bitcoin breaks through support. Next likely support level is $20,000.”

Minerd explained Friday that the recent BTC price rally has been supported by significant “central bank liquidity.” He cautioned that bitcoin’s price will fall as that liquidity fades.

The price of bitcoin dipped below the $30K level last week. At the time of writing, BTC stands at $31,583 based on data from Bitcoin.com Markets.

The Guggenheim CIO proceeded to advise that he “wouldn’t be in a hurry” to jump back into bitcoin at $20,000, noting that the cryptocurrency should consolidate sideways for a couple of years before it moves higher. He opined:

I don’t think people need to be anxious to be putting money in bitcoin right now.

Minerd has made several bearish predictions about the price of bitcoin in the near term. In May, Minerd warned of a massive sell-off in bitcoin after alerting investors to a major BTC correction in April.

Despite his short-term bearish forecast, Minerd is bullish about bitcoin in the long run, believing that the price of the cryptocurrency could reach $600,000. “We do a lot of fundamental research. If you consider the supply of bitcoin relative … to the supply of gold in the world … If bitcoin were to go to those kinds of numbers. You’ll be talking about $400K to $600K per bitcoin,” the CIO described.

What do you think about Scott Minerd’s bitcoin price prediction? Let us know in the comments section below.