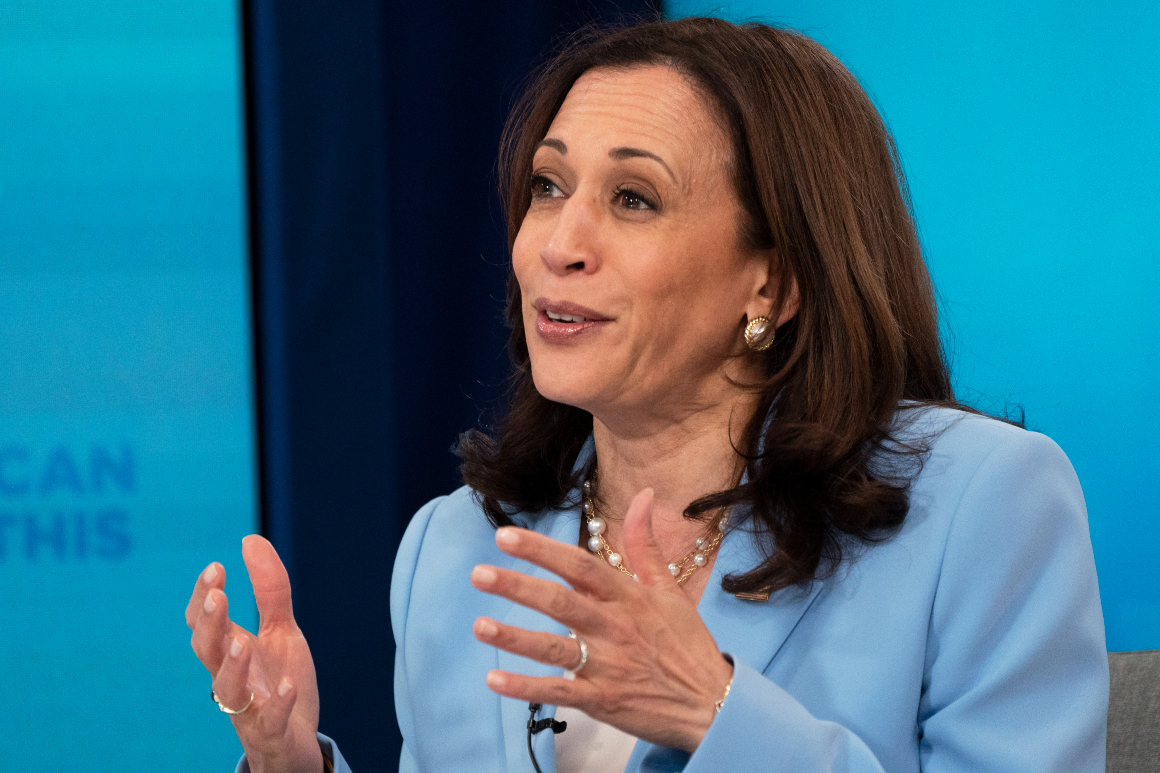 The Biden administration is insisting that Vice President Kamala Harris’ trip to the U.S.-Mexico border today is not about politics.

But the politics of immigration are unavoidable as Harris tours a U.S. Customs Border Patrol central processing facility, receives a briefing and meets with immigration advocates in El Paso, Texas. And allies and fellow Democrats agree the trip was absolutely necessary to put weeks of bruising Republican criticism on the issue behind her — and to serve as a counterpoint to former President Donald Trump’s visit to a different part of the border next week.

“This is a great opportunity for the vice president to be able to talk about the ways in which this administration has undone the damage of the previous administration and put in place something new and better,” said Sergio Gonzales, executive director of Immigration Hub, and former Harris senate aide. “If they don’t tell that story, Republicans will fill the vacuum with their own story.”

The GOP gleefully labeled Harris the “border czar” after President Joe Biden tasked her with finding solutions to the crises in Central America driving migrants to attempt to seek refuge in the United States. Aides continued to press for months that Harris wasn’t focused on the border but rather the root causes of migration, and insisted she wouldn’t go there just for a photo-op. They also said Harris would be visiting the border at some point, but on their own terms.

But the question of when she would go to the border dominated the news coverage of her trip to Guatemala and Mexico earlier this month, particularly after she impatiently waived off the question in an interview with NBC’s Lester Holt. “And I haven’t been to Europe,” Harris said. “I don’t understand the point that you’re making.”

Symone Sanders, the vice president’s senior adviser and chief spokesperson, said Harris was visiting the El Paso section of the border because it was where Trump’s family separation was piloted and “has an important story to tell. It is an important part of what is happening at the border writ large and important progress has been made.”

Two people familiar with the situation added that part of the reason is also because El Paso is in less of a crisis than other areas. “It’s a much more secure location than the Brownsville area or some parts of the Arizona area,” according to a former Obama official who is close to the Biden White House. “And so if you’re trying to show that the border is secure, you would be much more likely to go to El Paso.”

Still, the overall number of border crossings remains high. More than 180,000 were recorded in May, only a slight increase over April but the most since March 2000, according to Customs and Border Protection statistics.

The Biden administration has continued to use a Trump-era policy, often dubbed Title 42 in reference to the U.S. code, to effectively seal the border, arguing migrants could pose a health risk during the Covid outbreak. The numbers of crossings are expected to surge when Title 42 is lifted.

Republicans have already seized on that point, accusing Harris of choosing to go to El Paso because Escobar has been more supportive than Democrats who represent the Rio Grande Valley, including Reps. Henry Cuellar and Filemón Vela. 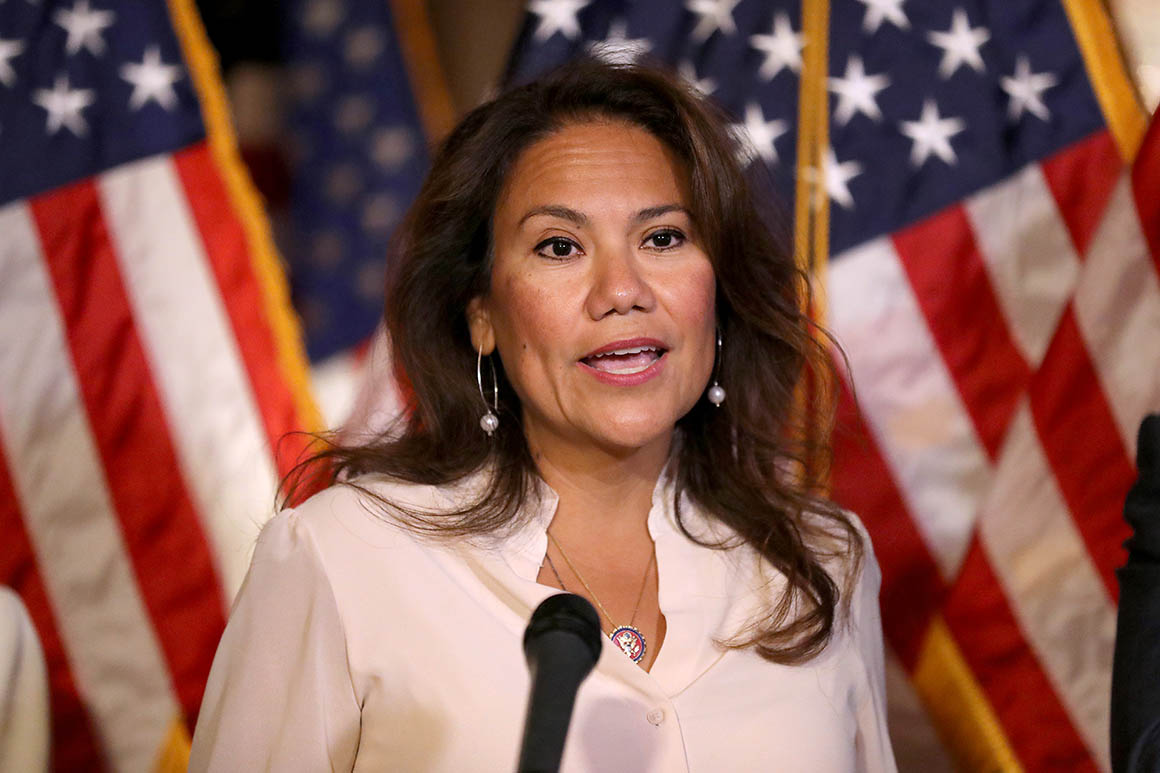 GOP critics also say the timing of the vice president’s trip was no coincidence: They think Harris was just trying to get down there ahead of Trump, who is set to visit McAllen, Texas, 800 miles away, on Wednesday with a group of House Republicans and Republican Texas Gov. Greg Abbott. And they were quick to credit the former president for putting pressure on the VP over the issue.

“It’s clear the sole reason Kamala Harris is going to the border is because President Trump announced his trip. No one disputes this,” Trump spokesperson Liz Harrington said. “That’s not leadership, that’s political panic.”

A person close to Trump said Republicans are closely watching whether Harris will meet with rank-and-file border agents and whether their comments will be released to the public or visible by the media.

Sanders batted down questions on the timing of the trip, saying it was scheduled today because the timing “made sense” for Harris and folks on the ground.

“This administration does not take their cues from Republican criticism, nor from the former president of the United States of America,” Sanders said.

White House aides instead insist that the visit is a natural extension of Harris’s foreign trip. “It’s totally natural for someone working on these issues to [have] gone abroad and engage with these countries overseas to now come back and be like, ‘OK, what does this irregular migration look like on this other end? And what are some things that we need to keep in mind going forward?’” one administration official said.

But even some White House allies say the Trump factor was part of the calculation.

“Nothing will make Joe Biden’s border policies and immigration policies seem more popular than if Donald Trump makes himself the contrast,” said an immigration advocate close to the White House. “Trump’s immigration policies were a huge drag on the Republican Party in 2017, 2018 and 2020. I truly can’t think of anything that’s more useful for the White House politically, when it comes to the border, then if Donald Trump wants to remind people like what he did down there, and that they hated that.”

In a new memo obtained by POLITICO, three immigration groups — Immigration Hub, America’s Voice and Fwd.com — noted that voters approve of Harris tackling the issue but that the administration is failing to get the message out on what it’s doing on immigration.

Biden’s approval rating on immigration was just 36 percent, with 57 percent disapproving, and his marks on how he’s handling the situation at the border is similar, 35 percent to 54 percent.

But the polling, conducted just before Harris went to Guatemala and Mexico, indicates immigration could be politically helpful to Democrats if they can better explain their policies.

“Democrats and the Biden administration are realizing this is a politically losing situation for them to continue to ignore the crisis at the border,” said Rep. Jim Banks (R-Ind.), head of the Republican Study Committee. “And President Trump forced their hand. Vice President Harris wouldn’t be going if President Trump wasn’t going next week. Without a doubt.” 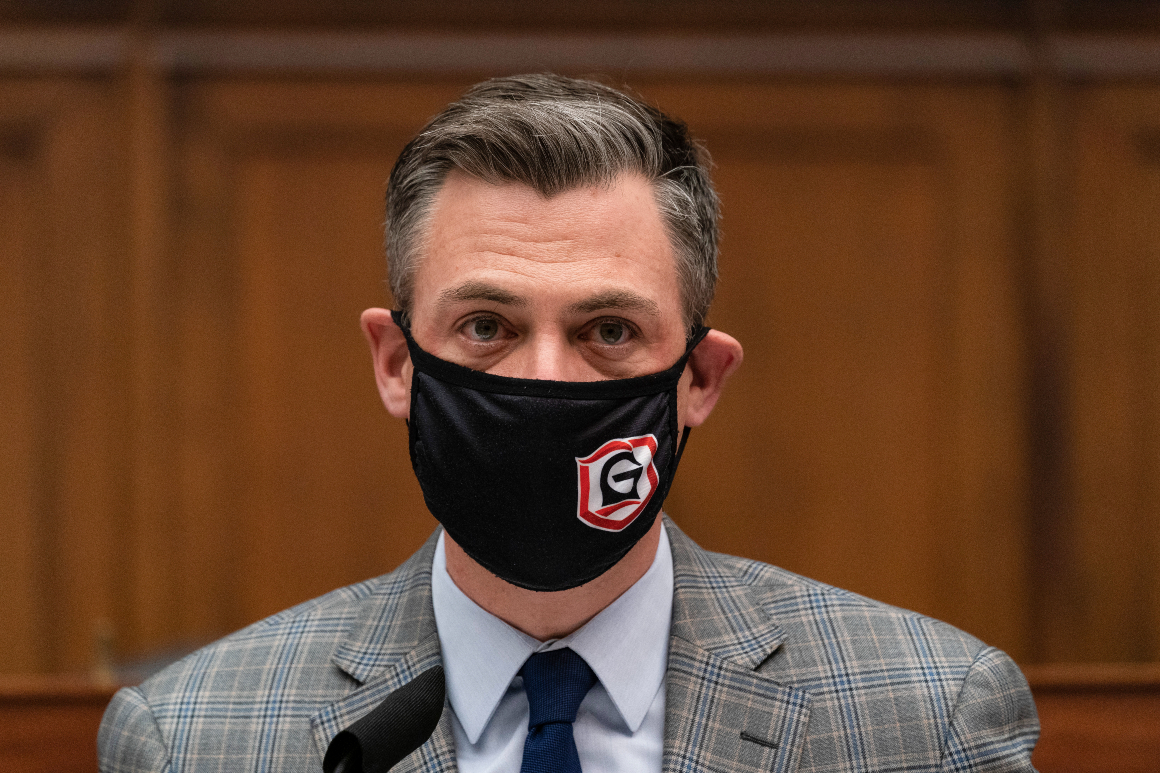 Yet Republicans clearly plan to keep pounding hard on the immigration issue, which is red meat for their base. Some Republicans even took a victory lap yesterday amid the Harris border trip news.

At least one Republican, however, welcomed the news with open arms — and sans snark. “I hope she’s going there to solve the problem,” said Rep. Claudia Tenney (R-N.Y.). “Which would be great. It’s a good step.”

Administration aides say the trip does not signal a portfolio change for Harris. Sanders says Friday “will inform this root causes strategy that the administration will release in the coming weeks.” But aides also know the trip isn’t going to stop Republicans from continuing to paint Harris as the border czar.

Allies, however, are hoping the trip does help clean up some of the political criticism Harris garnered after her trip to Guatemala and Mexico earlier this month.

“If the vice president with a record in immigration is a child of immigrants who can be an incredibly historical and inspiring figure shows up, and stays true to that, then it’ll be a complete win for her against all conventional wisdom. If ‘don’t come’ vice president shows up, then this is going to be a problem,” said a person in touch with the White House about the trip.