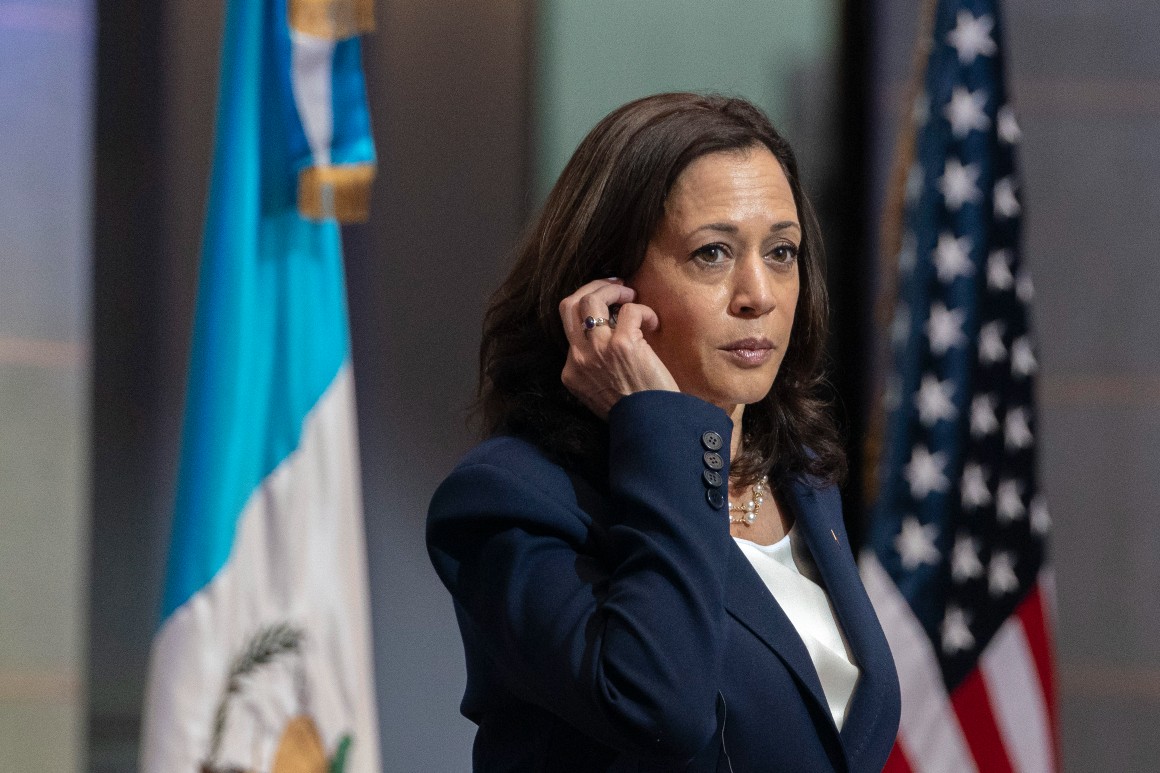 Vice President Kamala Harris on Monday sought to deter migrants from trying to cross into the U.S., issuing her warning during a bilateral meeting with President Alejandro Giammattei in Guatemala.

“Do not come. Do not come,” Harris said during her first major address abroad, which she delivered in English. “The United States will continue to enforce our laws and secure our border.”

The vice president’s message was in line with what other officials throughout the Biden administration have tried to convey for months in the face of an influx of people trying to enter the country along the southern border.

The issue has largely persisted, however, and the situation has been one of Republicans’ go-to criticisms of President Joe Biden during his first five months in office. It’s also one of several thorny political problems Harris has been tasked with as she seeks to carve out an influential role for herself within the White House.

“There are legal methods by which migration can and should occur,” Harris continued in Guatemala City. “And I believe if you come to our border, you will be turned back. So let’s discourage our friends, our neighbors, our family members from embarking on what is otherwise an extremely dangerous journey.”

At one point the vice president directly referenced GOP detractors of the administration’s approach to have her be the point person overseeing efforts to stem the migration of thousands from Central America and Mexico by addressing the “root causes” that push people to leave their home countries.

“This is one of our highest priorities, and I came to be here on the ground, to speak with the leader of this nation around what we can do in a way that is significant, is tangible and has real results,” she said. “And I will continue to be focused on that kind of work as opposed to grand gestures.”

Harris said that U.S. officials “have good reason to believe we can have an impact” addressing the issues in Guatemala and others in the region.

At the same time, the White House has sought to manage expectations for what will be accomplished on Harris’ two-day swing through Guatemala and Mexico, a trip that was sidetracked for several hours Sunday because of mechanical troubles with Air Force Two that forced the vice president and her delegation to switch planes.

Harris also spoke about the Biden administration’s plans to share its supply of Covid-19 vaccinations with Guatemala and other countries, as well as the need to “give people a sense of hope” that conditions can improve.

Earlier Monday, the Department of Justice announced the formation of a task force targeting human trafficking and corruption in Mexico and the so-called Northern Triangle countries of Guatemala, El Salvador and Honduras.

“We understand this is about international crime,” Harris said of the initiative during her remarks. “We have to follow the money and we have to stop it, and that’s what we intend to do.”

Corruption is a substantial problem within Guatemala, and Giammattei became testy when asked by reporters during the event whether he could be relied on to join in the anti-corruption effort.

“How many cases of corruption have I been accused of? I can give you the answer: Zero,” he said, according to the pool report of the exchange.

After wrapping up in Guatemala, Harris is scheduled to meet with President Andrés Manuel López Obrador of Mexico and join a handful of roundtable discussions before returning to Washington.