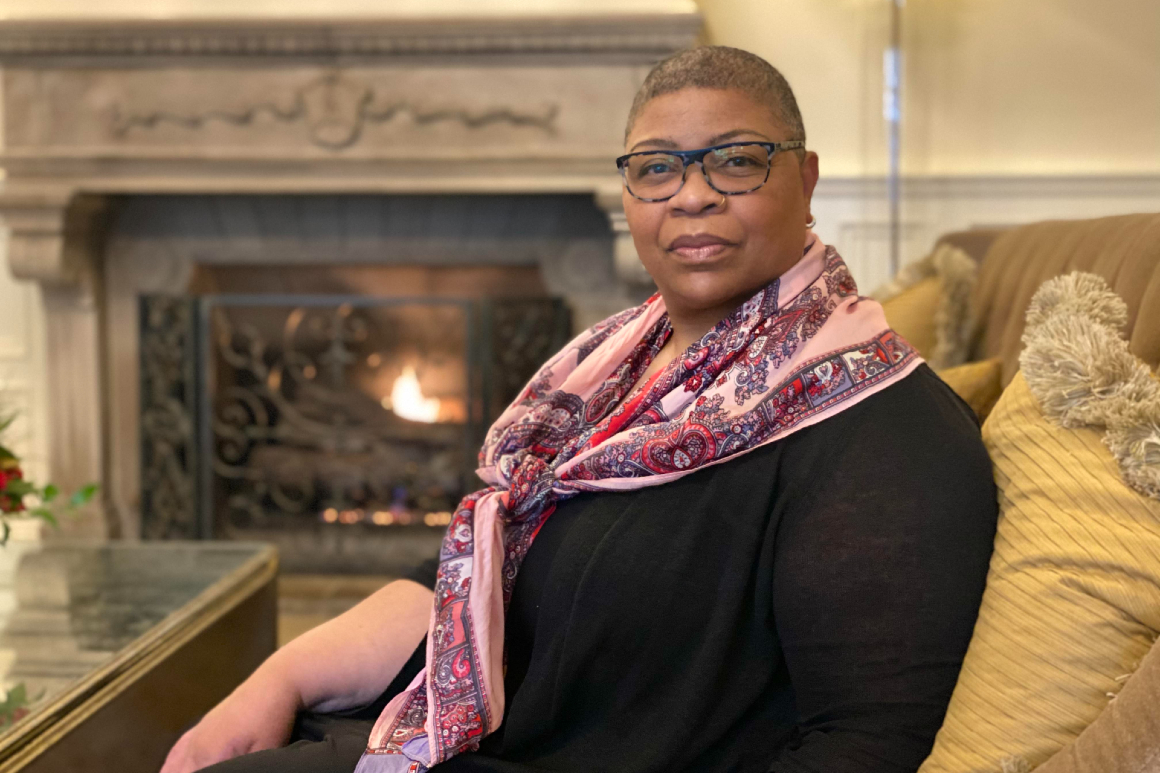 BLACK WALL STREET, TULSA, Okla. — One hundred years after the Tulsa Race Massacre, Anneliese Bruner walked into the wine cellar of The Chalkboard restaurant in the city where it all took place. At first glance, Bruner is a pretty unassuming 62-year-old: average height, a close cropped salt and pepper fade and a nose ring.

She walks ramrod straight with the edges of her black cardigan floating behind her. But behind her black and white tortoiseshell glasses, you can see the weight of history and responsibility.

When Bruner was 34, her father handed her an old red book with the words “Events of the Tulsa Disaster by Mrs. Mary Jones Parrish” emblazoned on the front in gold. He looked at her and explained that it was a book written by her great grandmother. He told her, “I want to see if you can do something with [it].”

Bruner recalled being confused at the time. Over sips of mint tea Sunday morning, she said she had never heard of any big disaster in Tulsa, let alone one that her great grandmother had any connection to.

She wouldn’t open the book until she got back home to D.C., where she’s a writer and consultant. But when she did, she was consumed by the pages.

“I read it in one sitting because it is, although very complete, it’s sparse. But how many words do you need to describe some horrible thing like this that has happened?” Bruner said in an interview. Though she is talking about one of the most painful parts of American history and her own, Bruner rarely seems sad or upset. At this point, she is mostly determined.

Like virtually all Americans, Bruner’s exposure to the Tulsa Race Massacre of 1921 came only recently. Though her ties to the day are more personal than most, she was largely unaware of the worst acts of racist terrorism in American history. That is changing now, as President Joe Biden on Tuesday will become the first president in history to commemorate the tragedy in Tulsa, in which a mob of white people descended on the bustling, all-black 35 blocks of the Greenwood District known as Black Wall Street, burned more than 1,000 shops and homes and murdered hundreds.

Before his trip, the administration announced initiatives it says will work to narrow the racial wealth gap including addressing inequities in home appraisals and a goal to ensure the share of federal contracts that go to “small disadvantaged businesses” to 50 percent over the next five years. 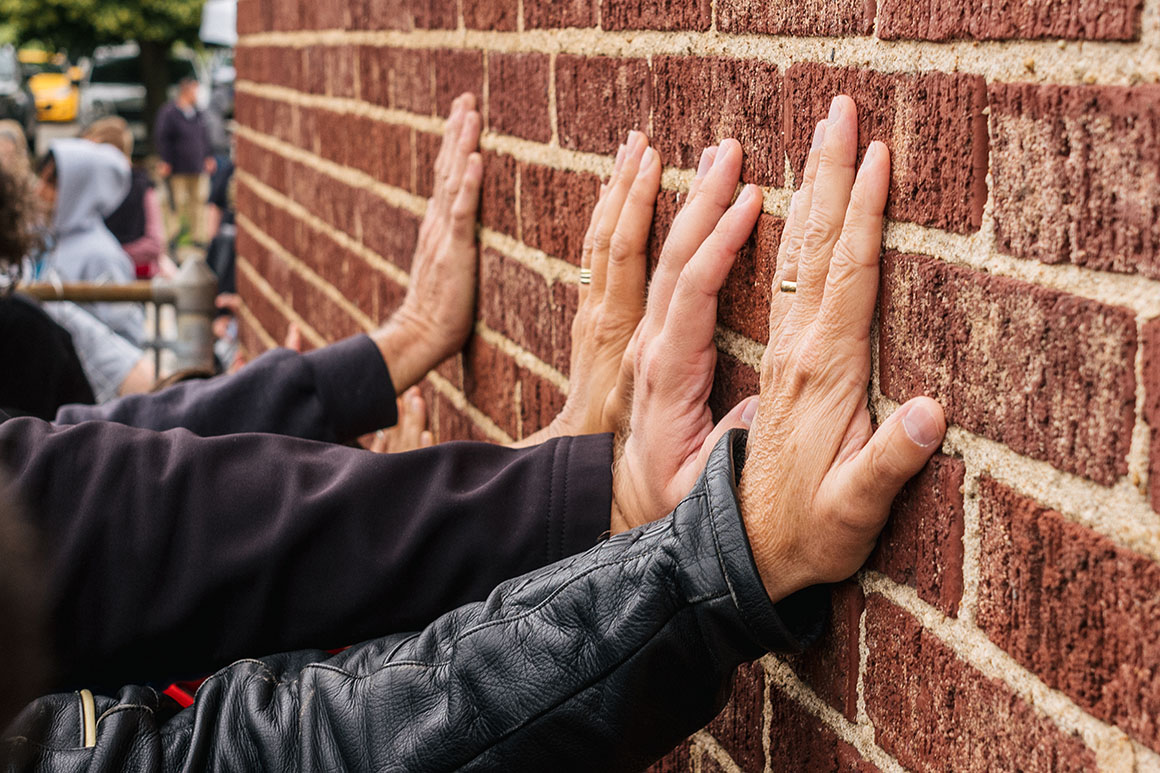 Tulsa residents welcome Biden’s trip, knowing that more attention is only good for the movement pushing for reparations for the descendants. Just as important, they know a presidential visit makes the Tulsa Race Massacre harder for the country to forget, hide or ignore.

Bruner will watch the president’s speech from her hotel room in Tulsa with her daughter. She’s hoping Biden’s visit and speech not only brings attention but also gives lawmakers “space and cover they need to begin the cash reparations conversation in earnest.”

“He can be the transformational President the country needs to open the pathway to full, cash reparations for our bondage on American soil,” she said.

It will be a more visceral moment for her than for most others. Bruner learned that her great-grandmother Mary Jones Parrish and grandmother Florence Mary fled their home, and Mary wrote what historians say is the first and possibly only comprehensive first-person account of the event.

Parrish was an educator in Tulsa, founding the Mary Jones Parrish School of Natural Education on Greenwood Avenue where she taught typewriting, among other things. She fled the city for Muskogee, Okla. But unlike many, she returned to Greenwood after the massacre and was asked by an interracial commission to interview survivors. Her book with those interviews was published in 1923, though just a few copies were printed.

“It’s a very unique feeling to look back, read the account and see the very moment when they stepped out onto the street where my existence was in the balance,” Bruner said, her arms crossed at the wrists. “I can look right at the moment when perhaps my small grandmother was snatched from the earth by a stray bullet. It’s chilling. I would not have existed. My children would not have existed.”

That work is well underway. Nearly thirty years after Bruner’s dad handed her Parrish’s book, it’s been re-issued with an afterword from Bruner. And on the anniversary of George Floyd’s murder last week, Bruner and her two adult children came to Tulsa for the very first time for the centennial marking the massacre. Bruner finds herself one of the hundreds of descendants, activists and historians pushing to make sure the desecration of Black Wall Street is a part of a renewed conversation on race relations in this country.

Her first week in Tulsa felt like “coming home,” she said, and the entire experience of strolling down Greenwood Avenue 100 years after her foremothers fled has been surreal.

“[It’s] where she would have walked, holding her little girl’s hand, my grandmother’s hand,” Bruner said. “It feels grounding. I’m happy about it. I don’t feel a sense of loss at all. I feel invigorated.”

Bruner feels that way now but admits being frustrated that her father and grandmother kept such a big event and connection from her for much of her life. Parrish actually lived until the early 1970s and Bruner had no clue. She said she’s working to figure out why but assumes that at some point there may have been a rift between mother and daughter; both her father and grandmother have already passed.

“This is a decision. You don’t just accidentally forget to tell somebody that this went on. You’ve decided to be close-mouthed about it,” Bruner said.

It’s not just Bruner’s family who didn’t pass the story of the massacre and Black Wall Street from generation to generation. Historian and author Scott Ellsworth, who spent decades studying his hometown’s atrocity, said it was common for most of the descendants to simply not discuss what transpired that day.

“I know descendants who are my age, who grew up in Greenwood, whose grandparents lost their businesses and homes that didn’t learn about the massacre until the ‘80s or the ‘90s,” Ellsworth said in a conversation that spanned two hours and included Oklahoma BBQ. “The survivors didn’t want to burden their children and grandchildren with these traumatic stories [just] like World War II vets don’t like to talk about it. You know, it’s just ‘we’re not going to talk about that trauma. We want to move ahead.’”

Ellsworth, a white native Tulsan, said while Black people were quiet about the massacre to protect their family from trauma, the white politicians, law enforcement officials and even some of the newspapers at the time participated in an active coverup. Official records were destroyed or stolen, articles were cut out of bound volumes of newspapers to try and sanitize the history to benefit the city after it landed in newspapers around the world at the time. 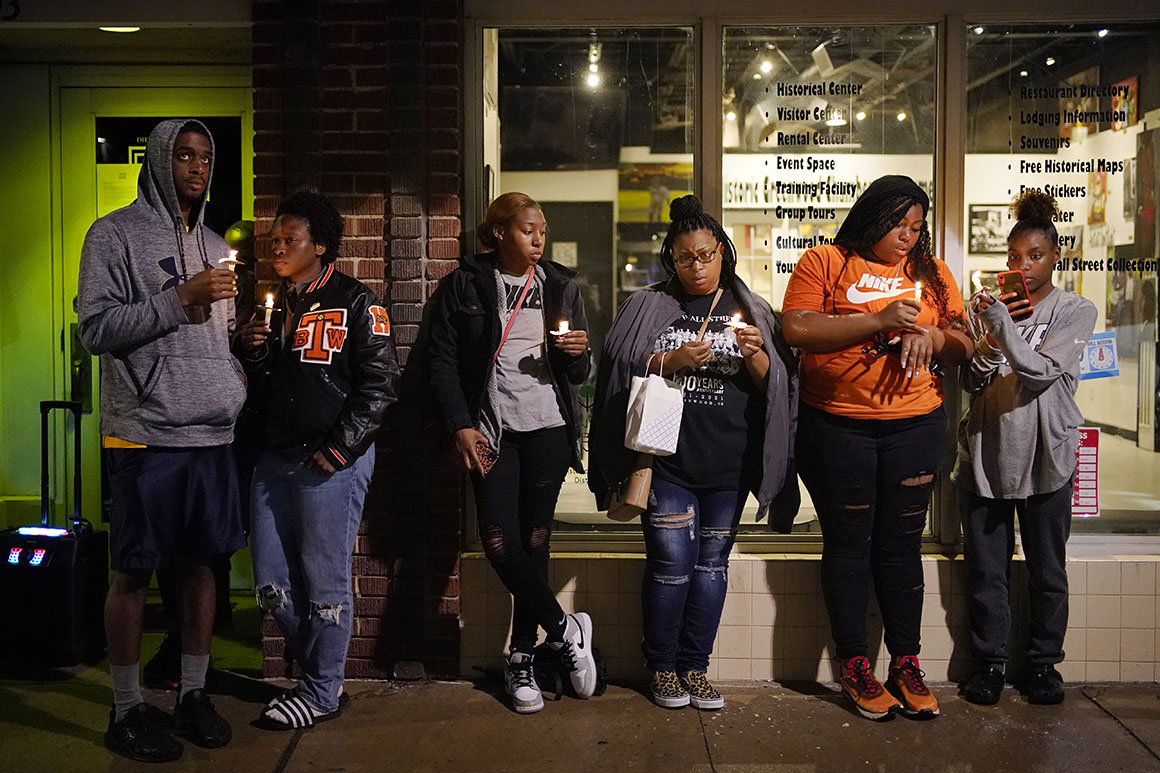 “They realize this is a big PR problem because they’re boosting the city. They want it to grow and grow. And these stories of destruction and martial law and train service being interrupted, they realized that was a problem. So they tell the world that white Tulsans are ashamed of this and we’re going to rebuild the Black community and they don’t do that at all,” Ellsworth said.

Ellsworth remembered being twelve and playing with a microfilm machine at a library when he saw a huge headline: “75 killed in race riot.” The next one: “martial law declared.” He wrote his senior college thesis on the massacre using maps and old phone books to trace descendants and survivors. His first book on the subject was “Death in a Promised Land.” It was published in 1982. He said that’s roughly when people started to talk about the event more, and noted that it was the second most stolen book out of the Tulsa library system.

“People didn’t want it available or they wanted it so bad to learn,” so he sent a box every year so they could restock.

In fits and starts, the story of the Tulsa Race Massacre began to receive more attention from leaders, politicians and even Hollywood. All the while, Tulsans begin to talk about what happened more, working to find descendants and, most importantly, survivors. Today, there are three left: siblings Viola Fletcher, 107, and Hughes Van Ellis, 100, and Lessie Benningfield Randle, 106.

Tulsans will tell you that over the last two years, key events have forced Americans to begin to come to terms with what happened a century ago.

First, the HBO show “Watchmen” opened the first episode with the Tulsa Race Massacre: Families fleeing, buildings burning and Black people being murdered. The event is central to what has become a hit TV show, which also features something activists are fighting for to this day: reparations to the descendants.

Then there’s former President Donald Trump’s decision to hold his first campaign rally since the start of the Covid-19 pandemic in Tulsa on June 19, 2020, or Juneteenth, a day that celebrates the emancipation of African Americans from slavery. In the midst of anti-racism protests across the world, the decision drew intense backlash. The Trump campaign delayed the rally until the following day, just miles from the Greenwood district.

“We just started mobilizing. We’re like “we’re about to throw the biggest Juneteenth we’ve ever had. It was huge and it was successful and it was a very diverse crowd. So we were America,” Frank said. “That’s when people were like, ‘oh, we need to help them.’”

Then came another turn. In October 2020, an investigation for mass graves of victims actually found one — at least 12 coffins buried in the Oaklawn Cemetery. The exhumation process began Tuesday, the day of Biden’s visit, and is expected to take weeks.

Ellsworth is part of the team that found the graves. “We have kind of one shot at doing this. They’ll be able to determine age, gender, racial characteristics, cause of death. But the idea is this isn’t going to become somebody’s dissertation. The idea is to get the information as quickly as we can. And then have them reburied with honor,” Ellsworth said. “The community would like that to happen in Greenwood, which I hope it does.”

Over the Memorial Day weekend, hundreds have flocked to Tulsa for a slate of events surrounding the Greenwood District, culminating in Biden’s remarks. The president is set to tour the cultural center, meet with survivors and descendants and speak in the afternoon.

Sitting in the wine cellar, Bruner said both Biden’s visit and the visit of his Attorney General Merrick Garland earlier this year mark “the introduction to the conversation.”

“Now we’re moving on to the real story, the real action, the real opportunity,” Bruner said. She considers Tulsa the crucible to the ever-changing conversation about race in this country: from policing to education to housing to healthcare.

“Basically these are the same issues that we’ve been grappling with since the founding,” said Bruner. “One of our greatest strengths is the fact that we are not a homogeneous society, but it’s also our greatest challenge. In many ways, we struggle to get past this. But it’s not a matter of getting past it. It’s a matter of deeply enmeshing yourself in this issue and working it out.”