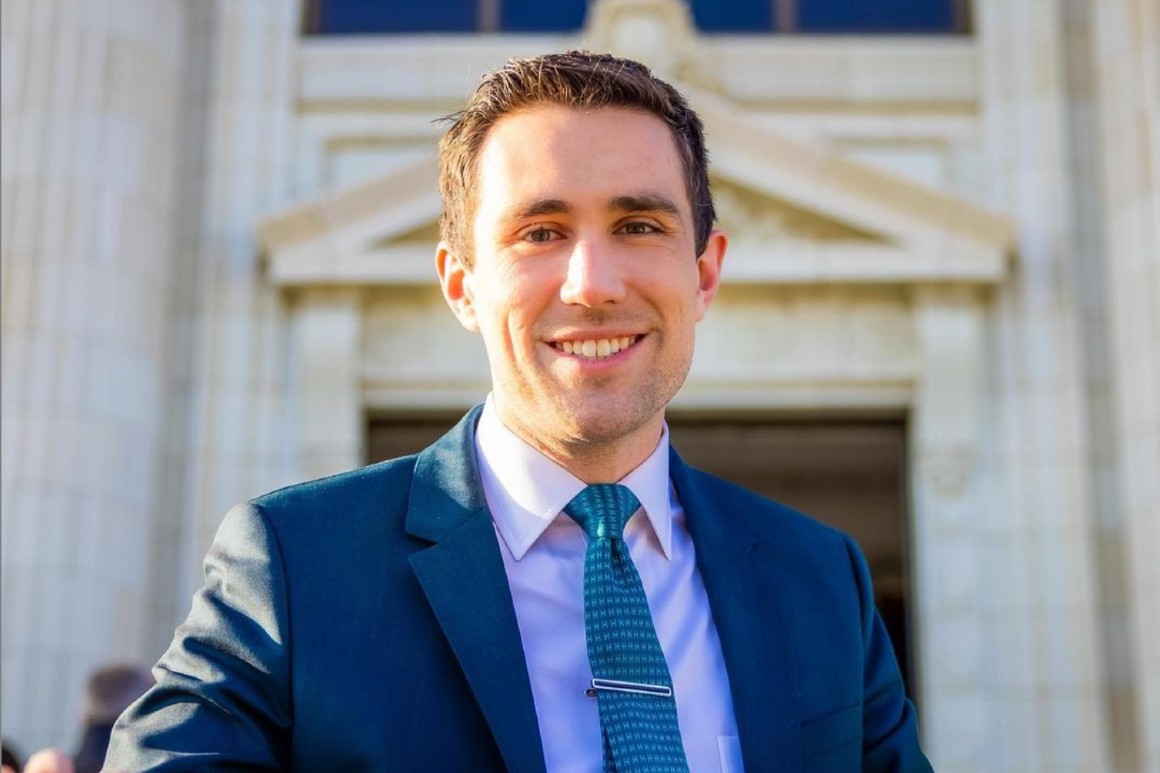 Paffrath, a hyperenergetic real estate executive, is churning out campaign messages daily to the 1.65 million subscribers of his popular “Meet Kevin” channel — a shift into politics from the past parade of motivational talks and real estate sales advice that has earned him a big millennial following.

The recall not only gives candidates like Paffrath another opportunity to get their name out but throws off endless ideas for content to generate views. Paffrath already has issued 20 detailed position papers — and multiple videos — that include ending homelessness in 90 days through executive powers; legalizing in-person and online gambling in California; and building 500,000 homes in a year.

“It’s kind of an ‘if you build it, they will come’ model,” Paffrath said of his Democratic gubernatorial campaign. “You have to figure out how to inject yourself into what the conversation of the day is and provide a perspective that’s unique.”

Paffrath’s success underscores how 67 candidates — and counting — are furiously jockeying for voter attention. They can only hope to compete with a governor who’s maximizing the benefits of his bully pulpit through official appearances across the state and proposals to spend $100 billion in unexpected state and federal funds, including $600 stimulus checks.

Newsom is in strong position to survive, based on recent polls. The state’s emergence from the coronavirus with one of the nation’s lowest infection rates — and life returning to normal next week as restrictions lift — has made it ever more difficult for a field of candidates to get noticed by voters.

Besides Newsom, Republican reality TV star Caitlyn Jenner has received the lion’s share of attention in the recall and big play in national media outlets despite a poor showing in polls.

But former adult film star Mary Carey, a political independent with 800,000 Instagram subscribers, is also among those hoping to harness social media. Carey also ran in the 2003 recall — 16 months before YouTube launched. While most other candidates have scant followings on social media, Republican Major Williams has 46,500 followers on Facebook and 22,000 on Facebook, getting a boost in January when Joe Rogan praised Williams’ ideas on his podcast.

Paffrath may be little known to the older demographic that reliably votes in elections, but YouTubers are gaining legitimate fame among younger media consumers. His loyal followers are largely “in the 28-35 range,’’ which he says is “a little older” than most YouTube aficionados in their teens and early 20s. His YouTube clout trounces any online following of conventional gubernatorial candidates like former San Diego Mayor Kevin Faulconer, former House Rep. Doug Ose and businessperson John Cox.

Elsewhere, two young star YouTubers paid the 10,000-pound fee to run for mayor of London. Niko Omilana, 23, with 3.4 million subscribers, and Max Fosh, 26, with 480,000 online fans, didn’t come close to beating incumbent Sadiq Khan. But marketing experts say they won where it counted — using the run as a springboard to gain more subscribers for their YouTube channels, numbers that can end up paying off in advertising or an endorsement deal.

With nothing to lose, YouTubers have offered a barrage of more intimate “let’s just talk” sessions and rapid-fire motivating talks. In some cases, pranks, music and slice-of-life offerings give audiences a feeling of knowing the candidate like a next-door neighbor.

But deep-blue California may be particularly skeptical of anyone trying to use social media as a campaign launch pad after watching former President Donald Trump do the same — all the way to the White House.

Democratic strategist Katie Merrill said a growing gaggle of YouTube sensations and social media wannabes could help Newsom make his case to stay in office. Merrill said most voters take the issues at stake seriously — and have no patience for amateurs, perennial candidates or online jokesters treating the election as an entertainment venue.

“They’re completely under the radar … but the more it looks like a circus, the more it helps Gavin,” she said. “Ultimately, the more candidates that are known to these very narrow segments of voters all benefit the governor.”

And candidates working mostly in the social media space admit they’ve got very different goals in getting into what’s become a furious partisan battle over California’s political future. Keeping their fans’ interest throughout the campaign can translate into far more than votes; YouTube views drive advertising revenue, while swag can generate more dollars. Not to mention the benefit of building a brand beyond the election.

Carey said she doesn’t personally support the recall, but wants to spotlight issues that matter to her, like homelessness. She also noted that her fans are “buying everything, T-shirts, even aprons.” Her website features dozens of “Mary Carey for Governor” items with her racy bikini photos. This week, she’s promoting her first official campaign event at a strip club in Marysville, just north of Sacramento.

In the selling arena, no California gubernatorial candidate can yet top Jenner, who has 11.1 million followers on Instagram and 3.4 million followers on Twitter. The reality TV star launched her gift shop before she posted an issues page and has no fewer than 41 different products bearing her name. They range from a $55 women’s “dry wick polo” and $35 wine glasses to a $30 poster that include her portrait.

That’s prompted increasing criticism that candidates like Jenner — who’s barely at 6 percent in the polls— are using the recall primarily to pump up themselves.

“What’s occurring in the race here in California is devaluing the position of government — devaluing the role of elected leaders, and faith in the process … now that anybody with a YouTube channel and $4,000 can simply make more money by throwing their hat in the ring,” said Sam Singer, a longtime public relations and marketing expert in San Francisco. “It’s click politics — and politics has become a click farm in order to make money for the individual — not to make the world a better place.”

Lee Houskeeper, another veteran San Francisco press agent, said YouTubers and social media stars are getting a windfall — and a bargain — with the minimal filing fee required to run against Newsom.

“You’re on YouTube, and in addition to whatever else you can claim about yourself — you can always say that you ran for governor,” Houskeeper said. “It costs $100,000 to get a university degree. So talk about a $4,000 pad of the resume.”

Paffrath, in recent campaign videos, is quite open about his goals: to get more clicks, more views, more followers to tune into what he says is a new way of looking at management of the state “that has been failed” by fellow Democrat Newsom.

“We can index and Google and get in front of people, and it’s like our cheapest form of advertising,’’ he tells supporters on a recent MeetKevin.com video. “These are big national discussions that we’re having right now — the Child Tax Credit, infrastructure, guns … these are probably three [200,000] to 300,000-view videos. They’re much more likely to get in front of news outlets … like the front page of New York Times.”

Garry South, a Democratic strategist who advised Gov. Gray Davis, the only California governor ever recalled, feared that too many candidates on the fringe are generating attention and driving media cycles — and he counts Jenner at the top of the list.

“And if Gavin Newsom beats the recall,” South said, “it doesn’t matter who these candidates are — or who has [the] most followers.”